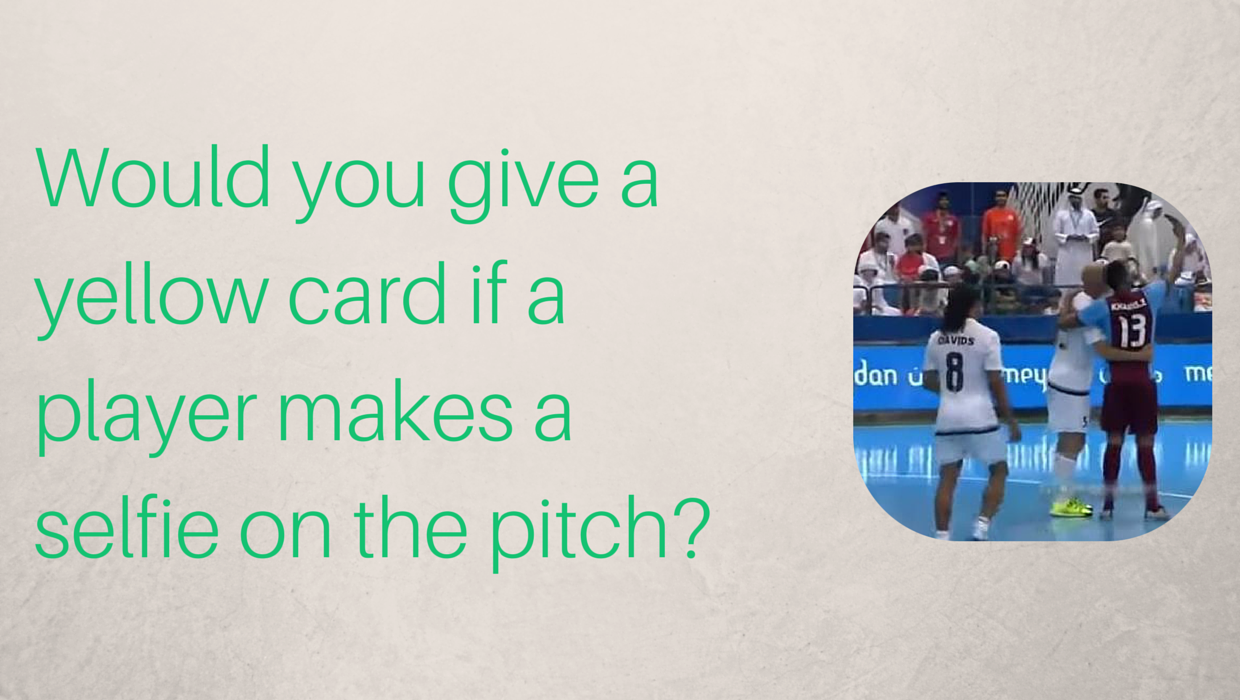 Yellow card for selfie with Zidane. Can you believe that? Modern technology creates quite interesting game situations. I can understand the referee gives a yellow card for that. You don’t want players to walk around with selfie sticks on your field of play.

What happened?A former international player of the United Arab Emirates could not wait until the final whistle of the game. During the game he thought he needed to make a selfie with Zinedine Zidane, who was playing in the opposing team.

My first thought was: that’s quite a funny thing to do. After the game the UAE player might have been too late with Zidane doing PR-related things and not being available for selfies.

But from a refereeing viewpoint: you can’t tolerate such things. If you’ll allow it the first time, how will you deal when another player does the same a minute later? You could start with a stern warning that everybody can see, but I can understand the referee will give a yellow for it to show you won’t tolerate selfies on the pitch.  Players will know players are not meant to make photographs themselves on the football pitch.

I must say that the Laws of the Game do not mention use of smartphone during a match, but I’d call it unsporting behaviour. And I don’t know the futsal rules completely, but you can, if you referee on an outdoor pitch, book him even for leaving the field of play without getting permission while he was getting the smartphone.