New rules need real situations. During Euro 2016 I was waiting for a yellow card for DOGSO, denying an obvious goal-scoring opportunity. I even got messages on Twitter from other referees hoping to see this new rule, announced by IFAB, applied in a real match situation. The rule basically means – full details below – that if a player is challenging an opponent for the ball in the penalty area and he fouls a player in goal-scoring position, the offender only gets a yellow and not a red card.

Shane Duffy was close to a yellow card for DOGSO during the European Championships. But if you have a close look to the line of the penalty area in the video below, the foul was just outside the box and then the new rules don’t apply. The Laws of the Game 2016-2017 are aimed to change the “triple punishment” rule. Triple as in: (1) red card, (2) penalty kick opponents and (3) suspension. Because it’s outside the box, there will be no penalty kick, so no triple punishment.

But even before the season starts I’ve seen a real situation where the new rule is applied by the referee, thanks to Alex who notified me on Twitter.

The IFAB has launched the new rules and says that a red card still should be given for DOGSO situations like the ones below:

“Where a player denies the opposing team a goal or an obvious goal-scoring opportunity by a deliberate handball offence the player is sent off wherever the offence occurs.”

Where a player commits an offence against an opponent within their own penalty area which denies an opponent an obvious goal-scoring opportunity and the referee awards a penalty kick, the offending player is cautioned unless:

In all the above circumstances the player is sent off.

In the situation in the game between Liverpool and Huddersfield a goalie wanted to play the ball but the player was faster and kicked the ball passed the goalie. No handball, pullling, pushing or holding involved here. Although the goalie missing the ball, he was definitely trying to touch it. Did the goalie deserve a red card for the offence anyways? No. So the referee made the right call in this situation. 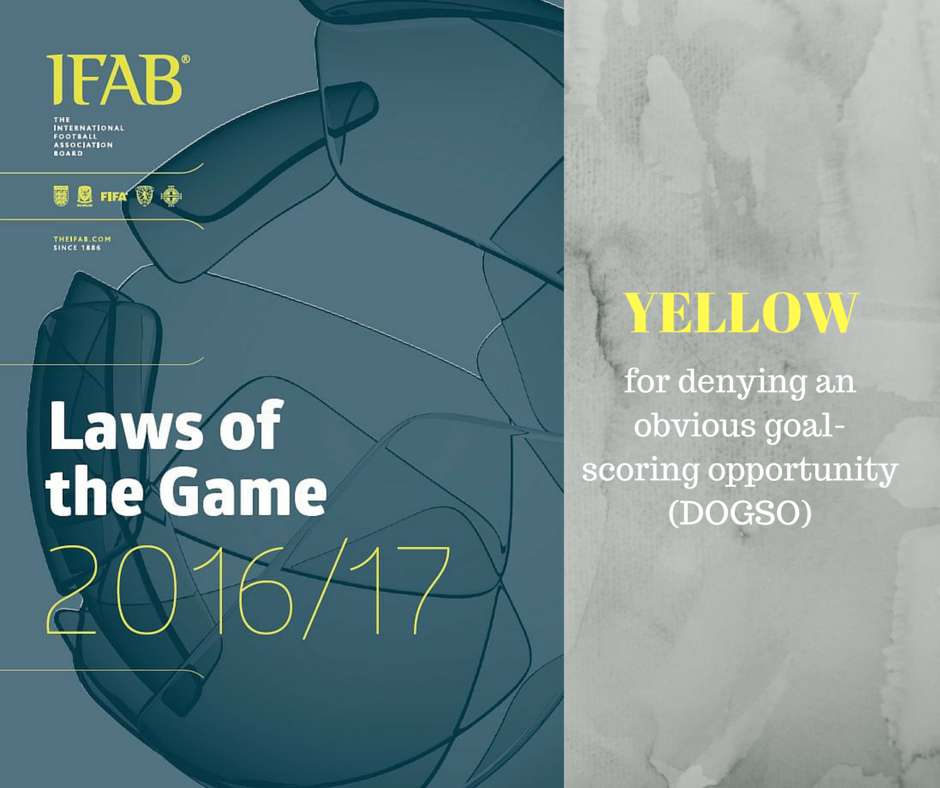