William Labrit is only 15 years old and already has almost four years of experience as a referee. “I struggled at first with many things”, he admits in an interview with Dutch Referee Blog. “However, after working several lower level games and receiving lots of advice from superiors, I began to work with the older age groups and realized that I liked it a lot.”

An interview with this young referee from Florida, United States. He has been refereeing since October of 2013. “I began with officiating toddlers and have since advanced to the premier youth level.” In this interivew he takes you on his journey as referee and shares some tips that will help you too. 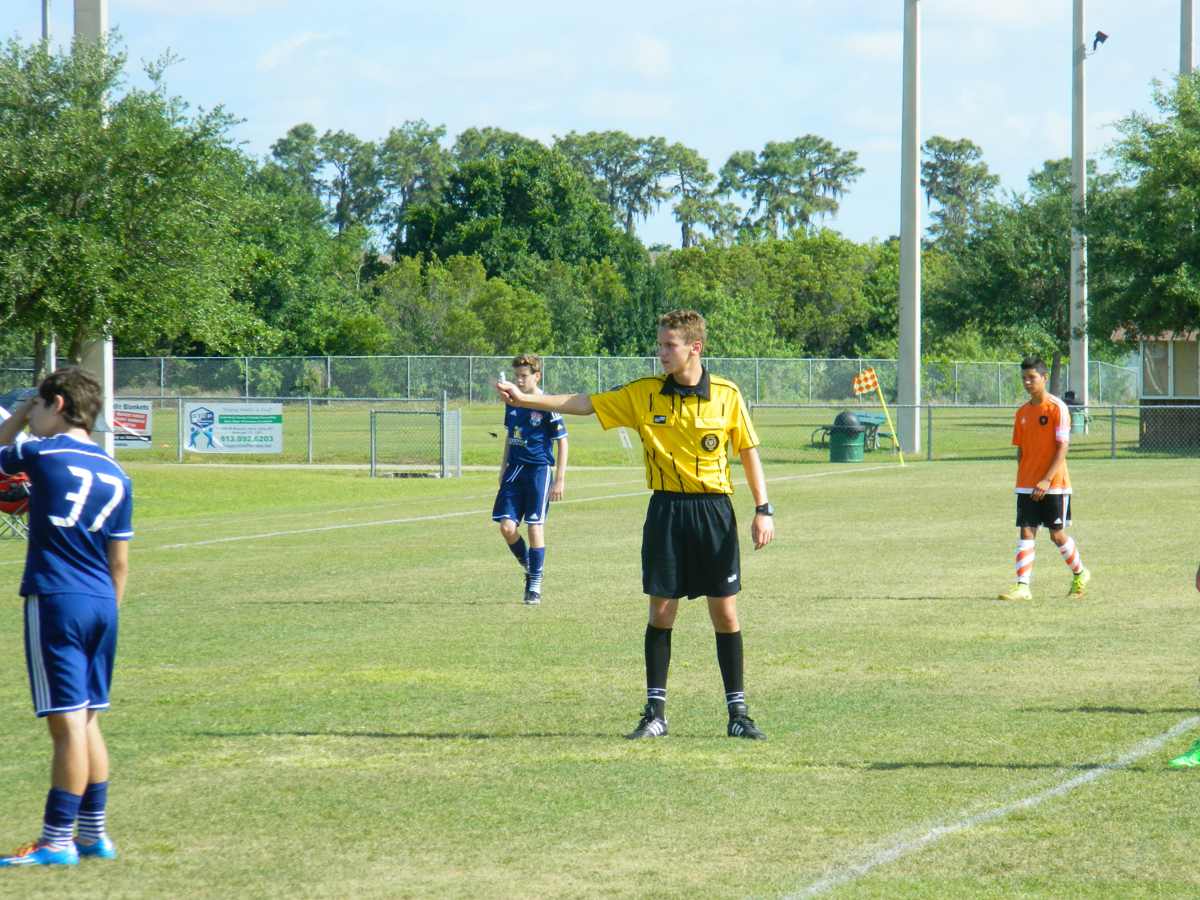 Start of a refereeing career

How did you get involved in refereeing?

William Labrit: The reason I started at 11 is simply because while playing soccer as a kid, I was always interested in the referees and I wanted to be more involved in the game. When I was 11, I had a friend who was refereeing and told me about it. Since there was no age requirement and I found a class, I decided to give it a shot. I struggled at first with many things. However, after working several lower level games and receiving lots of advice from superiors, I began to work with the older age groups and realized that I liked it a lot. A particular assignor took me under his wing and worked with me just about every week and has developed me to be the referee I am today.

William Labrit: I am a cross country runner so I train with my team during the season every day. When we are not training, I get a 5 mile (8km) run in at least twice during the week. In addition, when my schedule allows, I go to the track and run several 100m and 200m sprints. 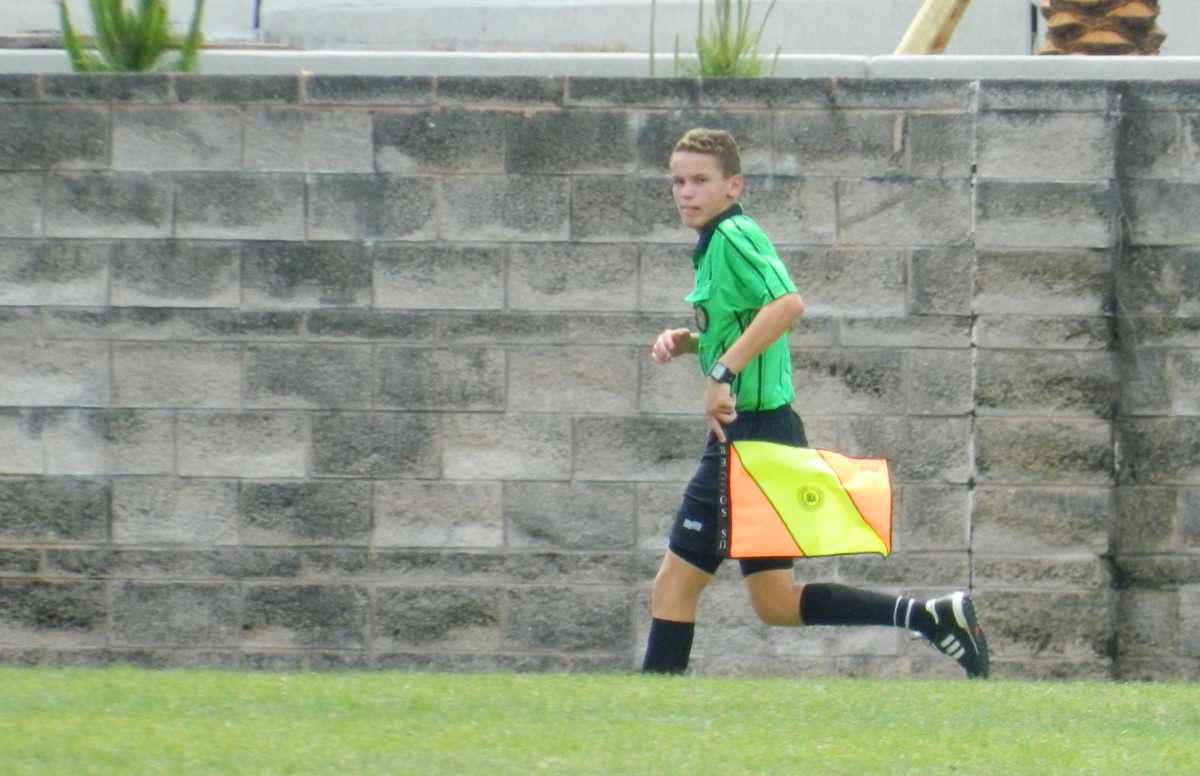 Where do you officiate and what does your refereeing weekend usually look like?

William Labrit: I officiate at many places including my local club and surrounding clubs in the area during the normal season. I have participated in tournaments at IMG Academy and at Disney. My weekends vary greatly: sometimes I will have only one Academy game or I will work several premier level (below Academy) games. For tournaments, I usually have 3 games: 1 center and 2 ARs.

US refs usually do lots of games in the weekend. How do you make sure you’re fit during the last game as well?

In order to ensure prime fitness, I keep up with my training every week. Doing several repetitive sprints with little time in between prepares me for sprinting in games when necessary, even when I am tired. I also maintain a healthy diet and hydrate a lot.

What are your refereeing goals for this year?

William Labrit: For this year, I wish to be selected for the State cup final 4 round. This has been one of my goals since I began refereeing. Something that I have been criticized for is my running technique not being efficient enough. I hope to improve my running in order to increase my efficiency on the field of play, something that is essential at the professional level. Ultimately, of course, my goal is to eventually get a FIFA badge. 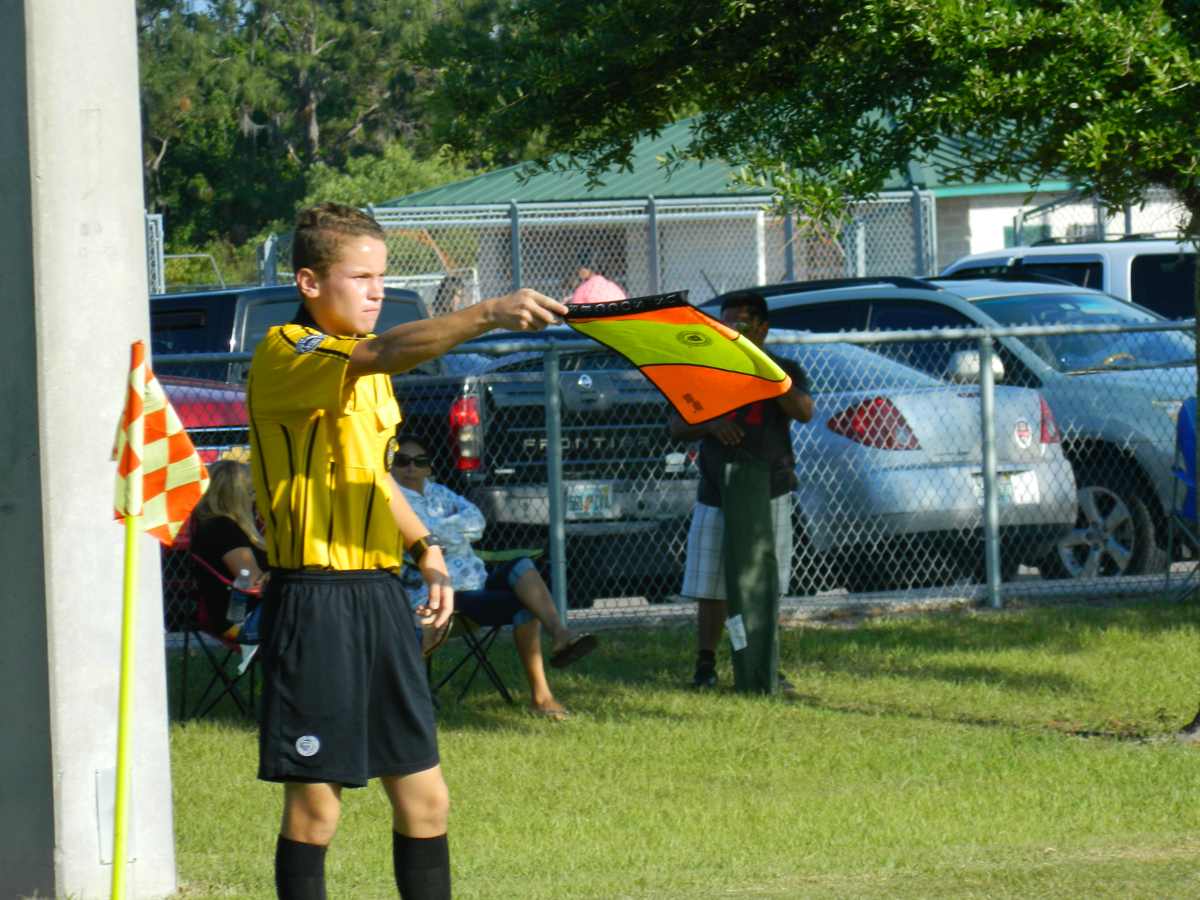 And how are you going to achieve them?

William Labrit: I will achieve my goal of State Cup final 4 by continuing to put forth my best effort. Additionally, I have participated in Regional tournaments and State cup tournaments. So I’ve worked with assessors to improve my mechanics and understanding of the Laws of the Game and interpretations. Of course, I have read the most recent IFAB Laws of the Game and their interpretations. And in addition to that I have utilized several different websites to supplement my knowledge. Think about using things such as practice tests. I have worked on my running technique by hiring a running coach and training with him weekly to improve my form.

Tips for other referees

William Labrit: I have received a lot of tips in my few years. The best 3 include: