After seven hours and a 100 miles of cycling Martin Atkinson steps off his bike in Ede. Tired, sweating, but with a big smile on his face. The Premier League referee is one step closer to his finish line: Kaliningrad in Russia. With his Whistle Stop Tour (please donate) he cycles for a good cause to the country of the World Cup host. “I love challenges like this”, he says. “I love every minute of it and I am happy with my fellow riders and the support team.”

The cycling tour is a great preparation for the next Premier League season, but more importantly: it helps lots of people. “I am very lucky that I can do this, because it makes a massive difference for the people who receive the money and help from the charities”, Martin Atkinson says. The effort, sweat and sore legs are “well worth it” biking these 1700 miles.  “I hope it helps a lot of people.”

I personally love the passion Martin is putting in this tour to help out people in need. I’ve donated my last match fee to support Martin during his trip. Will you do too? Let’s support a fellow referee. You can donate on their Whistle Stop Tour page (also just a few euro’s/pounds).

Good luck with the rest of the tour, Martin (and team)!

PS: want to know more background info on the charities or trip details, check below the picture. The Whistle Stop Tour will start again in 2018. Premier League referee Martin Atkinson will cycle all the way to Russia (1700 miles) to support the good cause. This initiative started in 2016, when Jon Moss teamed up with him. Then they cycled a  thousand miles to visit all the twenty clubs from the highest football level in England.

In 2018 Martin will be flanked by fellow riders Mike Tomlinson and Darren Clark, representing the Jane Tomlinson Appeal for the duration of the ride. And as in 2016, the riders will again be supported by Chris Sanders from 1st Class Events and Barry Phillipson from Smart Therapy Studios, the trio will be joined by other riders throughout their journey, including Atkinson’s fellow professional referee Jon Moss, Jim Butters, who led the 2016 challenge, Paul Edmondson, and Mick McGuire from James Grant Sports.

Starting at 11th of June

The WhistleStopTour2018 has started at St. George’s Park on Monday, June 11, and the team will travel through France, Belgium, Holland, Germany and Poland before reaching their destination in Kaliningrad 18 days later to watch England face Belgium in their World Cup clash on Thursday, June 28.

The ride is all in the name of charity, with the money raised being split between the St David’s Hospice Care Newport, University Hospitals – Coventry & Warwickshire Charity, Yorkshire Young Achievers Foundation and The Jane Tomlinson Appeal.

Atkinson said: “It’s going to be a huge challenge, but it’s one I think we’re all relishing. In 2016 we cycled to all 20 Premier League grounds, which totalled around 1000 miles, so we’re really upping the ante for this one. We’ve been saying it’ll be 18 days of hurt, but it’s all for some brilliant charities, so we’re ready to go through that pain barrier! We want to raise as much money as we possibly can, so any donation, large or small would be gratefully received.”

You can keep up to date with the riders on their official Twitter handle @WhistleStopTour and you can donate on their website.

Pictures are from their previous tour. 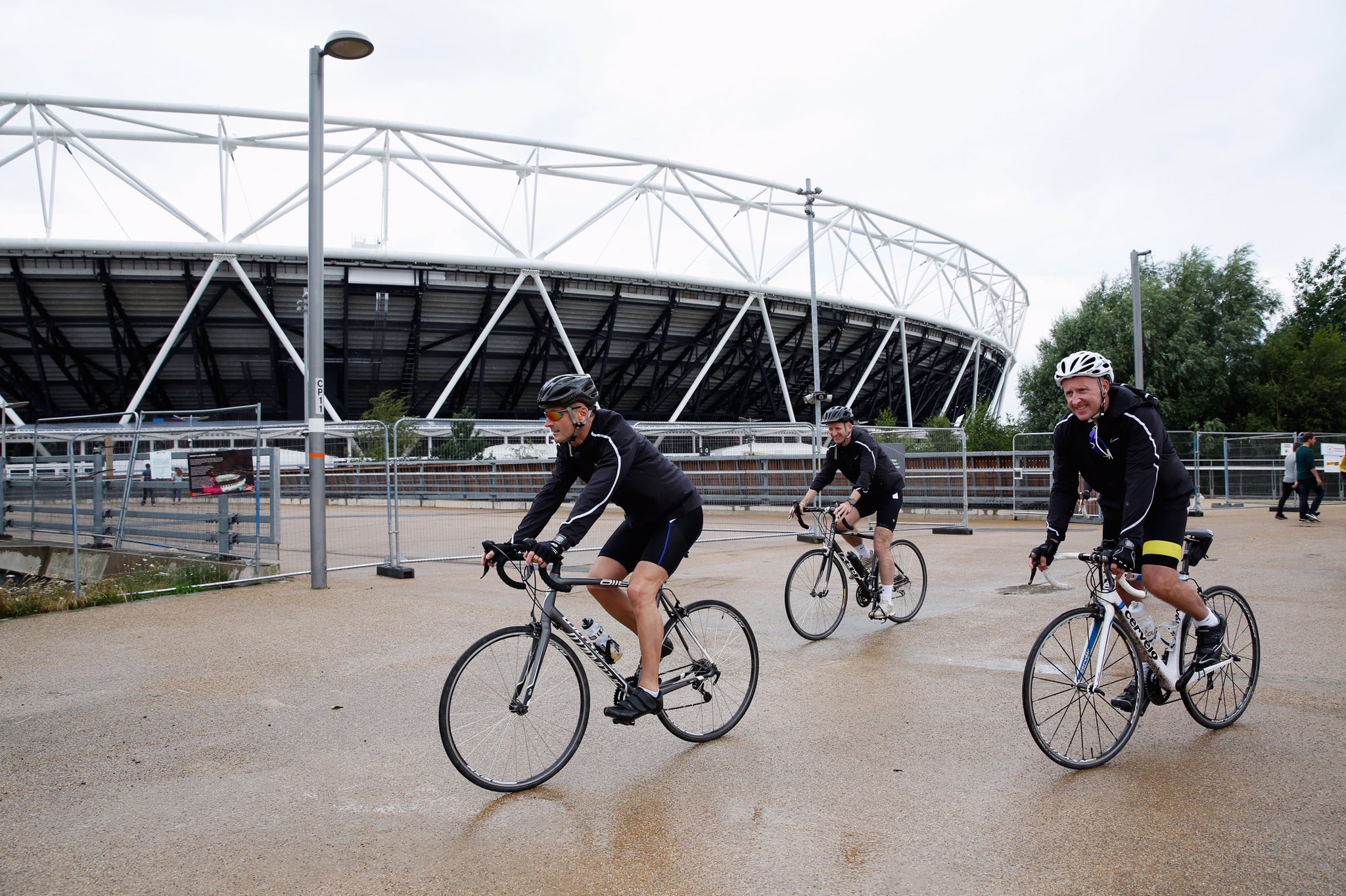 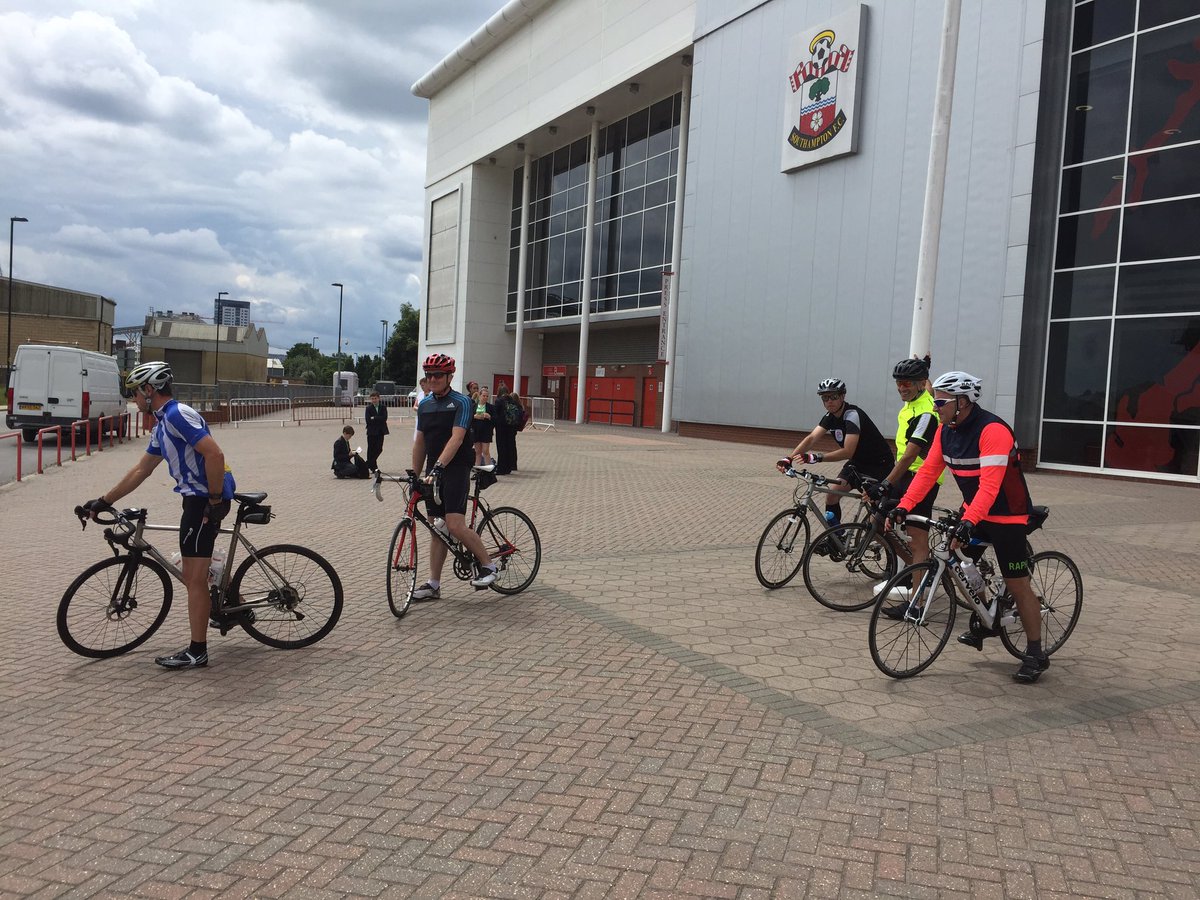 One thought on “The Whistle Stop Tour with Martin Atkinson”