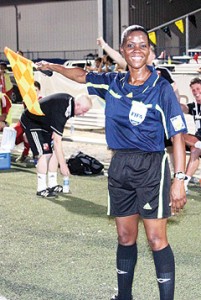 11 thoughts on “Wendy Fisher: international referee in only 4 years”