Water bottle goal: correct or not? You might think: a what? Here’s the match situation that happened recently in the game between Twente and Zwolle.

Jason Cabral, a FC Twente player, receives the ball on the right side. He dribbles to the edge of the penalty area and curves the ball towards the goal. In the picture below you see the moment he’s going the shoot. Watch the circle right before the goal-line. 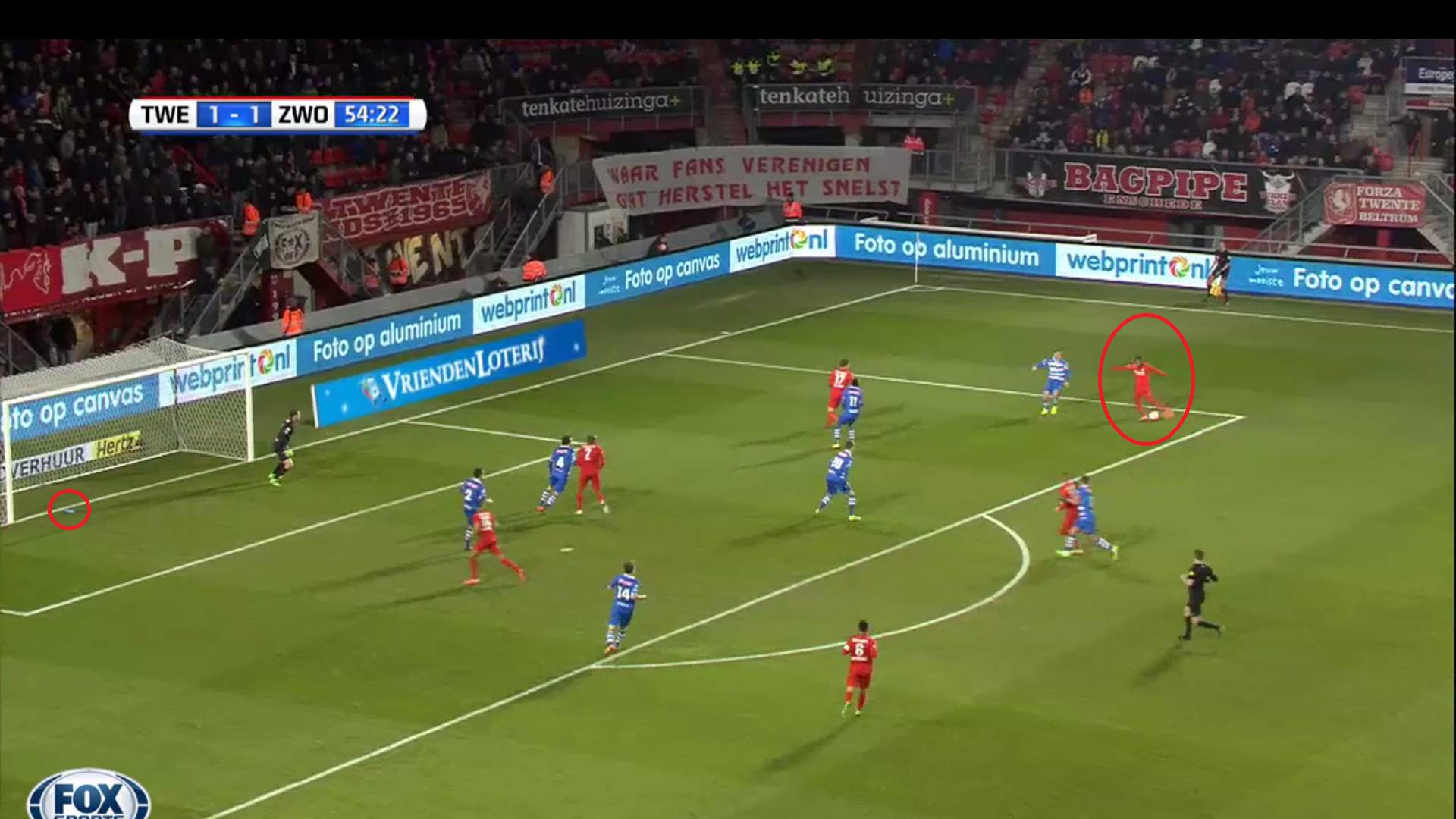 Yes, it’s a water bottle from the goalie. How would you try to avoid externa materials being on the football pitch? A water bottle lying low on the ground would be difficult to spot by the assistant referee.

But what if the ball touches the object on the pitch? That’s how this situation continues. Cabral’s shot bumps via the water bottle into the goal. Is that allowed?

In the football rules the so-called outside agent is only mentioned as a person: “Anyone not indicated on the team list as a player, substitute or team official is deemed to be an outside agent, as is a player who has been sent off.”

Below you’ll see a screenshot of that. The video was not embeddable, but you can see it on Fox Sports NL.

So every referee needs to whistle if an object does interfere with play according to the Laws of the Game.

What would you decide if you spotted the ball touched the water battle? Would you allow the water bottle goal?

5 thoughts on “Water bottle goal: correct or not?”