IFAB was doing live tests with the video review in the United Soccer League. And then the need for the video assistant referee was necessary and it immediately proved to be useful. Referee Ismail Elfath need to approach VAR Allen Chapman in the game between New York Red Bulls II and Orlando City B. A defender made a foul, but was it just inside or outsite the box? 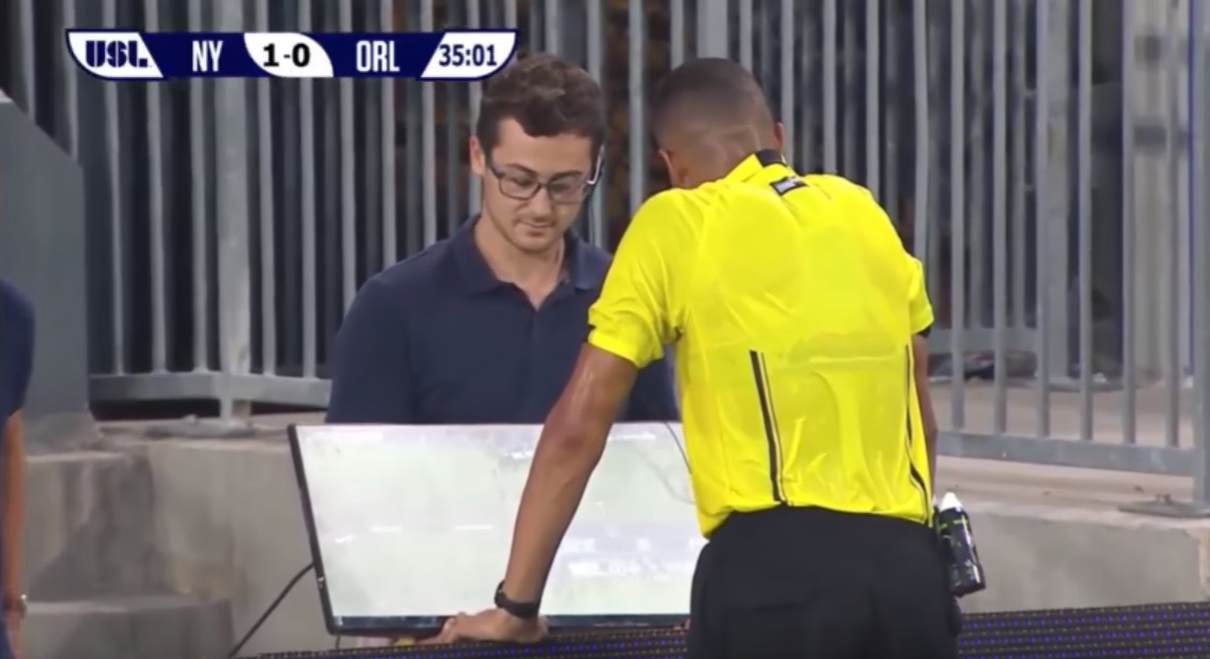 When you test a system, these are the examples of the video review that you need. The referee has given a free kick just outside the box for denying an obvious goal-scoring opportunity. He seemed to be sure of his decision. But then it looks like he reminds himself he has the opportunity of asking for a video review. He signals for the review, drawing a tv screen in the air with his fingers, and walks to the sideline. After seeing the video footage he was assured he made the right call. Because it was outide the box, he has to show the player a red card for DOGSO. Check video of the incident below.

“The MLS have offered The IFAB the opportunity for further trials in selected matches in the United Soccer League (USL)”, the IFAB said in a statement, “to test communication between the VAR and the referees during the match. These trials are an important element in the lead up to the future experiments in competitions in the seven countries which have confirmed their participationas well as selected FIFA competitions.”

PS: in the new rules, a player who denies an obvious goal-scoring opportunity inside the box, will only get a yellow on certain occasions. Check out that DOGSO case study I wrote