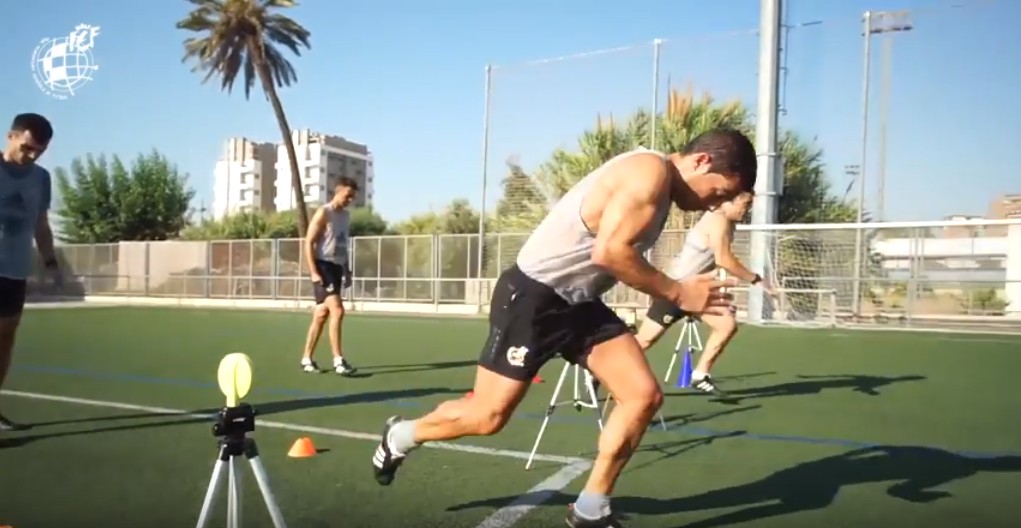 In Spain the referees reached their final stage of preparation for the season. All referees gather together in Valencia. The biggest topic is the introduction of the video referee.
The referees reach the final stage of their preparation after weeks of work and demands. Days of fine tuning, talks, training and enthusiasm before a new season that will forever change the refereeing in Spanish football thanks to the technological assistance that the VAR will provide.
Watch the video to get an impression about their training camp, the FIFA fitness test for referees and more.

Training camp for referees at FIFA

Uefa also held a training camp for referees in Nyon. Because the season is about to start, most of the elite and first category referees were present. In total there were 94 referees – 73 male and 21 female officials at the summer gathering.

“Our message to the referees is that we won’t settle for anything less than the best,” said UEFA deputy chief refereeing officer Hugh Dallas on the Uefa website. “We have always prided ourselves on high-quality performances as far as European refereeing is concerned.”

Take action to protect the game

Hugh Dallas also stresses that referees need to take action against awful behaviour of players. “The referees have also been reminded to take strong action to protect the image of our game”, Dallas says. He adds: “And deal appropriately with players who are guilty of mobbing/protesting against their decision-making.”

Totally in line with the blog post I wrote after the World Cup so far. But then he mentions something interesting:

“One of the tasks of the referee is to guide, manage and keep all 22 players on the field of play”. For me these are opposite things, because taking strong action does not go well with keeping all players on the pitch.

I am curious what you think. Is it a task of the referee to keep all 22 players on the field of play? Or should you aim for that by game management, but take appropriate measures when that has to be done.