Kieran Dowell touching the ball twice at penalty kick this weekend. In the cup match against Arsenal. How would you handle in situations like this?

And during last season a similar situationLeicester City got a penalty kick against Manchester City and Mahrez is the taker. He kicks the ball, but slips. The goalie protests right away and referee Robert Madley makes a quick decision. He disallows the goal, because it’s not allowed to kick the ball again before a team-mate or opponent has touched the ball.

Below another example plus an further explanation based on the Laws of the Game. 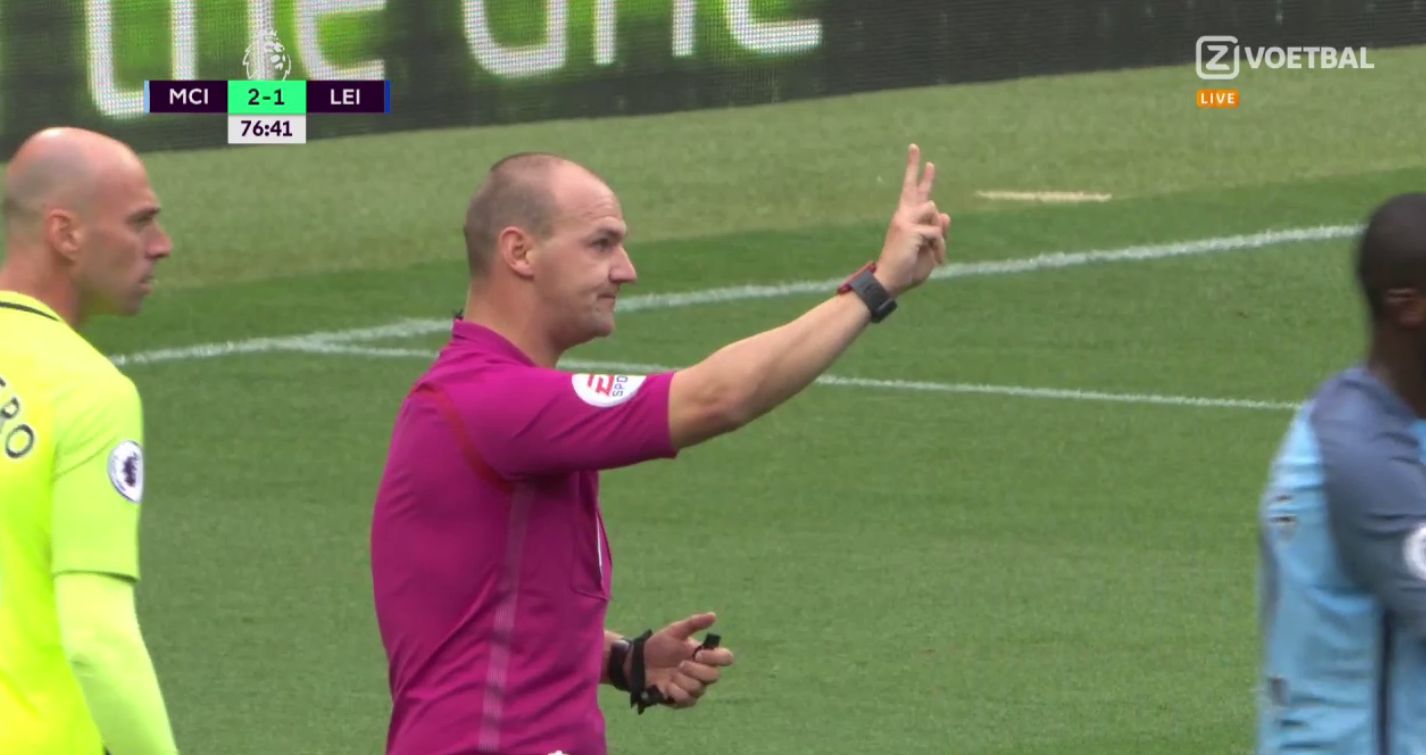 And have a look at the situation below.

There’s also a similar situation in the Serie A earlier this season. In the game between Sassuolo and AC Milan Bacca touches the ball twice, but I needed a few replays to see that. At first glance it’s difficult to see what exactly happens. 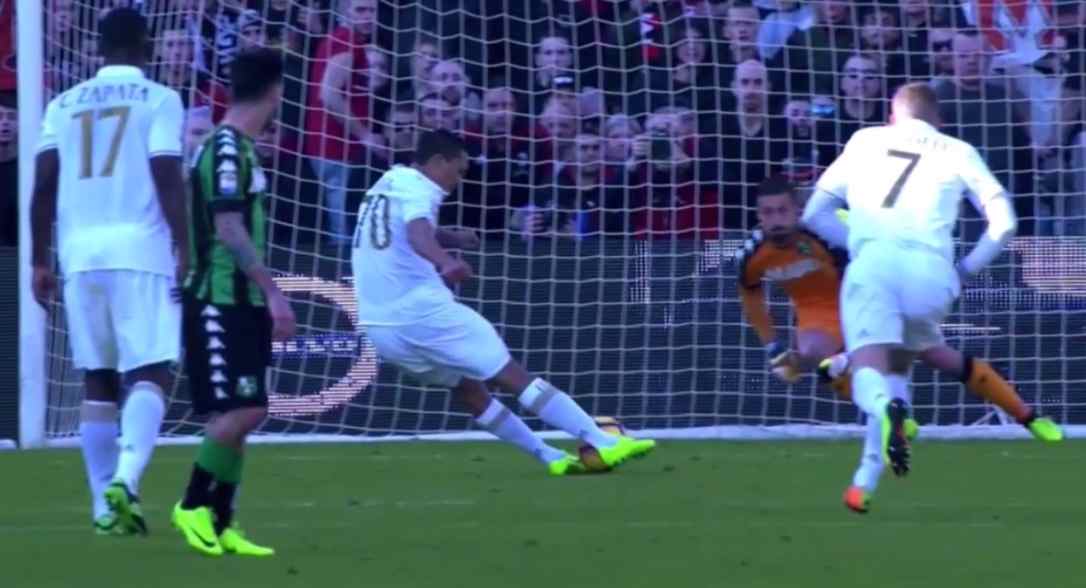 But for the players on the pitch it was very clear. They immediately asked the referee if he had seen what they saw. Bacca’s left food slipped, so he could not take a proper kick. He shoots with his right foot, but can’t prevent it from touching his left foot as well before anyone else touches it. That extra touch gives the ball an extra spin, which puts it over the goalie, who is not able to touch the ball.

Arbiter Café on Twitter got me a clip that I could embed on the blog. Much appreciated. Please have a look and see if you can spot Bacca touching the ball twice at penalty kick. Below the video you’ll find an explanation based on the Laws of the Game.

Difficult to spot, right? Only the replays will give you a clear view of what happened.

Explanation with Laws of the Game

Referees have to focus on a lot of things during a penalty kick. They don’t want players or the goalie to move too quickly, but in the end not many referees whistle when it happens. Just wanted to know from you if referees should get more strict on encroachment. Vote in this Twitter poll.

During lots of penalty kicks taken in professional leagues one or both teams are encroaching. Should referees get more strict on this?

Want to read more? Check all case studies on my blog.

7 thoughts on “Touching the ball twice at penalty kick: allowed or not?”