Tom Simmons is currently a level 5 referee, but lasts month was very exciting for him. He had to wait a few weeks to finally hear the good news about his promotion to level 4. Recently he got a cup final. An interview with this 23 year old UK referee. 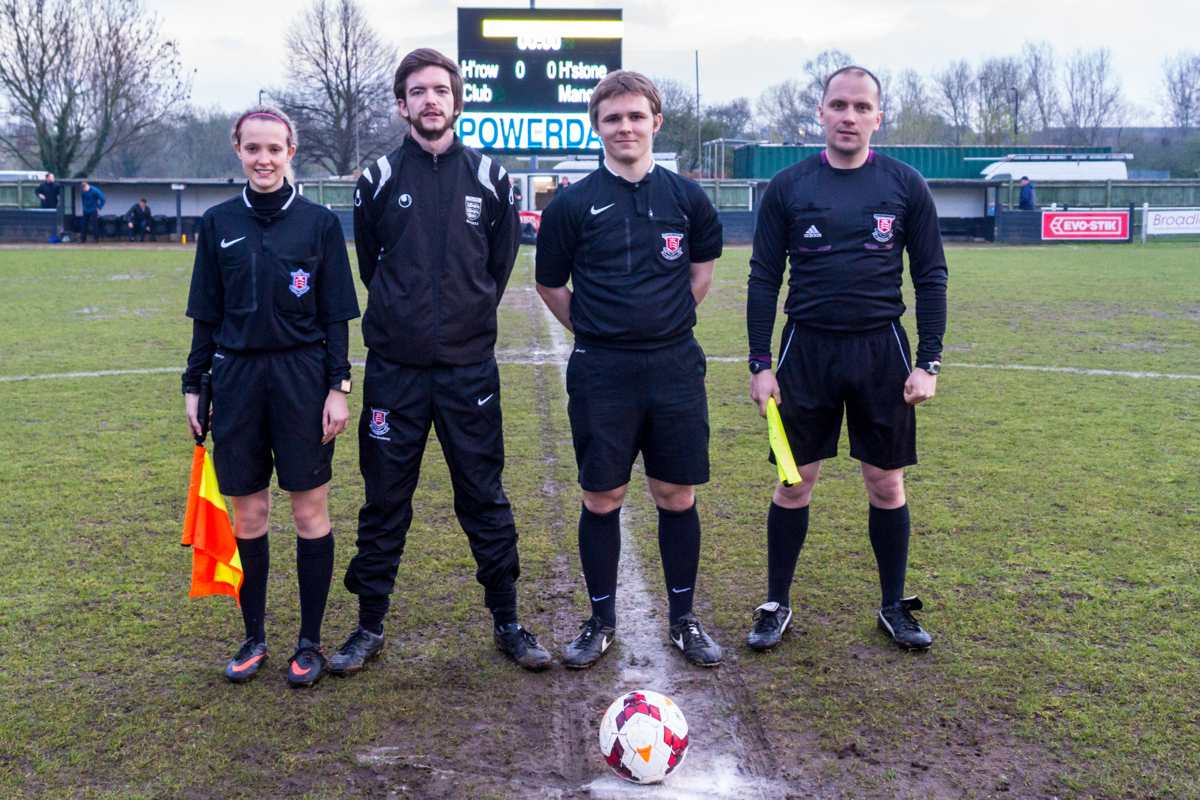 Please introduce yourself.
I’m Tom Simmons I’m 23 years old from England, currently refereeing with Middlesex FA I am a level 4 referee after the promotion.

When and why did you decide to become a referee? Why do you love it?

I guess me becoming a referee is one of those cliche stories when my old PE teacher needed someone to run a line for a school game and I said I’d do it, at the end of the game he suggested that I put myself on an official course because I was good at it.

The weather isn’t that good in England this year. Many games are off. Isn’t that frustrating for a referee? How does that effect you? You build up towards a game and then it’s cancelled – again?

I personally don’t let the weather and matches being called off and postponed bother me too much, my mental prep for a game is the same regardless of if it’s likely to be called off or not, I will always get a good night sleep and ensure my kit is packed before I go to sleep, that way I am not rushing around in the morning to find everything. If a game is called off, I know it’s not the end of the world as I do have university work I can get on with.

In March IFAB decided on the new rules of football and has for example approved the use of the video referee in trials. What suggestions would you have for rule changes that would make the job easier for you?

I think the main three concerns I have with regards to video referees and running a trial would be; will it bring unnecessary delays to the game while things are checked? Will the video referee be as used as it has in rugby where referees are almost seen to be deferring every difficult decision to the video referee rather than doing what they used to and making those decisions. Finally depending on how and when video reviews can take place, how will play restart if a review is unproven? If it helps the referees make the right decision and they don’t become over reliant on it then I’m all for it.

Beyond the physical training I do in the gym to maintain my fitness and to prepare for the fitness test I attend my local society once a month were we discuss match incidents and how we can improve. 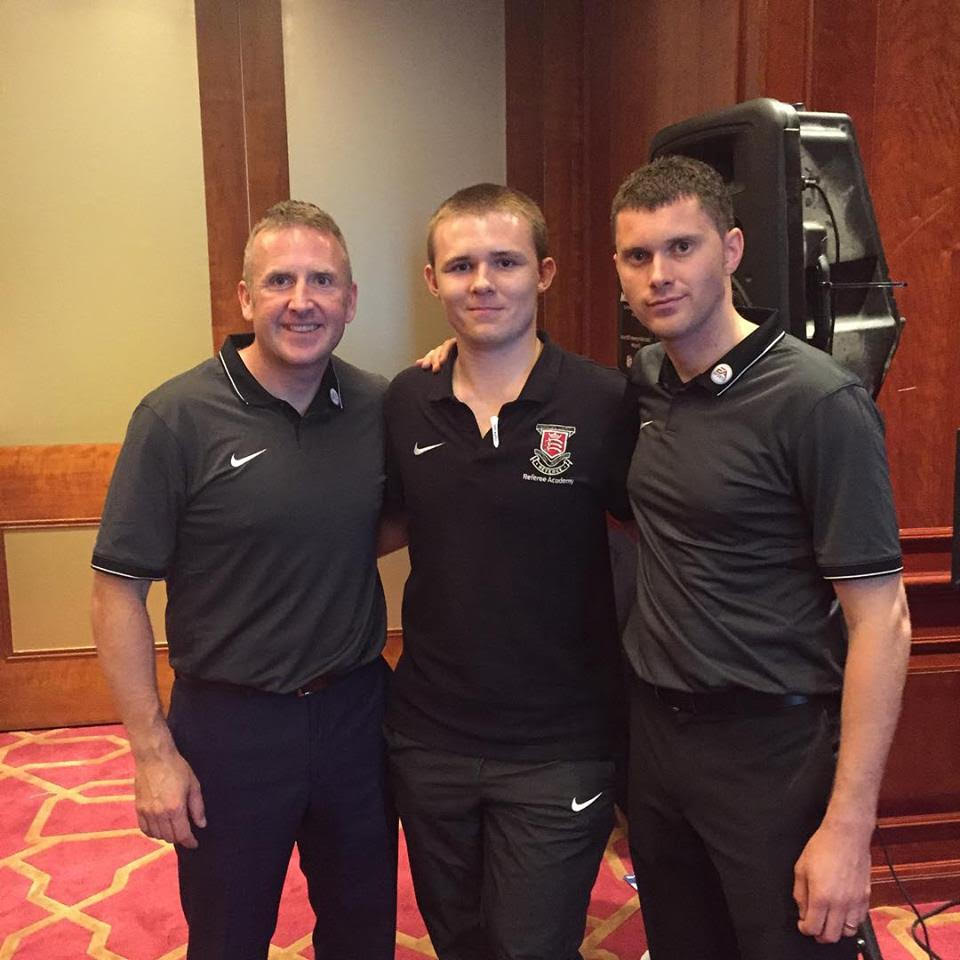 How important is your local RA for you?

I am also a member of the Middlesex referees academy we also meet once a month and it is an invitation only academy for those who show promise and wish to progress to the higher levels of the game. We talk about our assessments and how we can improve for our next game / assessment. Last year was also my first RA national conference which was held at Heathrow, it was such an amazing experience to meet the referees from the Premier League and have them and FA tutors give you advice.

What are your goals as a referee?

What are the best tips you got so far in your career? And how did they help you?