Tic-tac-toe exercise for referees – or noughts and crosses for the British readers. It’s a really funny exercise I’ve done with the referee association of Leiden.

You all know the traditional game where you have to get three things in a row. But this exercises combines physical training with a playful exercise. 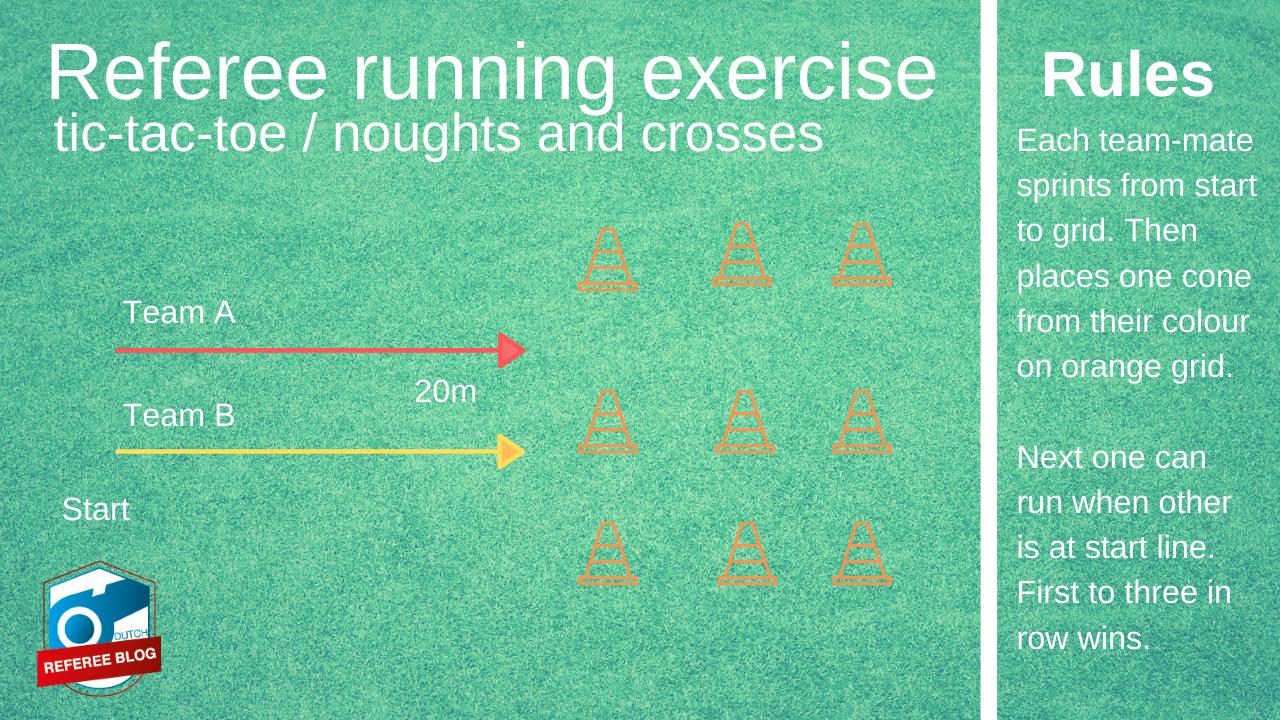 Give tic-tac-toe an extra dimension

It’s also funny to give the game an extra dimension, because sometimes the previous exercises is too easy or ends in a draw constantly.

In this version the all the rules are the same, but now you can place a cone of your own colour or remove one of of the cones of your opponent. Now it comes to team tactics, because you need to communicate with your team.

Love to hear from you if you have any of these playful exercises during your training sessions. 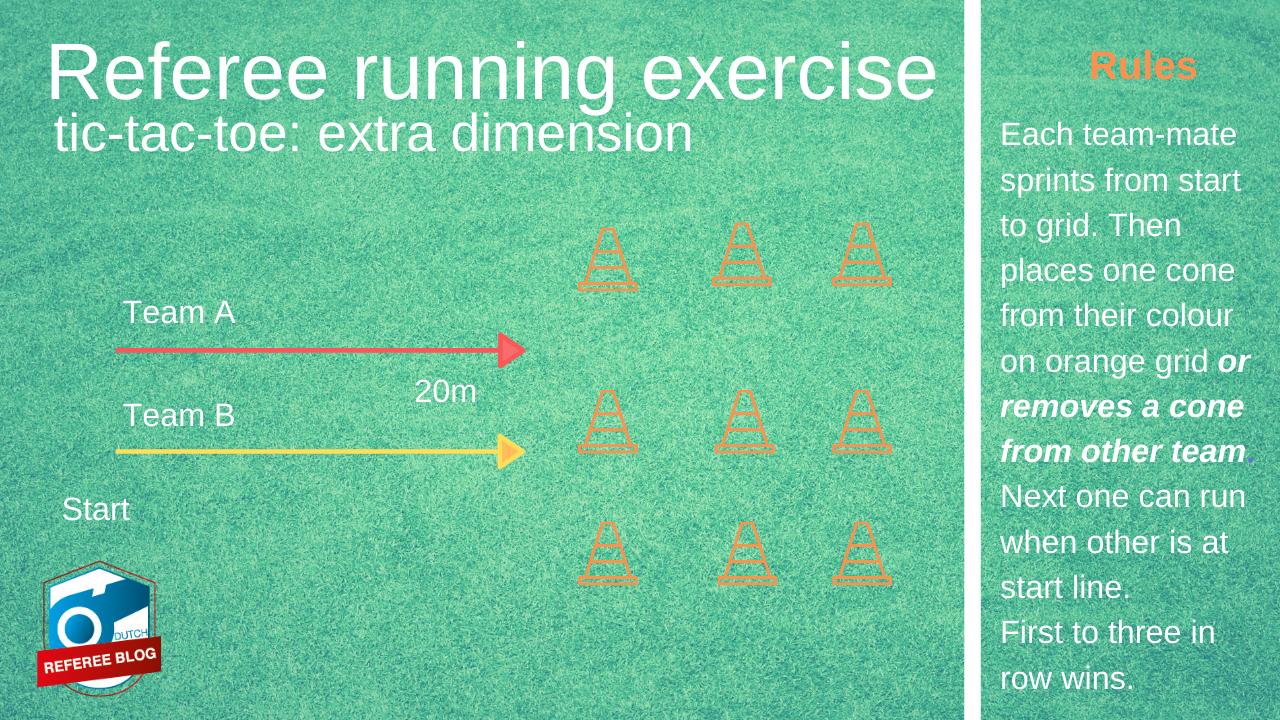 I personally also liked this idea by the Heavy Woollen RA. Watch it on Facebook.

They let you work with vests and you have to bring them to one of the 9 zones with noughts and crosses. You need coordination and teamwork in the refereeing team.

I can’t embed it, but here’s a screenshot from it.

4 thoughts on “Tic-tac-toe exercise for referees”