The Dutch national team has failed to qualify for Euro 2016, refereeing team Kuipers will go to France in the summer. “I hope to grow as a team during the tournament”, says Bjorn Kuipers in an interview with Dutch Referee Blog in May. “And in the end I dream of refereeing the final”, he told before the tournament. UPDATE July 7 2016: After the Quarter Finals, where Kuipers officiated France – Iceland, the Dutch refereeing team was sent home. “It’s awful”, he says in a statement by KNVB. “We had the goal to reach the final and we didn’t make it. The proudness of the achievements during this tournament will maybe come later on. At the moment  it’s just disappointment.”

Although Kuipers was sent home, it’s still interesting for all referees to read how a top referee prepares for a big tournament. Read some great insights from Bjorn Kuipers below.

The Dutch refereeing team is having a four day training camp in De Lutte, close to Björn Kuipers’ hometown. Sander van Roekel and Erwin Zeinstra are his assistant referees and Richard Liesveld and Pol van Boekel will join him behind the goal-lines. Team Kuipers gives a press conference three weeks before the European Championships and Dutch media can visit a training session. “We’ve payed a lot of attention to our physical condition again”, he says. “In 2014 in Brazil we were probably in better physical shape than some players. We had to stop the game a lot because players were having leg cramps.” 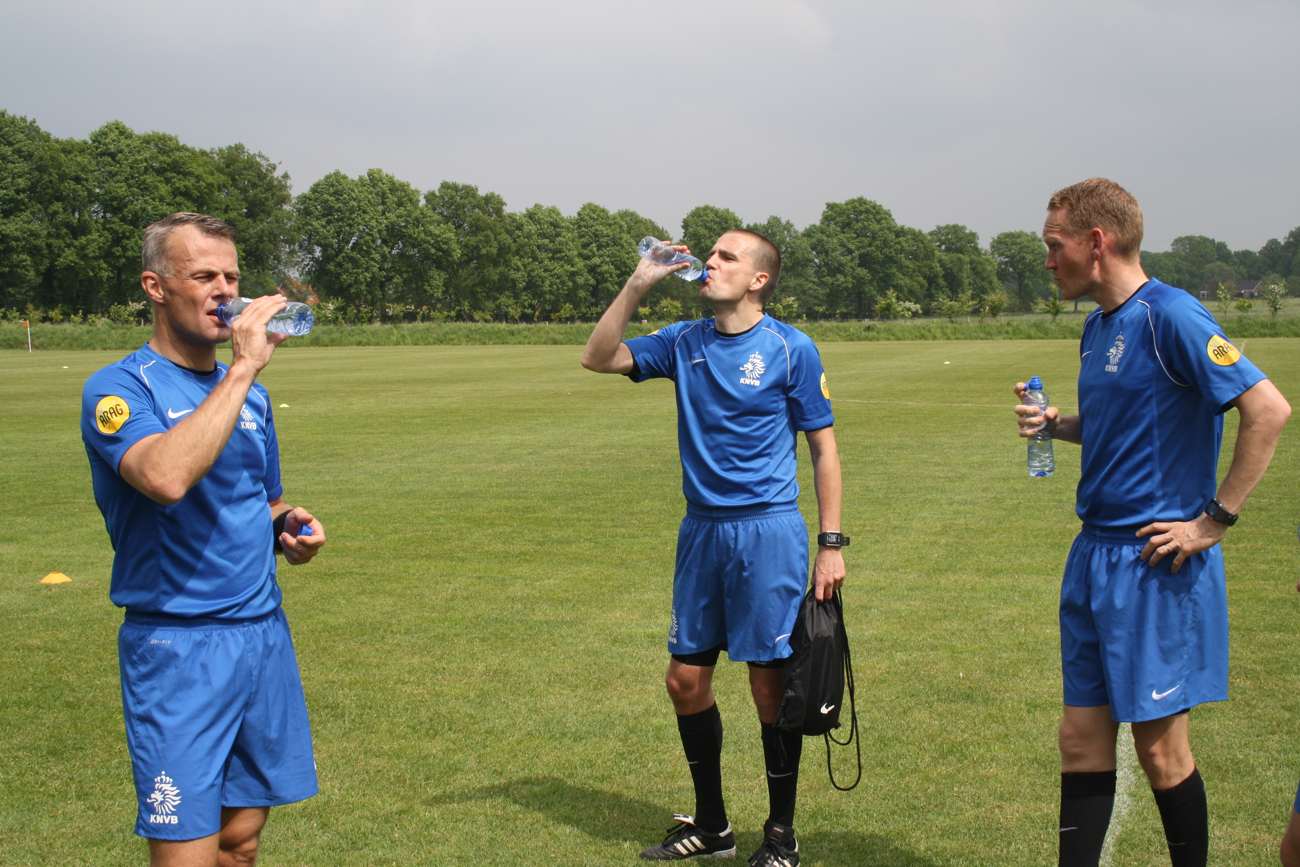 Growing as a team

But physical fitness is not what Kuipers is most proud of. “We have grown as a team. And being a team is what refereeing is about nowadays. Having the right people at the right places and communicating better each time.” Sander van Roekel joined team Kuipers in 2008, Erwin Zeinstra followed in 2011. From then on they were a team. “But being a referee at such big tournaments was something I’ve never thought of when I started officiating”.

The first big tournament for Team Kuipers was the European Championships. A disappointing tournament for the Dutch, because they went home after two group stage games. “But then we came back stronger than before”, Kuipers says. The officials officiated the 2013 Confederations Cup final, a Champions League semi-final and the Europa League final.

“We’ve continued that level of performance in 2014 with the Champions League final. We were the top favourite for refereeing the World Cup final, but we didn’t count on the good performances of the Dutch national team. For the Dutch fans it was fantastic, and I do support the Dutch team as well, but missing the final was a big disappointment. But looking back at our performances in 2014, it wasn’t disappointing at all. We performed very well.”

The 2015 season was over after a poor performance at the CL game between Chelsea and Paris Saint Germain. “Then our international season was over for that year”, Kuipers says. “In the latest season we have some good performances and appointments in the Champions League quarter finals and Europa League semi-finals.”

The last game of the Dutch 2015-2016 season will be the play-off between FC Utrecht and Heracles for a spot in the Europa League. Kuipers will be assisted by his extra assistant behind the goal-line as well. That is an important game as final preparation at the end of our training camp.” 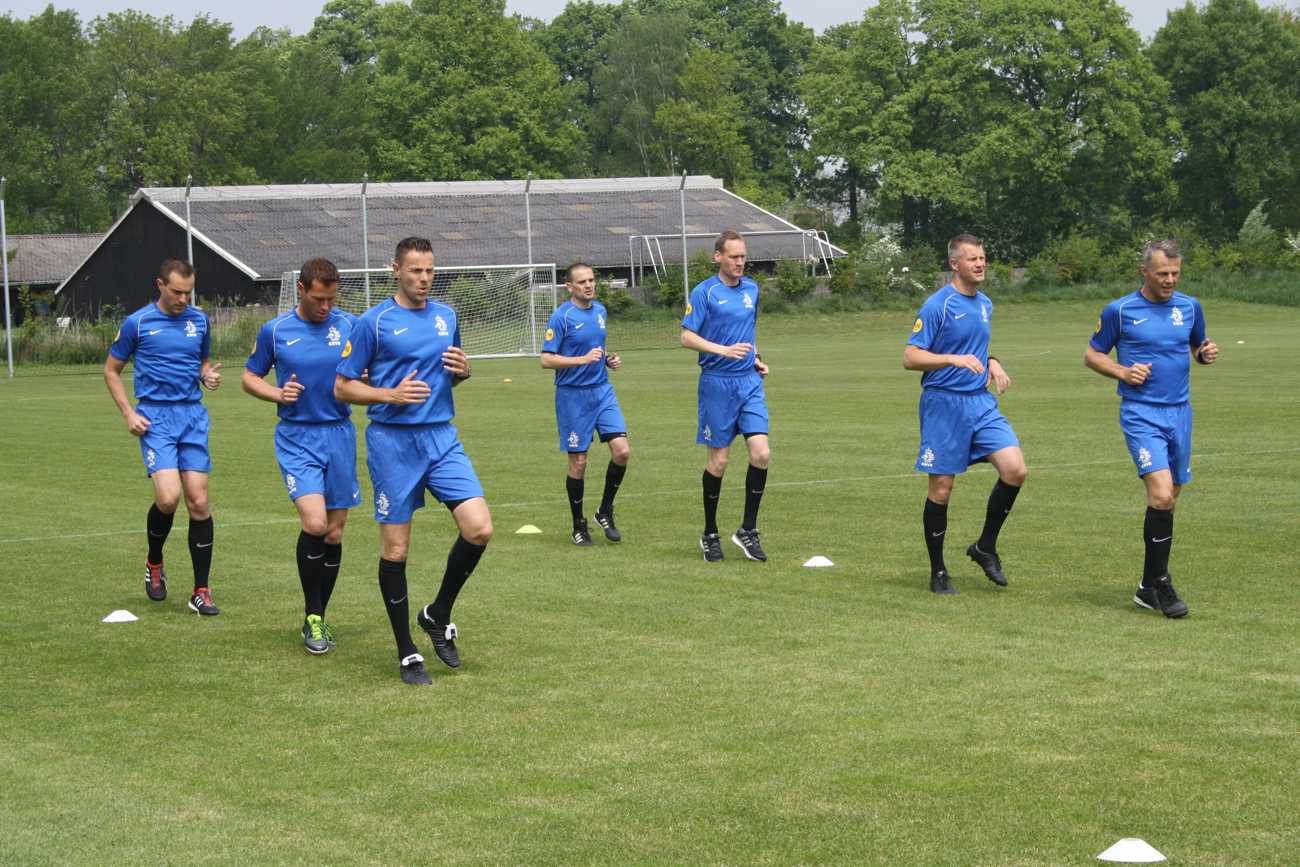 The goals for France

“We’ve gained a lot of experience since our last tournaments. In 2012 we were more nervous. Now players know us and that’s also a big advantage. They know what you’ve achieved as a refereeing team.”

A long silence follows when Kuipers is being asked about his goals for the tournament. “We all have dreams”, he replies then. “Every championship has shown that you have to grow each and every game.” And can only say you’ve delivered a good performance when the referee has blown the final whistle. “If you give everything and make right calls for 87 minutes and then you’ll make a mistake, that’s the thing everybody talks about. But when you did a good job, you’ll feel that as a team. It’s something players recognize after a game, as referees you’ll have the same feeling. And you’ll notice you’re getting better every game. We’ll hopefully continue to grow in France. And yes, in the end I dream of refereeing the final.”

Will this be his last big tournament? Kuipers hopes he’ll be able to officiate at another World Cup, so he could end his international career in 2018 in Russia. “There will be new talented referees who can take it over from then.”

Applying the new Laws of the Game

In France the new laws of the game will be used. That means  a change in the triple punishment (red, penalty kick, suspension) rule. If players are fairly challenging the ball and there is no pushing or pulling or serious foul play involved, only a yellow card is shown and a penalty will be given. “It’s the first big tournament with those new rules. During this training camp we prepare all those new situations with our team.”

The Dutch team will fly to Paris on the 6th of June, one week ahead of the tournament. If they reach the final they’ll be at least 5 weeks from home. “But before the World Cup in Brazil I officiated the Champions League and we had a training camp in Turkey. I wasn’t home for almost seven weeks”, Kuipers says. “France is a little closer and I can get tickets for our games so family can watch the game, but there’s no room to see our families face-to-face during such a big tournament.” Luckily there’s plenty of opportunities due to Skype and Facetime to stay in touch with their wifes and kids.

Family contact is fine, but no interviews with newspapers or tv channels. “We can read whatever is written about our games, but I will not do that. That would take too much time.” In France the referees will be having training sessions almost every day. In the afternoon they will analyse their performances and watch video clips as match preparation. “I try to know team tactics, if players of different countries are teammates, if there were much challenges in previous games.” All this information will influences the way he chooses his position during the game. “If you know the goalie is playing the long ball a lot, you need to anticipate to that. A good preparation is key.”

4 thoughts on “Team Kuipers ready for Euro 2016 in France”