Referee Peter O’Leary wasn’t safe after he refereed the World Cup match Nigeria – Bosnia Herzegovina in Brazil. After months of silence he talked with the NZ Herald about the situation. 2014 became a top year because of the selection for the World Cup, but he also became Bosnian public enemy number one

What happened during the World Cup?

“That’s an obvious error,” O’Leary says in The NZ Herald. “The assistant referee at the time said it was offside, put his flag up and I said, ‘Thank you very much, offside’. I didn’t make the call. However, as the referee, I’m in charge. I’m responsible and I carry the can.”

23.000 fans signed a petition to stop O’Leary from refereeing. Some wanted the Kiwi referee to die. Another one wrote: “If this petition doesn’t do anything, I’m gonna go up to his doorsteps at (midnight) and burn him and his house”, cited by the Daily Mail.

“I had a long international career and I certainly never experienced something like that, and I don’t believe many other referees have either. That was a very exceptional thing.” Referee Peter O’Leary never got the bullets in his mail box. The most difficult thing for him was that he stayed in Brazil, while is his wife and two sons (5 and 7) were at home. 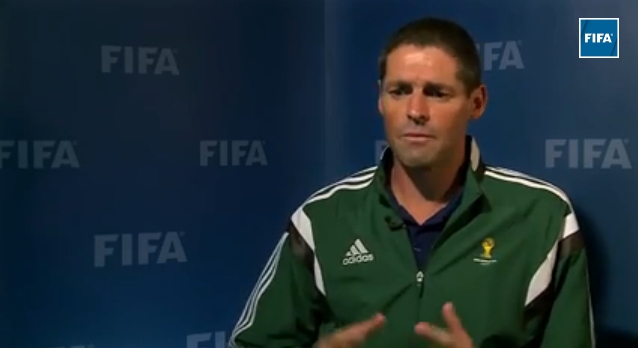 Before the World Cup Fifa released interviews with all the referees and Peter O’Leary told that his goal was to be the ‘invisible man’, so “the players can be the stars“. Unfortunately for him it didn’t go that way. Not only the goal was wrongly disallowed, also a photo appeared of the referee hugging the Nigerian goalie. (I don’t owe the rights of that pic, so check it here)

Referee Peter O’Leary explains how that happened. “The Nigerian goalkeeper is a character … with a sunny disposition. At the end of our game he had the ball, I went and got the ball off him. He said congratulations (for being part in the World Cup programme, Jan), put his arm around me and I put my arm around him. While we were doing that, the fourth official said something in my ear and that made me laugh.”

The incident caused Fifa officials to examine O’Leary’s cellphone and laptop for 24 hours to probe match-fixing. “They said: we don’t have a problem with you”

O’Leary’s conclusion about this year: “It has been tough. It makes it difficult, but also football’s just a game and it’s important to remember that.”

Today, the second edition of SummerRefs has something special: the referee comes from southern hemispere, so this actually is a WinterRefs. In this section refs from all over the world and all with different experiences will tell about their refereeing career and how they prepare for next season during this summer break.

Each Saturday a new profile will be posted online, and the second person who answers the five questions (5W’s) is Mike Cowie from New Zealand. 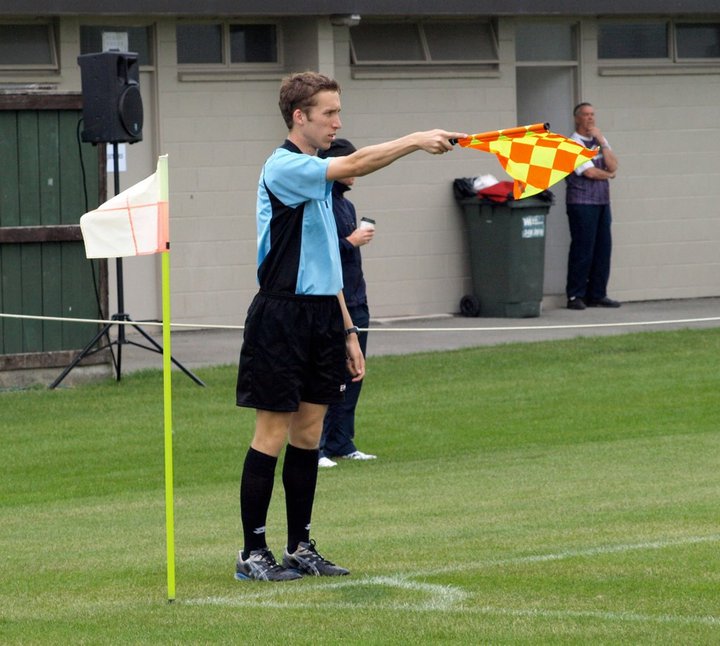 Who do you think you are (as referee)?
“I would hate to have to say “I am a referee similar to x,” but there are certainly a few referees that I consider as good models to try to emulate certain aspects of their game. But some referees who I do take a lot from:

Peter O’Leary – One of New Zealand’s representatives at the last world cup. He’s tall, like me, and he is an outstanding communicator, and a brave decision-maker. He doesn’t so much demand respect as earn it.

Howard Webb – Well, world cup final referee, he’s got to be on the list! Again, like Peter, an excellent communicator, a brilliant referee for those cruch games, and I like that he doesn’t give soft cards for technical offenses until the player gives him no other option- he’s good at man-managing those situations.

Collina – A true student of the game, it seems he often knew more about the teams he was refereeing that what the teams themselves knew about their opponent. His performance on the 2002 final has to be one of the best ever, and the smiles on his face during that match were never forced- he was quite simply in the zone, in his element, the absolute peak of the absolute best.”

Why did you start refereeing?
“A classmate had taken the course, officiated one game as an AR, and then quit. He suggested I take the course a few weeks later, so I did, and I started refereeing the year after that.”

What are your goals in refereeing?
“I’m not really a goal-setting type. I’m 20 years old, the sky’s the limit. I am aware that even if I do achieve a high enough level of performance to become an elite referee, the amount of dedication and sacrifice that needs to be made- to my family and to my career- might simply be too high. But I’m too young to be building a ceiling on my future yet.”

“In the short term, the aims are always the same- appointments to the biggest matches at the level I am officiating at, or appointments to games at the next level, which would be ASB Premiership (the national league) as an AR, or to the top Federation league in my region as a referee.”

Which decision would you like to recall?
“There are lots that I’d love to have a second look, but on saturday apparently I missed a player who stuck his hand into the air to handle a ball above his head! It led to a yellow card for dissent when I later gave a penalty for an obvious handling offense.”

“But just as the pre-season matches were beginning for the winter leagues, Christchurch was struck by a devastating earthquake which killed 181 people and caused massive damage. Amazingly the top league in the region started on time a month later, but during that time the last thing on anyone’s mind had been football. Certainly my fitness after a month of comfort-eating and not training was not quite where it had been, and further disruptions to my University timetable since have had me often unable to attend training sessions. All in all I will be very happy to see the end of 2011.”

Read the previous parts of this section:
1. Pedro Nuno Mendes from Portugal