The first quotes section of referees in the media in the new year has a new design. Hopefully you like it now quotes are shown better than just in italic. 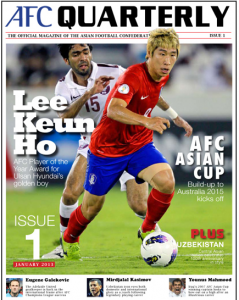 The referee from Suriname says it’s easy for him to change between low-level matches in his home country and international Champions League matches. Enrico Wijngaarde hopes to get to the 2014 World Cup in Brazil.