7 suspects guilty of manslaughter on linesman Richard Nieuwenhuizen. The father is punished with 6 years imprisonment. Six minors all got the maximum penalty possible in juvenile justice for their age. One who was 15-years-old during the incident got a jail sentence of 10 months The others all got 1,5 years jailtime.

The judges agree with the Dutch forensics that Nieuwenhuizen died in December due too violence against him. The lawyers of the kids tried to convince the judges that the linesman could have died due to a weakness in his veins. According to the court that theory is not proven.

An eight suspect was sentenced with 17 days jailtime for violence against the linesman and the goalie of the opponents.

The wife of the linesman said after the trial to Telegraaf, a Dutch newspaper: “This is the maximum possible sentence and we are happy with it. But no sentence would be sufficient.” She finds it ‘disrespectful that only 3 of the 8 suspects came to court to hear the verdict.

Son Mykel Nieuwenhuizen, who was a player during the match with the fatal incident, hopes this trial would make a statement to others. “I hope it’s over now with violence on football pithes.”

Read back the blog about court days two weeks ago in the Nieuwenhuizen trial.

UPDATE: Lawyers of most of the suspects appealed to the verdict. On 13th of August 2013 the new trial will start. First day would be a “pre-trial” where the judge will only mention how the process will go and when witnesses or experts will be heard. 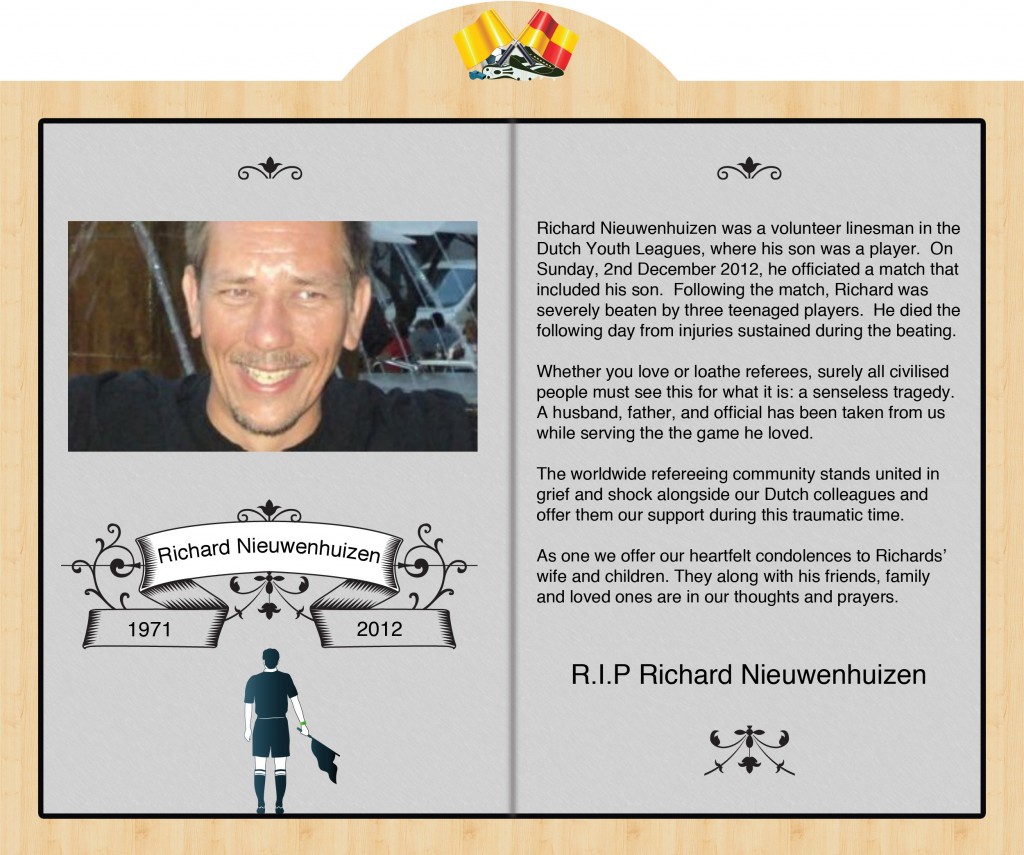