Referee Markus Wingenbach cancelled a goal in the German Bundesliga match between SC Freiburg and Hertha BSC. But was it a right decision?

Freiburg players celebrated a goal, which was approved by the Wingenbach. But after a discussion with his assistant, the referee let the cornerball be retaken.

Take a look at the position off the ball. Would you order a re-take?

Here’s what the Laws off the Game mention about the position of the ball with a corner kick: 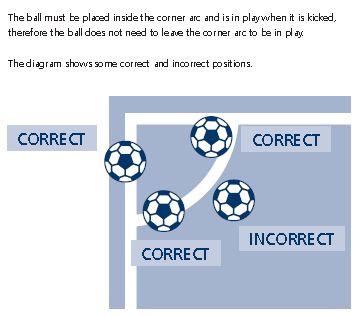