“Women have so much to offer. For some reason, many believe that you have to be a man to be a good referee. This is simply not true.”

Esther Azzopardi Farrugia, Maltese referee and recently promoted to Uefa’s Women’s Elite Development list. Just interviewed her for my blog, so more of her soon on this blog.

“”They are a deterrent in the penalty area against pushing and pulling, especially from corners or free-kicks.”

Pierluigi Collina about extra assistants. Read more about this on Uefa’s website, where the former Italian top referee suggests that extra assistants will be added to the Laws of the game in July by IFAB.

“I still think about quitting.”

Amateur football referee Luc Bosmans in Belgium has lost control of himself during a match between Wuustwezel and Gooreind. He pulled of his shirt (check photo here) and left the pitch. He did leave due to supporter’s comments, not due to player’s behaviour. 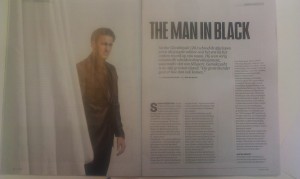 “It’s anyhow going to happen. Next week, next month or maybe the one next. It’s not going to be a party. I don’t want to make mistakes.”

Referee Serdar Gözübüyük, Dutch talented referee, is not afraid about making a big mistake. He has been interviewed in Dutch sports magazine NUsport.