Here’s the answer of the question: How many cards can a referee give to active players during a competition match on highest amateur level before he needs to abandon the match? 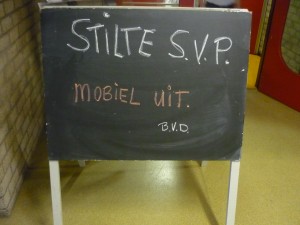 Silence please – referees need to concentrate on many Laws of the Game questions.

The options were, as posted in my previous blog post about the Dutch Laws of the Game Champions 2013 won by Utrecht.

The correct answer is C.

The explanation. I got questions about the number of substitutes. That is three.

A referee could book all players from both teams: 2 x 11 = 22 yellows. Then the coaches could use substitues and all substitues could get booked as well. Plus 6 yellows = 28 yellows. From each side 4 players can receive a second yellow + following red. This ads 8 players x 2 cards (= 16). Add this to the previous 28 and it makes 44. The next time a player receives yellow (and subsequently red [cards 45 and 46]) the game has to be abandoned because one team has less than 7 players.

Penalty takers try to mislead the goalie very often, but not all tricks work out as they were meant. Have a look at this bluff penalty.

Don’t know the league or competition, but that’s not important if I want to explain the rules of the game. UPDATE: check comment from Laszlo Sipos below for more information about the match.

The football Laws of the Game by Fifa state that ‘the player taking the kick must be properly identified’. For the viewer’s it’s at least not clear who’s going to take the kick.

UPDATE: At first, I quoted the Laws of the Game that this is a case where ‘a teammate infringes the football rules’. In that case:

But there’s an USSF Referee Memorandum which mentions an exception. In USSF Advice to Referees, Law 14, section 14.9 (pdf). It reads:

“If an attacker other than the identified kicker takes the penalty kick, play is restarted with an indirect free kick for the opposing team where the attacker illegally entered the penalty arc or penalty area, regardless of the outcome of any kick that may have been performed by this attacker.”

I can’t find this in a Dutch advices, but Rafal, an USSF National/Professional Referee (see his comments below), checked with the U.S, Soccer’s Referee Education Resources Advisor who answers all questions about the Laws of the Game. He says the advice is valid for all countries. Now I’m wondering why not all FA’s release the same advice.

Zanetti had a big smile on his face after he kicked the ball hard behind his own goalie. Just couldn’t stop laughing about this stupid action.

But what he didn’t know that the goal in the match Parma – Inter didn’t count. Referee Antonio Giannoccaro took over the signal of his assistant Claudio La Rocca, who made an offside call for the attacker close to Zanetti.

What would you say: stupid action by the defender or correct call by the assistant because the attacker is influencing Zanetti’s play although he didn’t touch the ball?

This referee let’s the penalty kick retaken over and over again. Players won’t stop complaining, isn’t he just strictly applying the rules?

Teammates of the taker and as well as opponents infringe the Laws of the Game. Mostly by moving into the penalty area (or 9,15m circle) too soon. But also take a look at the goalkeeper during the penalty kick he saved. He moves forward to fast and is way in front of the goalline when the attacker actually kicks the ball.

Anyone an idea why the goal from the before last kick is not allowed? Last week, I’ve started a discussion about giving a yellow for players who pull off their shirt at amateur level. Anyone experiences with this situation? What’s your ‘record’ of retaken penalties in a row or do you just let it go? 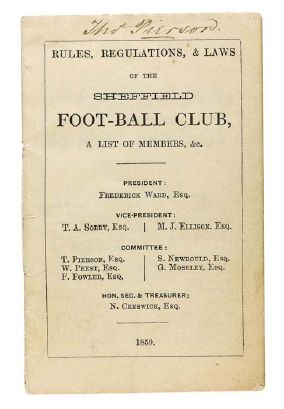 Fifa has announced that a goal should be allowed when a penalty kick – as last action of a half or in a shoutout – is shot on the bar, then touches the ground and crosses the goal line. That’s why the Dutch Football Association KNVB has announced a new interpretation of the Laws of the game for next season.

Last weeks many referees discussed the match Dro and Termeno in Italian football. The referee allowed a goal. It now turns out he was correct, according to Fifa.

In 2009 the Dutch referee commission announced that a goal should not been allowed in the situation above. The PK situation was over when the ball touches the ground after been shot at the bar, was their interpretation. But they had some doubts about it and asked Fifa. That’s why they announced new interpretations for 2011/2012 (pdf). The Dutch FA stresses: “The rules have not changed, it’s just our interpretation.”

The Dutch Referee Blog will soon move over to DutchReferee.com. I’ll keep you posted.