I usually don’t get nice mail in my mailbox. It’s just bills, taxes or printed ads. This week was different. I opened the mailbox and there was an envelope with the text “By air mail”. I opened and and saw that I got a Premier League badge from Howard Webb. Fantastic! 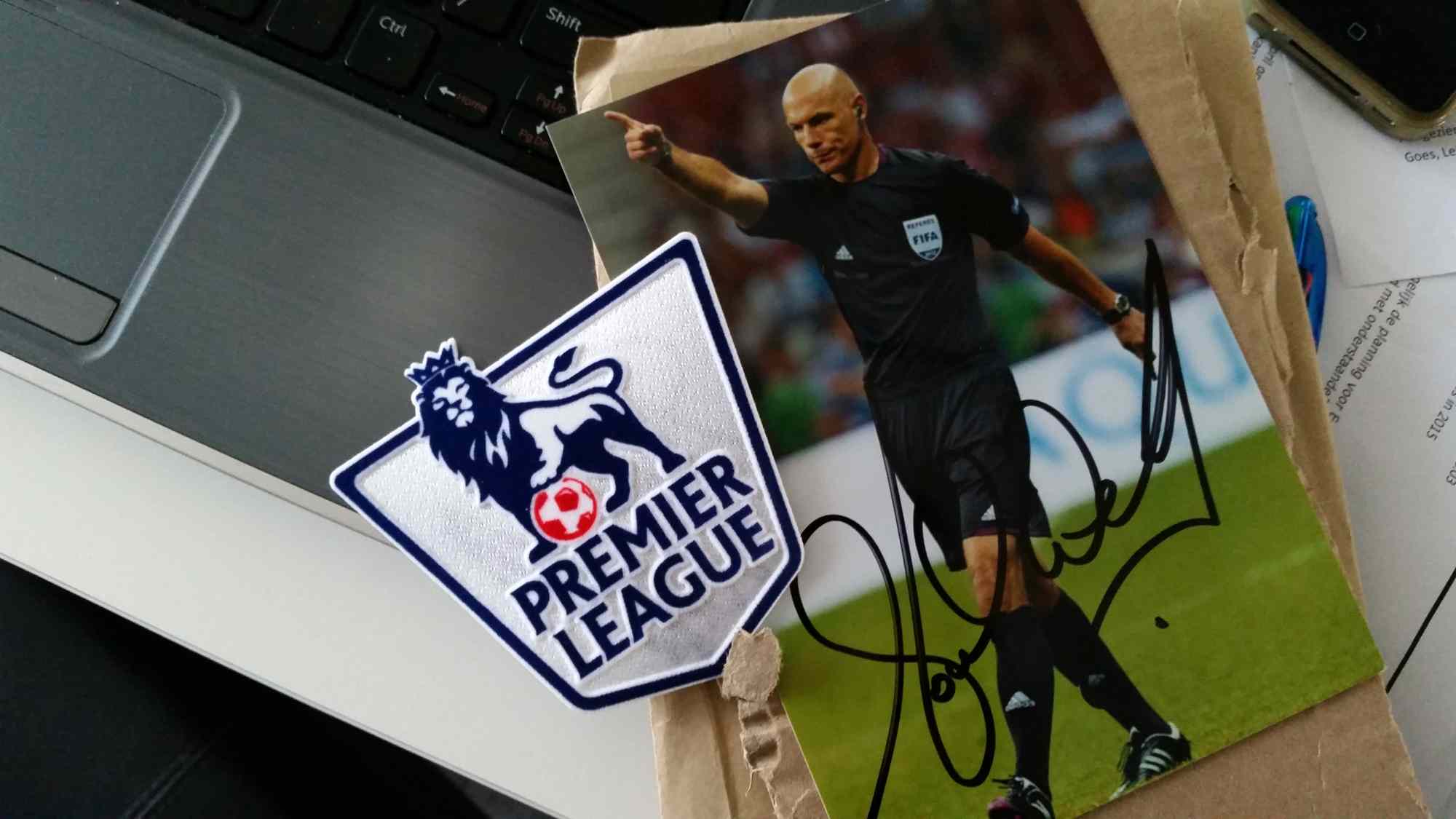 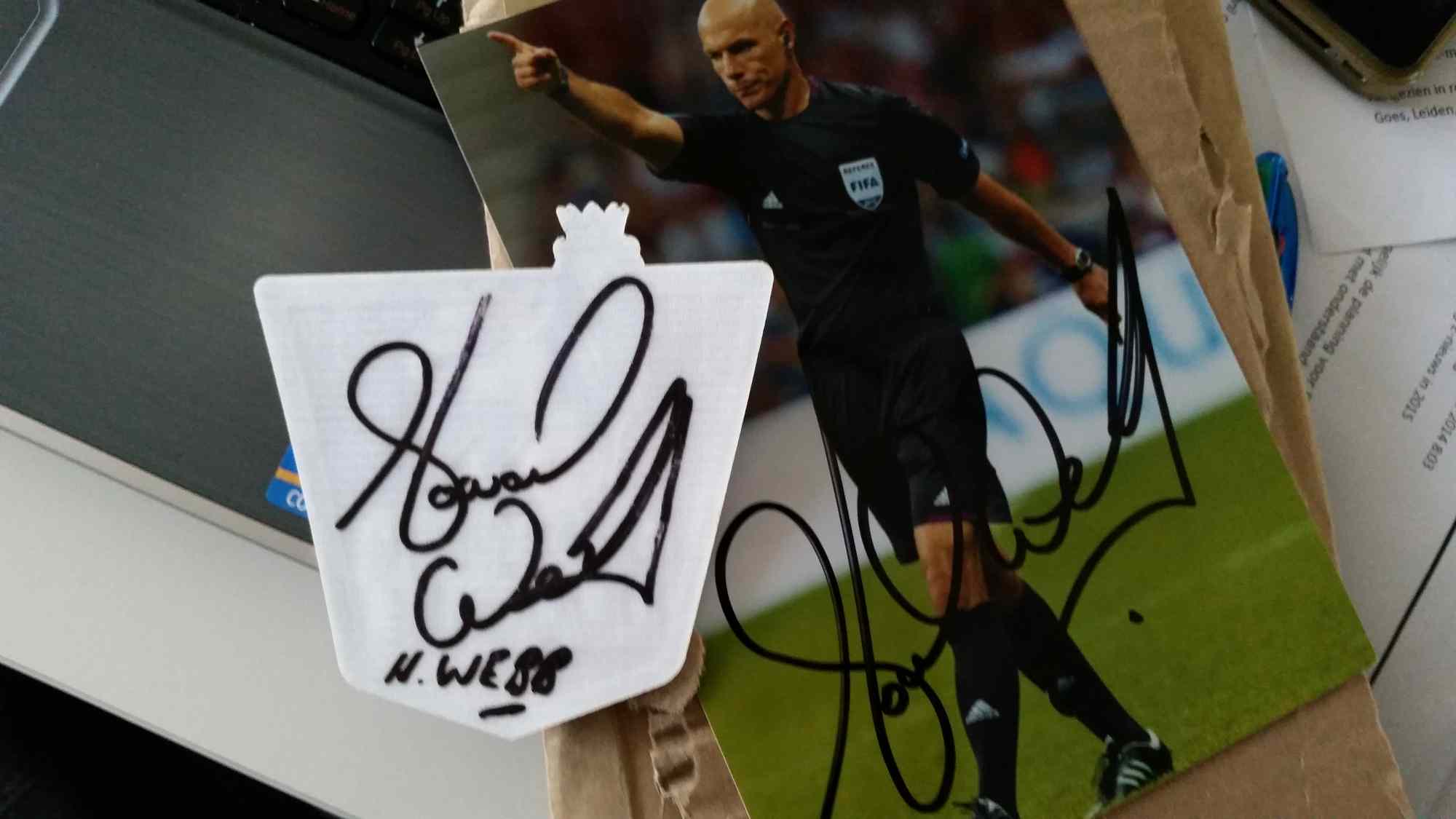 I’ve interviewed Howard Webb once he went to Belgium to teach young referees. After Webb’s retirement I thought it would be nice if I could interview him for my blog – and so I asked via e-mail. I got no response on that yet, but he agreed to send me a referee badge with his autograph. So happy I got a Premier League badge from Howard Webb 🙂

I’ll send him a “thank you” e-mail and ask about the interview again. Not sure if he has time for that, but please let me know already what you want to know from him. So, what is your question for Howard Webb? 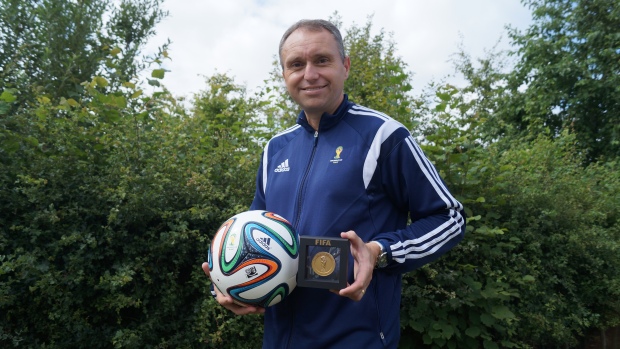 1. Howard Webb inspired many referes in England, as Pillaton-Referee tweets:

Happy retirement #Howardwebb One of the great reasons why I did #Refereeing pic.twitter.com/UjN4itcY2l

#HowardWebb has been such an inspiration to myself and all young referees. I want to wish him luck in his new role at the #PGMOL

3. Howard got support from players in English professional football, for example from goal Kasper Schmeichel.

Congratulations to Howard Webb on a great career, wish him all the best. Honestly the best ref i've had in my career.

4. According to Massimo Busacca, Fifa’s referee boss, it was a “sad and special” day.

“Without passion and natural quality you can not reach the highest level. Howard was always a great example for every young referee. I am sure he will be able to transmit his knowledge and experience to many referees in England and around the world in his new role. My advice to him? Be like you were on the pitch.”

5. A great ambassador for the young referees, says Gayle Hope. That’s also why he went to Belgium and talk with young refs there.

Congratulations to Howard Webb on his new role as Technical director for the PGMOL. Wonderful ambassador & role model for young referees.

“One of the best images of last year was when Howard turned up at a Durham FA event in memory of Sir Bobby Robson. He had a rare Saturday off but still spent a couple of hours meeting hundreds of youngsters. He even agreed to referee an Under-7s match. What an experience for those kids to remember for the rest of their lives – to be inspired by someone who has reached the very pinnacle of their field.

7. Howard has to add something too:

“Refereeing has given me so much and it’s important that match officials who have had the rewards remain in the game to pass on their knowledge. I also have much more to learn about the business of refereeing and the best place for me to do that is with PGMOL. It’s an incredibly positive working environment and we all have a common goal of improving refereeing.”

Have a good time as technical director, Howard Webb. England’s Premier League will miss you next season(s). Congrats on such a great career!

The video below shows why Howard Webb is a football referee and not a player. Not well taken penalty kick from the English referee in a Legends match at Oakwell.

The International Federation of Football History and Statistics (IFFHS) has chosen Howard Webb from England als world’s best referee of 2013.

Experts from 70 countries and from all the football continents took part in the 2013 annual election for the World’s Best Referee, the 27 th time it has been carried out by the IFFHS. The “Top 10” come from 9 different countries, only Italy is represented by two referees: Nicola Rizzoli and Gianluca Rocchi. The list is dominated by European referees. Ravshan Irmatov from Uzbekistan is the only non-European on the list. 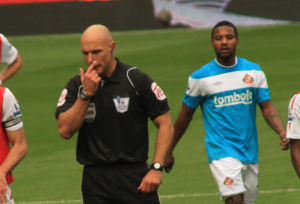 Howard Webb: “word’s best referee of 2013” according to IFFHS.

This list might help you with predicting World Cup Referees. You can win a complete Adidas outfit (sponsored by refereeworld.com) by guessing the World Cup referees via a page on this blog. Check this for more info.

IFFHS has previously release a list with the best referees of the first 10 years in the 21st century. Markus Merk from German was the best according to their experts.

Read the full list with best referees of the first decade of the 21st century. 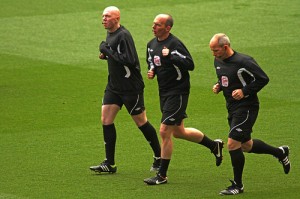 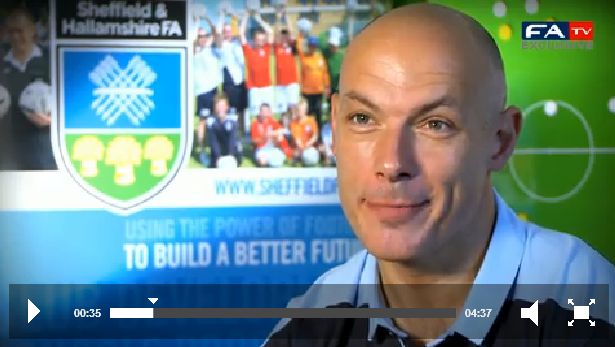