What special things has EA done to the referees in FIFA 12?
Jaramillo: “We continue to work on the referee decisions and improve the intelligence of foul calls, carding logic, etc. With the introduction of the Player Impact Engine, we had to re-write a lot of our referee code to adapt to the new technology. So, while there are no new features for the Ref this year, we have done a lot of work on it.” 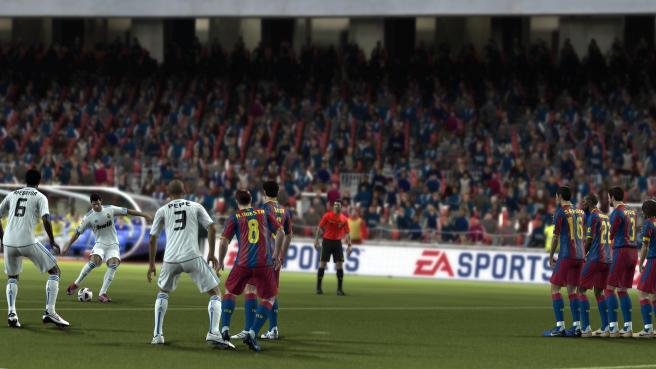 How important is the referee is in the game?
Jaramillo: “Just like in real life, you can’t have a competitive game without one.”

What has been done in FIFA 12 to make sure that the decisions of the referee are better than last year?
Jaramillo: “I think the referee decisions in FIFA 11 were good most of the time. We have fixed some bugs and decisions will be more realistic given the new Player Impact Engine.”

Are some referees more severe than others?
Jaramillo: “Yes, we have different degrees of severity in terms of foul calls and carding. There are tons of referees in the game, each with his own name and degree of severity. They have also been assigned to different leagues so that we match the authenticity of referee severity across different territories. For example, most referees in England tend to be more lenient to tackles than those in Spain.”

“Each company’s respective technology will be scrutinised across a broad range of criteria, in both daylight and floodlit conditions”

by Fifa’s spokesman in the Guardian about the fact that Fifa is going to test nine systems for goal-line technology.

By Venezuela’s president Hugo Chavez, who was watching football with Fidel Castro and saw the referee disallow a goal.

Would a red card for denying obvious goalscoring oppurtunity be honest if a goal is scored (from a penalty kick). Give that card only when the goal is not secured.

“I enjoy myself everytime I’m able to whistle (a match)”

By Fritz Klein, a German referee who became 75-year-old last Friday and has refereed for 50 years now.