An extra assistant referee in the Italian match between Juventus and Genua was standing on the backline and keeps the ball in play.

Claudio Marchisio shoots the ball, but it missed the target completely. But it touches the extra assistant referee who’s standing on the edge of the goal area just on the goal line. The assistant referee still flags for a goal kick. 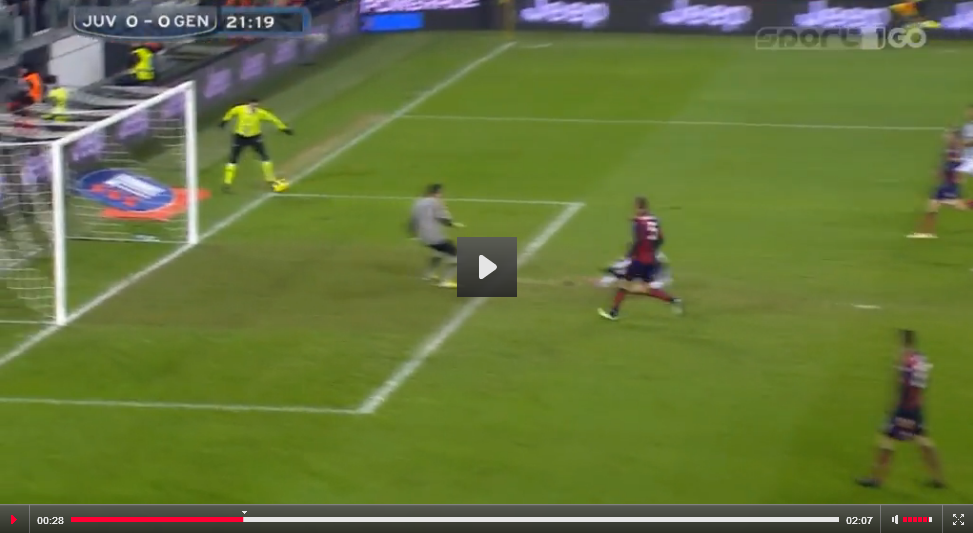 Did referee Marco Guida and his team make a mistake?

The Laws of the Game state that:

The ball is out of play when:
• it has wholly crossed the goal line or touch line whether on the ground or in the air

That’s not a fact. The rules also say the following.

The assistand on the sideline made the wrong call, by flagging for a goal kick, because the extra assistant referee was on the field of play.

The match ended in 1-1 and Italian media are discussing the referee. Not because of this incident, but because he didn’t give a penalty against Genua say the journalists, who state that referee Guida is a Naples supporter – the rivals of Genua.