The Dutch FA has tried to diminish excessiveness on pitches in amateur football by punishing harder. Totally 200 people got banned for 2-10 years, 105 teams were ruled out of their competition and 74 persons may never play football anymore. That only happened five times in total in the seasons before, stated the FA. 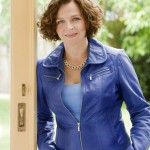 The number of rough incidents (f.e. beating up a referee or kicking a player who’s lying on the ground) has decreased from 30 each weekend to 25, after years of increase. “It goes the right way again”, says Secertary of Health & Sports Edith Schippers, who started a campaign for a safer sports climate last year. “But we are not there yet.”

Prevention measures and education had no effect, stresses KNVB chairman Michael van Praag. Punishing harder was the only solution. Players and referees also have to explain the situations more often personally and not only on paper.

Van Praag says that clubs did not think the FA was so serious about severe punishing. Until winter break. “In the second half of the season, I saw that club were starting to weigh something carefully after their club was named in connection with an incident in the media.” Clubs changed their sanctioning policies and screen new members.

Most incidents happen in West 2, the region I officiate in. “A region with cities like The Hague and Rotterdam which have more poor neighbourhoods than other parts of the Netherlands”, says the regional FA chief Peter Oskam, former professional referee. “People there are incline to think faster: I don’t care.” Oskam thinks he can change that attitude with help of the clubs. In his opinion it’s a good idea that clubs can prevent themselves from being ruled out of their competition if they tell who were the perpetrators during an incident. “We are going to talk with each club, because everey excess is one too much.”

Oskam was a bit jealous when he watched other sports than football at the Olympics and the respect for the referees. “Ofcourse there’s discussion in hockey matches when someone does not agree with a referee’s decision”, says he. “Sport is emotion, but you’ll never see someone even touching a referee. That’s what we need in amateur football, but therefore a different sports climate is necessary.”