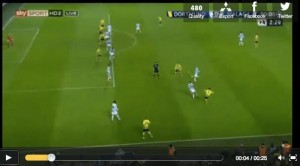 Uefa has selected twelve referees for the European Championship 2012 in Ukraine and Poland.

You can find the Uefa list with twelve referees and the fourth officials here. I’ve searched the internet for reactions from each appointed referee, which you can find below.

“The 12 are all referees from the elite group, so they are the top referees in Europe. They have all refereed UEFA Champions League matches during the past two seasons. What they can guarantee are two main elements – quality and experience. And only one referee, Howard Webb, was at UEFA EURO 2008. So there has been significant turnover.”

Cüneyt Çakır from Turkey was appointed after a lapse of sixteen years without a Turkish referee at a European Championship. The Turkish FA the selection of Çakır a “historic achievement“.

Jonas Eriksson from Sweden on the website of the Swedish FA:

“I am extremely proud, happy and grateful to be one of the twelve referees who will go to the European Championship finals and can enjoy this tournament. I want to send a big gratitude to everyone in Swedish football: from refereeing colleagues and observers to the players and coaches who all in different way have developed me as a soccer referee.”

Hungarian FA praises their referee Viktor Kassai as ‘one of the best referees in the world’. And called it ‘no surprise’ that their fellow countryman is elected for the tournament in Ukraine and Poland.

Bjorn Kuipers was pretty happy he got called personally by Pierluigi Collina to tell him the good news. “A very nice conversation.” Watch the interview Dutch media had with the referee from The Netherlands:

Stéphane Lannoy from France got much support from his national referee chief Marc Batta.

“This is clearly a confirmation of the skills of Stéphane, you do not qualify for a World (2010) and a European Championship without proof of quality. But after enjoying this appointment, Stéphane will have to continue to work hard to prepare for this next stage.”

Pedro Proença from Portugal was selected instead of fellow countryman Olegario Benquerenca. Referee boss Vítor Pereira thinks Portugese referees are all good quality: “This appointment seems to be a reflection of the overall quality of the Portuguese arbitrators and arbitration, their commitment and dedication to refereeing.”

Nicola Rizzoli from Italy has been chosen as one of the twelve, but has not made a statement yet. Neither has the Italian referee organisation.

Damir Skomina from Slovenia had not talked to the media yet.

“Wolfgang Stark to the Elite of European referees. He has represented the German referees excellently at the World Cup in South-Africa. The nomination for the EC is a confirmation of his constant performance in latest years.”

Scottish FA’s latest news is about Renfrewshire referees who show their respect for veterans. Hope for them they didn’t miss Craig Thomson appointment for Euro 2012.
UPDATE: John Fleming, Scottish referee boss is delighted: “Firstly, I am absolutely delighted for Craig. He is a tremendously hard-working referee and this is great news for all referees in this country.”

Carlos Velasco Carballo from Spain is very happy with his appointment.

“For me, the choice of UEFA and the possibility of being in the Euro Ukraine and Poland is a very special emotion and above all, a dream come true.”

Howard Webb completes the list of twelve. A picture of him got uploaded on Uefa.com long before the list was online, but until the final list was published there was still some doubt among British people on Twitter wether Martin Atkinson would be chosen from the UK.
UPDATE: British FA congratulates mr. Webb with some words of David Elleray, Chairman of The FA’s Referees Committee: “We are delighted that following the Champions League Final and World Cup Final appointments, Howard has once again been appointed to a major international tournament.”