Something new on the blog: In the dressing room. This time with photo’s of the referee’s dressing room in Arsenal’s Emirates Stadium.

Had some ideas about photo’s of different dressing rooms on the blog, but don’t know if people would like it if I only post them from changing rooms I visit (Send me your pictures if you have them!).

That’s when I found out Constant Onstenk, secretary of the board of the Referee Association of Arnhem (city in the eastern part of Holland), visited the Emirates Stadium with his wife and posted some of here photo’s in the local referee magazine. He wrote that the dressing rooms were locked, but he could enter them after he asked politely.

It’s actually a referee area, with three different rooms: a dressing room, a lounge and bathroom with massage table. On the wall is a plaquette from the North Middlesex Referees Society to wish the referees a good match. It’s, according to their own website, “currently one of the largest Societies, if not the largest Society, in England”. Have a look around in the referees’ dressing room of Arsenal Football Club. 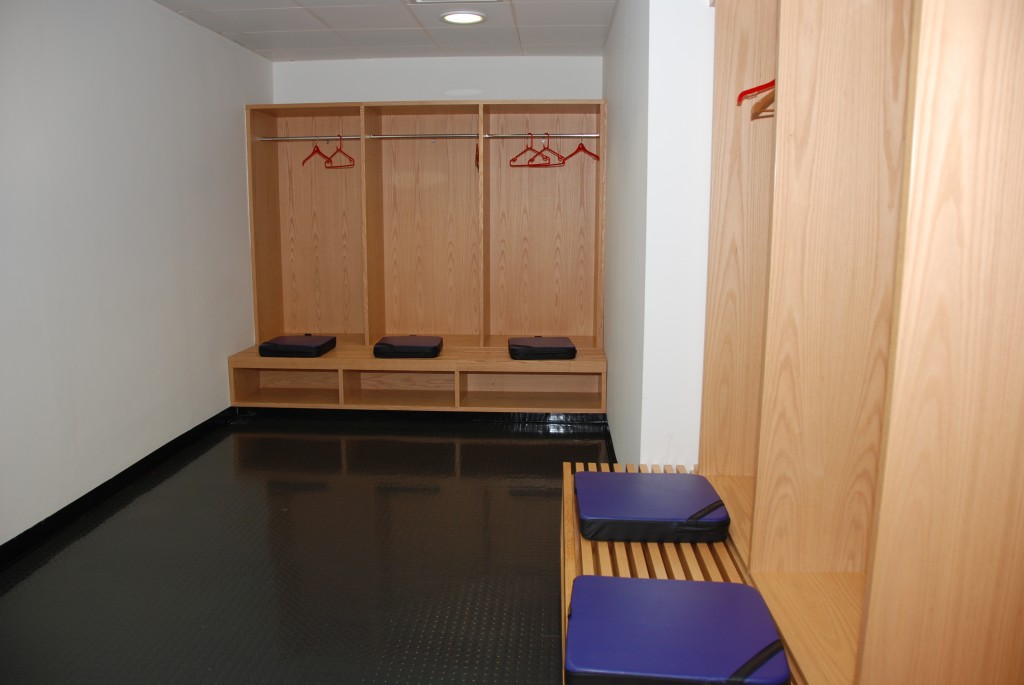 Loungeroom in the referee dressing room at the Emirates Stadium. Photo Liza Portier

If you have some photo’s of an interesting dressing room (could be your local one) e-mail me at dutchreferee at gmail.com