Third referee in SummerRefs lives Colombia, the country where the World Cup under 20 will start in a week. In this section refs from all over the world and all with different experiences will tell about their refereeing career and how they prepare for next season during this summer break.

Each Saturday a new profile will be posted online, and the second person who answers the five questions (5W’s) is Carlos Salcedo from Colombia. 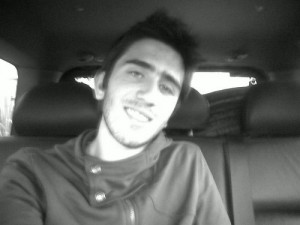 Who do you think you are (as referee)?
“Carlos Salcedo is a referee who always is learning of the others. That’s why he likes to see other referees act. He is a relaxed referee, but rigorous, as all the South American referees have to be if they want to be good at it.”

Why did you start refereeing?
“I started refereeing in school. We had a lots of ‘fights’ in sport class when we played. A teacher of mine knew that I liked football very much, and also that I knew much about referees and the laws of the game. He asked me if I could referee the matches and I liked it.”

What are your goals in refereeing?
“Unfortunately, I had an injury on my knee, it doesn’t allow me to be 100% physically well, so I couldn’t start a professional career at the football association. My goal was: to be in charge of the final in a tournament between two schools in Bogotá, my home town. Because I’m injured I find it difficult to set new goals. I now only officiate once per week in a Bogota league, not any more in tournaments or friendly matches.”

Which decision would you like to recall?
“I would say no one, because of my mistakes I learned more and it helped to get to a better level. I’d like to recall my injury, but it was not caused by refereeing.”

What do you do in preparation for next season?
“As always, I see lots of games with different referees. I try to be physically at top level, always following the training of the Colombian Football Federation.”