When can we expect it: a referee as Athlete of the Year in The Netherlands? Dutch sports organisation NOC*NSF will announces the male and female athletes of 2014 on December 12. 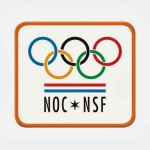 All World, European and Olympic Champions are automatically nominated in The Netherlands. But when is a referee qualified to earn a nomination? Kuipers told when he heared about his CL final appointment: “Being on the pitch during the Champions League final is the highest achievement in football for players and also for referees.”

Have you ever seen it in your country, a Referee as Athlete of the Year?

If you want to read more about Björn Kuipers, read the profile I wrote about the Dutch Referee.