Dutch amateur football club VFC Vlaarding got a fair play certificate from the Dutch FA because of their refereeing policy. Sportivity and respect are very important to get such an reward. The club also helps and mentors its own referees.

Earlier this season I was at the football pitches of VFC Vlaarding at 8.30 on a Saturday morning. My experiences there: 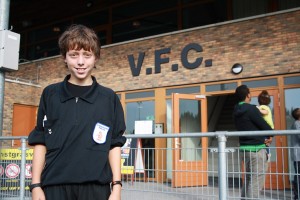 Jim Meinen and Fabian Wilschut are already dressed in their black referee kits and with their whistle in their hands. They are only 12 and 13 years old and are already refereeing u10 football matches at their club. “I love to manage a game”, says Jim. “Of course players are whining at me – and some are even bigger than I am. But if they complain, I just tell them that I am the referee.”

During half-time Jim gets some suggestions from referee mentors at the club. . In Dutch football, matches on lower levels are officiated by so-called “club referees”, members of the club who need to referee because the Dutch FA can’t get enough neutral match officials. VFC Vlaardingen is happy with those kids who want to help them getting enough match officials. They want to keep them, so every Saturday there are two mentors walking around the 4 pitches of the club. Referees can always come to them if they need help or assistance if players, coaches or parents are causing trouble. 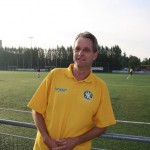 “We try to help the young refs as much as we can”, says referee coordinator Roel van Oers. “We also try to judge the referee three times a year.” That’s more than even neutral referees get from the Dutch FA at youth level. The referees won’t get marks, but they get things to work on and sometimes a match at higher level as a reward. Every referee has to do the course before he may start. Each official gets a referee kit from the club. “That is necessary for their presentation in the field”, says Van Oers. “It also helps the image of the club when referees are good and well-dressed.”

During this season six refs were placed on the waiting list for the new referee course. “We really need them”, says Van Oers. “With a total of 55 referees it’s sometimes even hard get a ref for each match.”

Fabian referees every other week, because he needs to play football too. He’s very satisfied about his first year as referee. “It’s really different than when I play myself”, he says. His 16-year-old colleague Halidun Kurt also started last season and is very enthusiastic. “I always look on the websites of the teams I have to officiate. If you do something, like refereeing, you need to do it properly.” Halidun wanted to be a football coach for years, but he doubts about his future career in football now he’s refereeing. “It would be amazing to referee on high level. That would be a very nice challenge.” 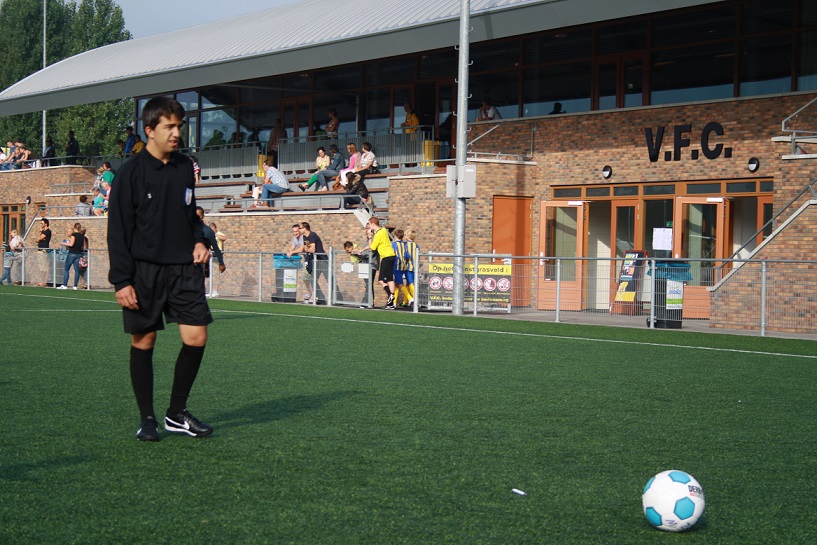 PS: the kids might have had their birthday since I interviewed them earlier this season.