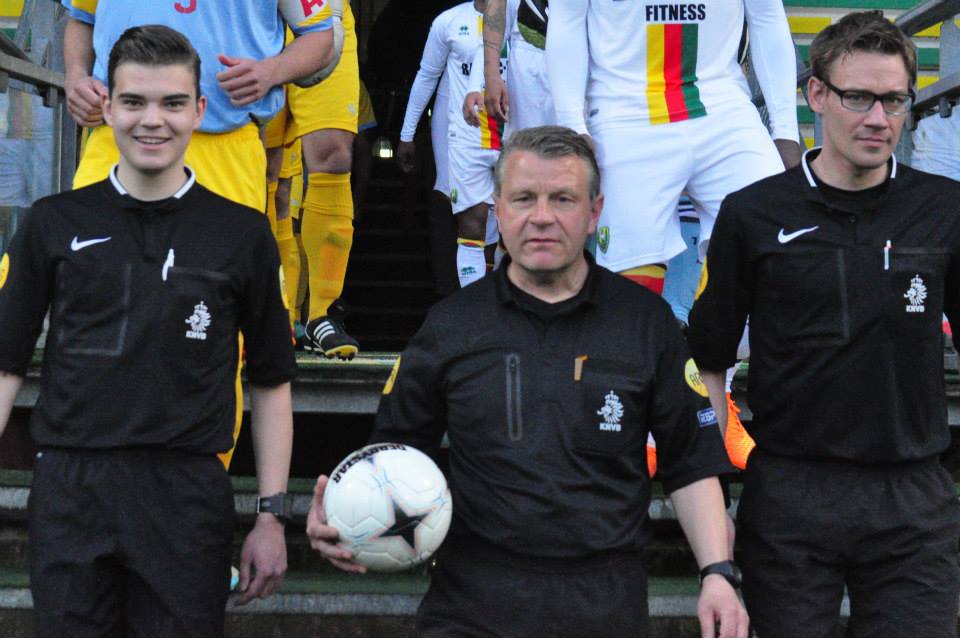 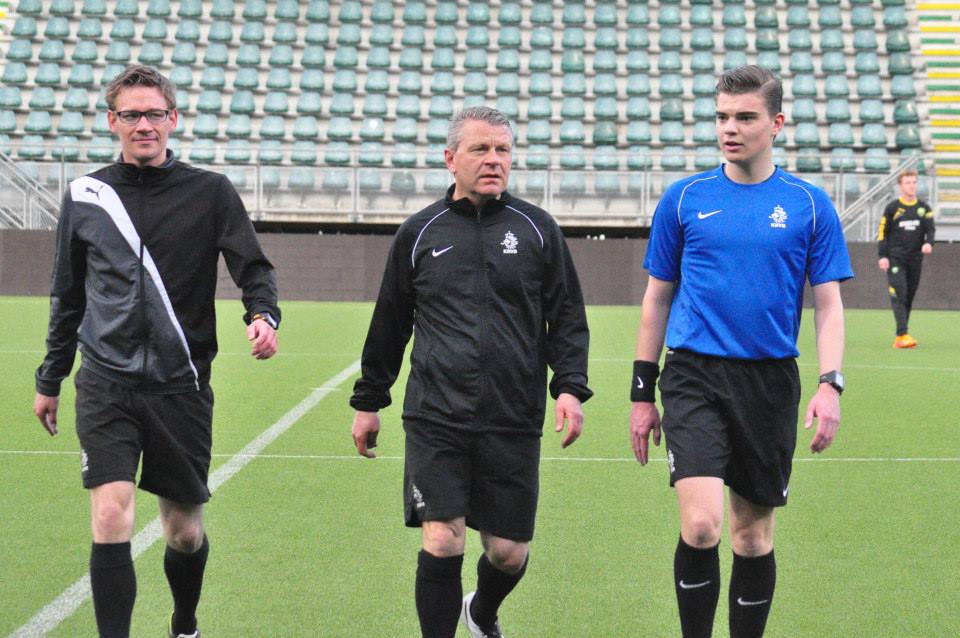 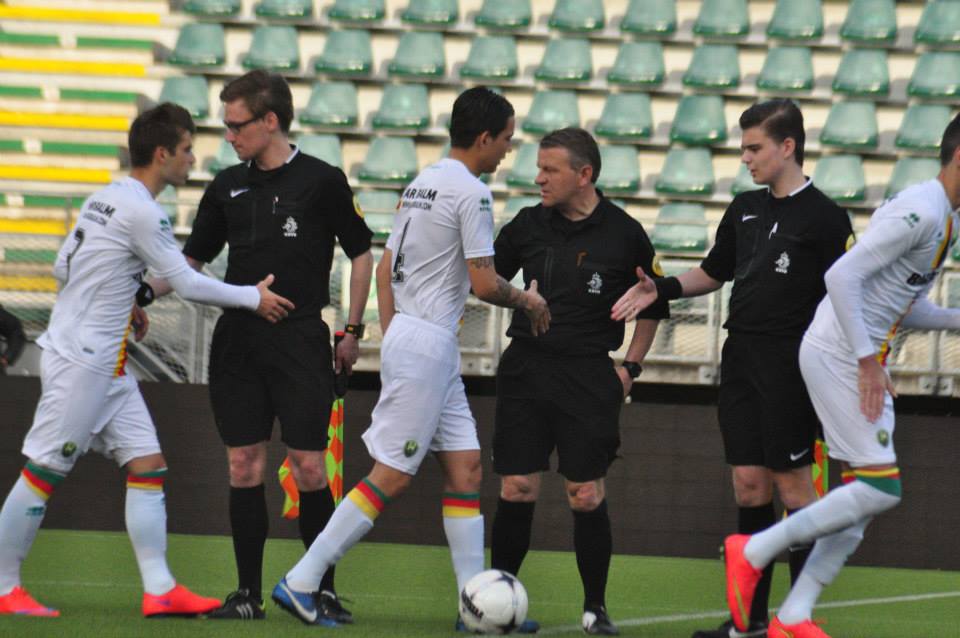 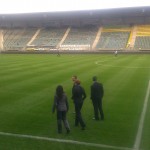 Referee Azzopardi and her Maltese team check the pitch at ADO Den Haag.

Two weeks ago I published the interview with Maltese referee Esther Azzopardi. Shortly thereafter she got an appointment for the match between ADO Den Haag ladies versus Rossiyanka from Russia in Uefa Women’s Champions League. 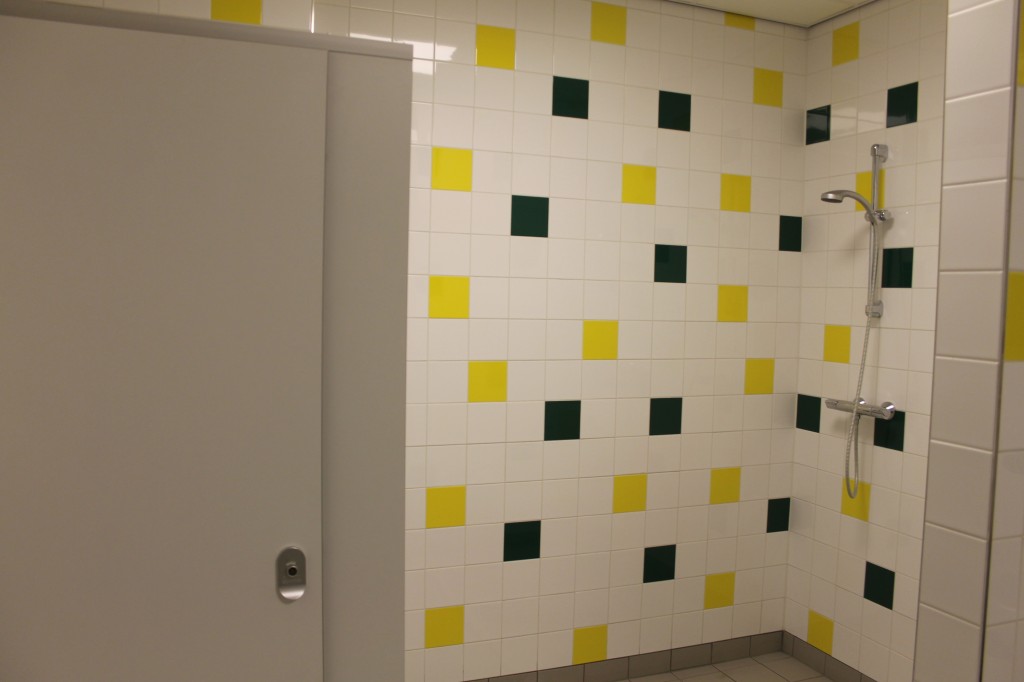 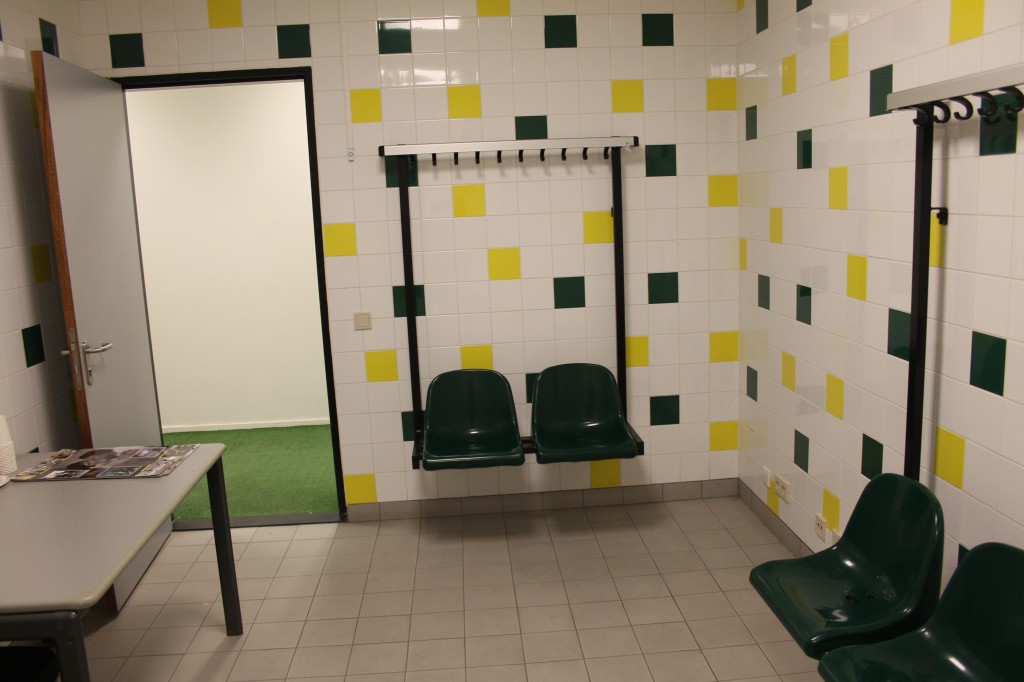 Volunteers did their very best to clean the pitch after the snowy weather last weekend. Fourth official Dennis Higler is also doing a few warm-up sprints …

… and this is what happened:

Update: Snow attack from the fans in Belgium.

Who missed my tweet about the snow dilemma for a referee. Watch the interview with Dermot Gallacher on Sky Sports.