Sian Massey-Ellis is doing a great job in the Premier League every weekend. The female refereeing news this year was about Bibiana Steinhaus’ debut as center referee in the German Bundesliga. But on the line woman have shown they can easily keep up with the men. One of them is Sian Massey-Ellis.

And I don’t want that to be unnoticed. Because in December 2017 it is already seven (!) years since her debut. “Hopefully, I’m changing some people’s mindsets. I’d like to think that even if I inspire one or two girls to take up the whistle or flag then I’ve done a good job.” 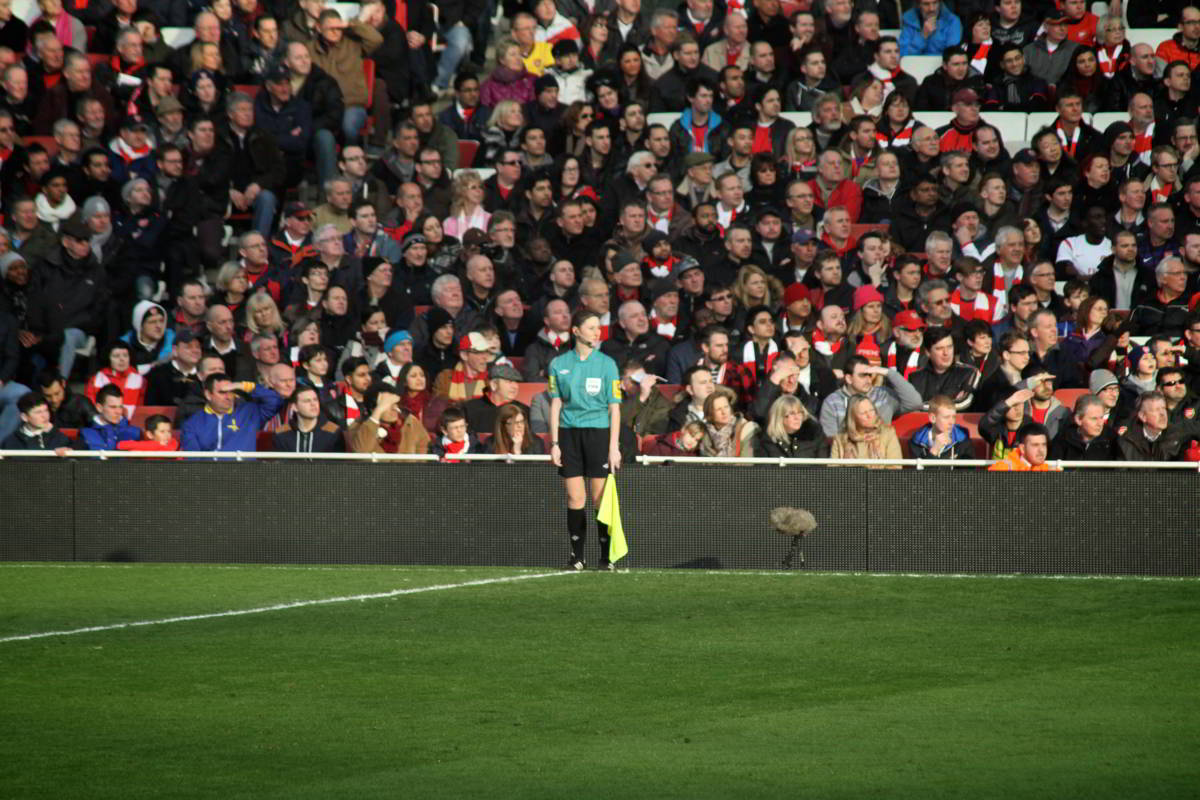 Her debut in the Premier League is on 28th of December 2010. She assists Andre Marriner with Sunderland AFC vs Blackpool FC. She has done over seventy Premier League games then. During the Women’s Euro in 2017 she was on the line during the quarter final between Austria and Spain.

Selection because of her qualities

In 2011 she was in the news because of sexism by male commentators, but that seems like a long time ago now. “Sian has been through the same procedure as any man would have to go through, as well as proving herself a top-class international assistant referee”, says Ian Blanchard in 2011 in The Telegraph. He is the Senior National Game Referee Manager. “She has worked hard on her fitness, her key skills and she has been patient since she started refereeing 10 years ago.”

“I find that you stand out sometimes for the right reasons, so as long as I keep doing my job then hopefully it doesn’t matter that I’m a woman”, Massey-Ellis told Sky Sports.

Mike Riley stresses what makes Sian Massey-Ellis a good referee. “Sian loves football and is widely respected across the sport”, he says. One year ago Massey Ellis got an MBE for services to football in the New Year’s Honours list. “Her dedication to refereeing, and commitment to high standards, make her a great role model for any up-and-coming match official.”

Keep that in mind as characteristics you need yourself as referee:

With these qualities the Coventry referee tries to inspire other referees. “Hopefully, I’m changing some people’s mindsets. I’d like to think that even if I inspire one or two girls to take up the whistle or flag then I’ve done a good job.”

Check out the full interview on Sky Sports from 2017.