I got the chance to meet online with Seth Galia, a young referee from Gibraltar. I asked him to answer a few questions for my blog on how it is to officiate in a small country like Gibraltar and how he stays focused during the games. 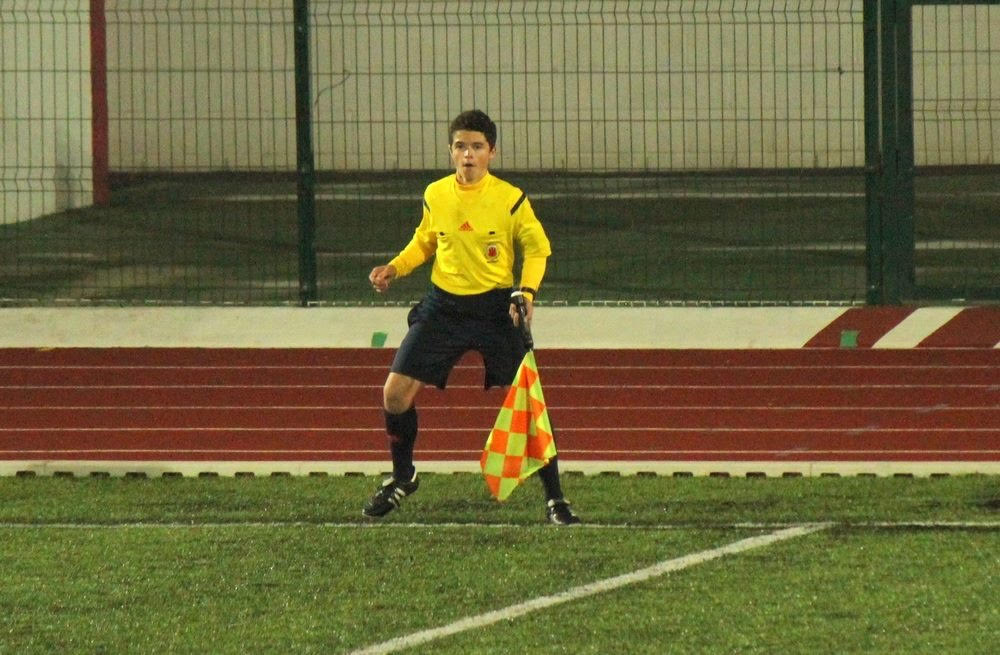 Refereeing because he loves football

I did the basic refereeing course in October 2013. The Physical Education department in my school were advertising it to the PE students, and I thought it would be a good decision to become a ref as I knew I was not going to make it as a footballer and I love the game too much to leave it. I love refereeing because I love football. Being involved in the game is something I’ve always wanted to do, and every time I walk onto the pitch I will have a smile on my face!”

“Refereeing in Gibraltar is brilliant! Gibraltar is a very small place so you know how each club plays football and you can expect which players will play and how they will play, so you can mentally prepare yourself for certain situations that could arise in the game. The pressure on referees in Gibraltar is the same as anywhere else in the world: huge! In my opinion the most important thing is not to stress over a certain appointment or fixture, because that can lead to you not performing as well as you normally would. The biggest pressure I have had was in my first premier division game. I was extremely nervous for it, but fortunately I had a very experienced refereeing team with me, and they gave me the support for the game and I am very grateful to them!”

Staying focused during the game is something I believe every referee should train for, because football is a very exciting game with many surprises, and you never know what can happen during the game. For me the most important thing is to avoid overthinking in the game. Negative feelings will have an impact on your performance, so once the decision has been made, no matter how many times you think about it you will never be able to change it, and it could make you lose your concentration for the remainder of the match.”

“We have physical training twice a week. Our sessions include mainly Speed, Agility and Quickness (SAQ) and CORE (Centre of Refereeing Excellence by Uefa, Jan) excersizes which are relevant to game situations for both assistant referees and referees. These are run by our fitness instructor James Alvarez.” 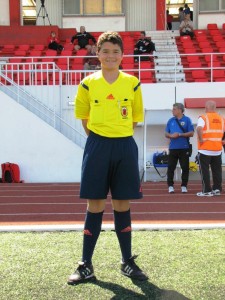 “My goals as a referee are to one day become a FIFA Referee and to officiate in international competitions.Refereeing in Gibraltar is improving rapidly every year, and will continue to do so. Hopefully if Gibraltar gain the FIFA status a Gibraltarian referee will get the FIFA badge and will improve the standard further.”

Want to read more on the future of Gibraltar refereeing? I interviewed the Chief of Refereeing Adrian Bacarisa.

Seth: “I do believe in Gibraltar I will get the experience needed, as the football quality of the local clubs is increasing every year, attracting interest from players from Spain, Argentina, Brazil and other countries from all around the world to play here. As well as that, the Gibraltar Football Association hosted a UEFA U16 Development Tournament here last season in which I was lucky enough to be selected to officiate Macedonia, San Marino, Malta and Gibraltar in a very competitive tournament.”

Seth talks about being focused is very important. How do you keep focused? Read 7 tips to stay concentrated for 90 minutes.

5 thoughts on “Seth Galia: referee with a smile on his face”