On the 10th of May 2016 the last game at Boleyn, the official name of Upton Park will be played by West Ham United. Some very interesting match situations for referees happened there. This is a referee’s farewell to Boleyn.

You’ll find statistics and key incidents here, but also some good reads from referees about Boleyn. Enjoy the stories. 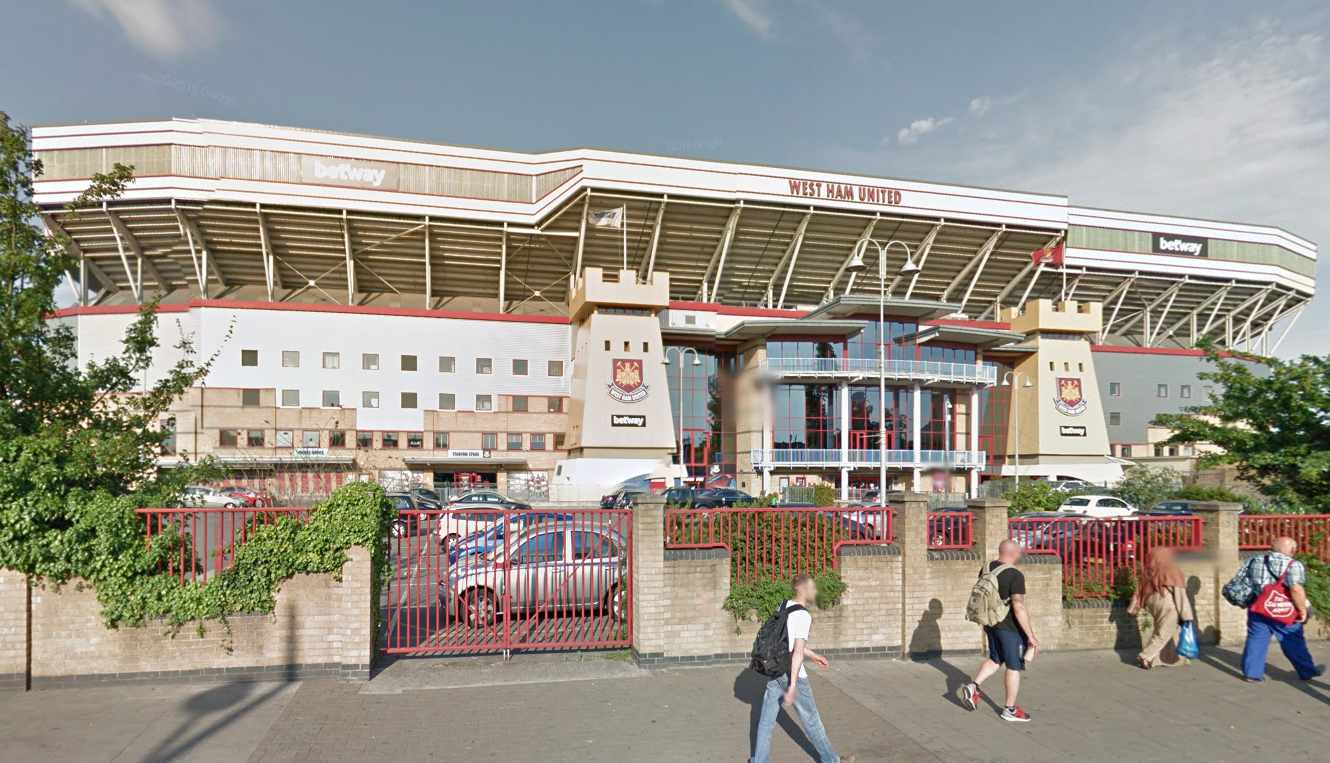 Donald McRae has written a nice story called “A referee’s eye view at Upton Park”. He describes the small room where he is with referee Neale Barry, his assistants and referee boss at that time Keath Hackett. He writes: “The room was bare and cramped. Outside, in an echoing tunnel, the police and security men had gathered. Even an hour before a routine Premiership afternoon turned serious, they were prepared for trouble.”

The reporter from the Guardian tells about the noise of the crowds that came through the door of the referee’s dressing room. “Inside their tiny box, by 2.45pm, the four officials in charge of West Ham’s game against Bradford City had changed into their familiar uniforms”, McRae describes. “They waited quietly for the moment when, as referee, Neale Barry reached for the buzzer which sounded in the adjoining dressing rooms.”

And who thinks players bawling at referees is just something from these days gets it wrong. Even then, in 2000 it was normal and referee Barry says it’s something you accept because it’s football. McRae goes on: “In the depths of an enduring crisis surrounding Premiership officiating, there was just enough time for Barry and his assistants to reflect a little longer. They knew they would be the first to be insulted and blamed by 22 bawling players, a couple of indignant managers and 25,000 vociferous supporters.”

And then the game began. It ended in 5-4. Another great experience at Upton Park. Check out the full story from Donald McRae on the Guardian.

Mourinho got a stadium ban for one game after a rant at referee Jon Moss in Chelsea’s game at Upton Park. He had accused the officials of being “fucking weak” and Mourinho had to be escorted away by a member of the security staff.

Moss’s account of the incident was clear. He invited the Portugese coach into his dressing room and also asked the west ham security manager, Simon Sutton, to be there as well. “Mr Mourinho asked me about a tackle, an offside and a goalline clearance,” wrote Moss,”I gave him brief answers to his questions. After this I asked him to leave the dressing room area. He refused. I asked him again. After he refused again I asked Mr Sutton to escort him from the room.”

What has Di Canio’s volley to do with refereeing? Referees love great football and nice goals too 😉

The greatest goal to be scored at the Boleyn Ground. #FarewellBoleynpic.twitter.com/6FiYqnmp6f

Want to get the most interesting stories about refereeing? Subscribe to my newsletter.