The benefits of refereeing abroad. The experiences and lessons from 2019 Ibercup Referees in Portugal, where I was an observer. I personally loved the fact that every referee was eager to learn and develop themselves as a referee. And the tips and lessons they learned are shared for you in this blog post.

Tip: you can now apply for the 2020 tournaments. Go to refereeabroad.com 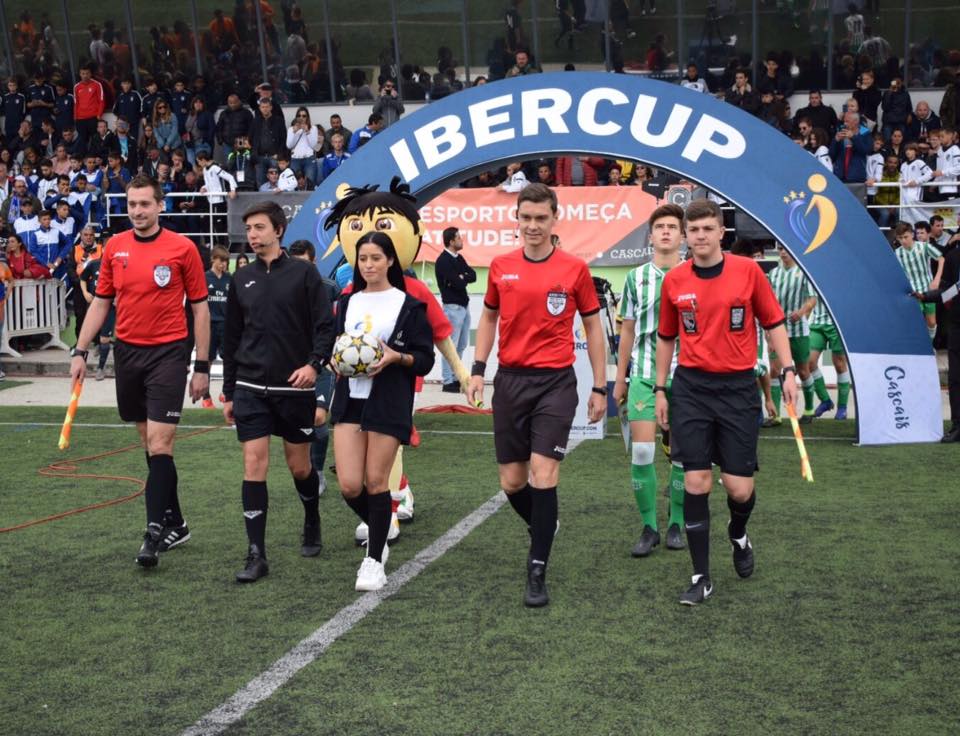 Working with refs from all over the world

“To be involved in the tournament was great”, says Harvey Newstead Level 6 & National FA CORE Referee at Norfolk County FA. “Also to work with referees with different experiences and of different nationalities. And to be observed by some very experienced referees from across the world was great too. To be appointed a Final was an honour and I was grateful to receive the game. To be involved in any final is great and this was an enjoyable final with a good atmosphere around the stadium and it was great to work with the Romanian and Spanish officials.”

“The biggest lesson I learnt would be on the pitch refereeing teams from different countries and managing their expectations”, says Harvey Newstead. “Plus also finding a balance in the game of what to give and what not to give, as teams have different cultures and styles of playing the game. So I think that was a challenge, but something I learnt throughout the week.” And for him it is also good to learn from the officials he workes with everyday during the tournament. 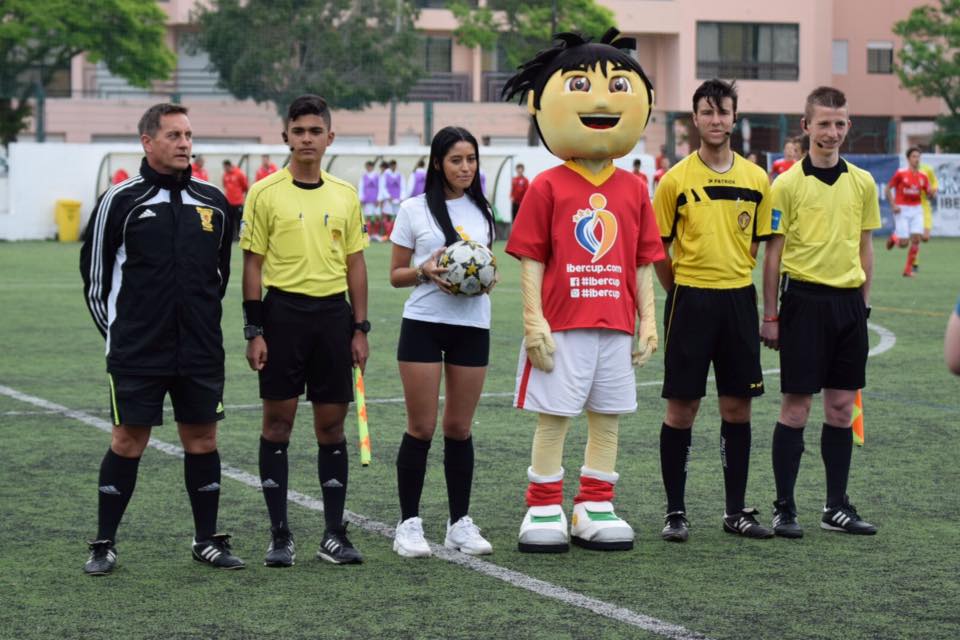 “It was a very educational experience that will only make you a better referee”, says Cedric Livreiro from Belgium. Cedric Levreiro agrees with Harvey Newstead that working with referees from all over the world was an honour. “And collaborating with different observers, who have rich history in refreeeing. That’s one of the moments I really was looking forward to. Because you’ll be educated by the best in your profession.”

After a whole week of refereeing Cedric Livreiro gets the chance to officiate the u14 final between Juventus and Benfica. “The cherry on the cake”, he says. “I met a lot of different people this week, that I now call my friends.”

Cedrics biggest lesson? “Take your time to make a decision. You can always get back to it as  long as play has not been restarted yet”.

“It was an unique and incredible experience, because we had contact with people from different countries”. That is the first impression by Flávio Jesus, 4th official in the u13 final between Gremio (Bra) and Porto (Por).  He worked with officials from Canada, The Netherlands and England. “Excellent teams allow us to develop our knowledge in area of soccer. The final is the milestone of the tournamen. With a lot of people watching the game it causes an huge impact on the referees and players. Therefore, it was that moment that has increased and stimulated my motivation.”

Be open-minded so you can really develop

“My best tip is to be very open-minded with a humble mindset”, says Santiago Bedoya, AR in one of the finals. “This is important if you want to develop, both as a referee and as a person. Be like a sponge, take in everything during the time, things you learn during the matches as well as tips and tricks from the assessors who’s only job is to help you.” 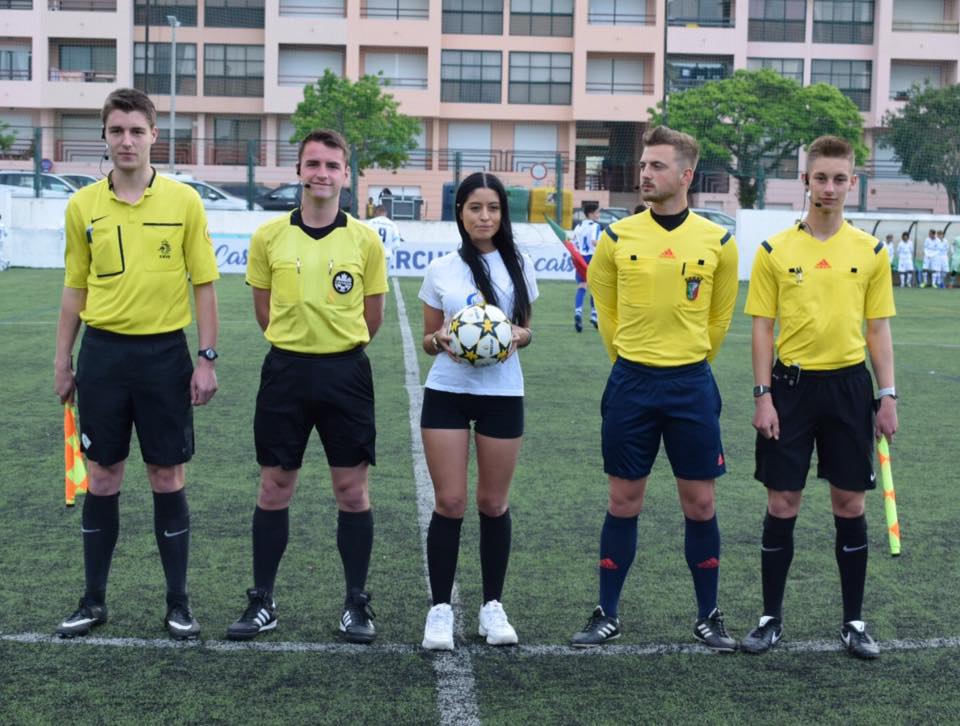 The tournament and the final was like nothing Jeremy Laroche from Canada ever experienced before. “It was an amazing blend of high level play, atmosphere, and pressure situations which made it an ideal environment for us match officials to learn and develop in.”

“The biggest lesson I learned is the importance of communication. It can help make match control easier, improve the credibility of decisions, as well as gain the respect of the players when done well. It is something I had to work on during the tournament due to the language barrier with foreign teams.”

Use positive words towards players

For Dutch referee Luc Schoenmakers it was also an honour to be involved in the final between Gremio and Porto. “Together with Harry, Jeremy in the middle and Flávio as 4th official we had a top team.”

Luc was impressed by the atmosphere in during and before the game. Camera teams, instructions on what to do – the whole scenario written out. “And then the moment we walk out on the field of play. Goose bumps!”

During the Ibercup Luc gets the chance to officiate top teams like Real Madrid, Juventes and Real Betis, and many more. “And then you’re observed by Bobby Madley, a former Premier League referee.” After that game he points out the details that can make you a better referee. “Saying something positive, instead of negative. Like it’s a good tackle instead of no foul”. Luc likes this positive approach towards the game and the players.

Will Quartermain (2nd from right) with his team. On the left, that’s me 😉

Will Quartermain flew all the way over from Australia with his parents and brother to referee games at Ibercup Cascais. “For me beging a ref from Australia and the Asian confederation, it was a really different experience in terms of football style compared to back home. The different tactics adopted by different teams of high calibre meant I had to quickly adjust to a more European style of refereeing. It was a real learning experience.”

Take time to make your decisions

The biggest lesson I learnt was to take time, says Will Quartermain. “No need to rush to make every decision correct. In faster paced games taking time to make a decision can bring the game back under the tempo and control you prefer.”

Tip: you can now apply for the 2020 tournaments. Go to refereeabroad.com

9 thoughts on “Refereeing abroad: the benefits and lessons”