The referee smartwatch app Refsix ensures I do not write anything down during the games. I record everything on my watch: goals, cards and substitutions. I am very pleased with this new piece of technology.

Since last season I am avid user of the app Refsix and satisfied about it. The recent update makes it possible to see fitness stats on how fast I moved (sprint, jog, run, walk) and where on the pitch. Curious how this new technology works for (amateur) referees? 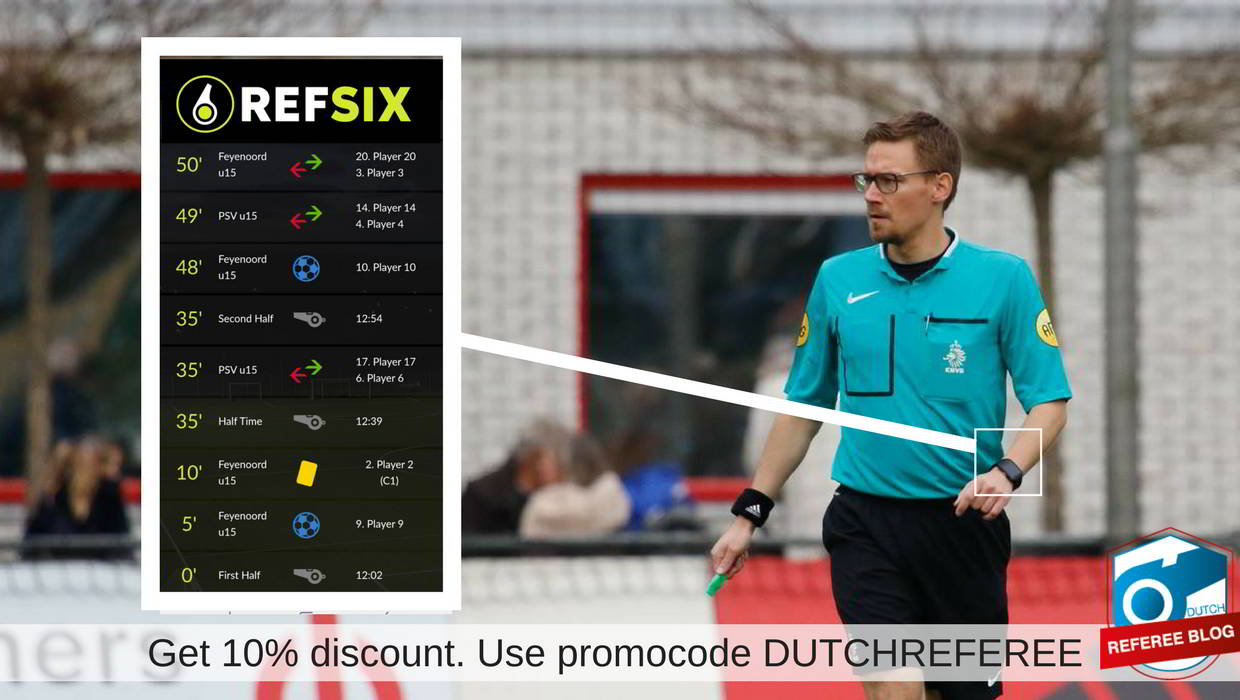 Because I love the app I was happy Refsix offered me to become a partner. Getting the Refsix app costs 50 pounds/euro's per season. As partner I can offer you a 10% discount. If you use the code DUTCHREFEREE in the Refsix webshop, it also means you help me a little. I get 10% of the sales as well. In this blog you'll get the experiences from me and you'll see what the app has to offer.

The idea behind the Refsix app: you'll do all your admin as refere via your phone and smartwatch. At first, you'll create the game on your phone and type in the line-ups. At my level I'll use only the player's numbers. With a push on the button you'll transfer these match stats to your smartwatch. During the game you'll add goals, cards and subs quickly via your watch. After the game you can sync both devices and see the match statistics on your phone.

The first experiences with Refsix

About a year ago Hassan from Refsix approached me if I wanted to try their new app. As online communications expert this new technology is appeals to me. He send me a watch and gives me permission to the app. In the first season I always wrote the scores and subs down on paper, because you'll never know.

During the first half of the 2016 season the synching didn't work with my phone, but luckily that is solved. In the current season that goes well and I even stopped writing all goals and so on down on paper as a back-up.

Since the youth game between Feyenoord and Twente I realised it. In my notebook is a 4-0 score, but the end result was a 6-0. The last two goals were only added on my smartwatch.

That was a key moment for me. 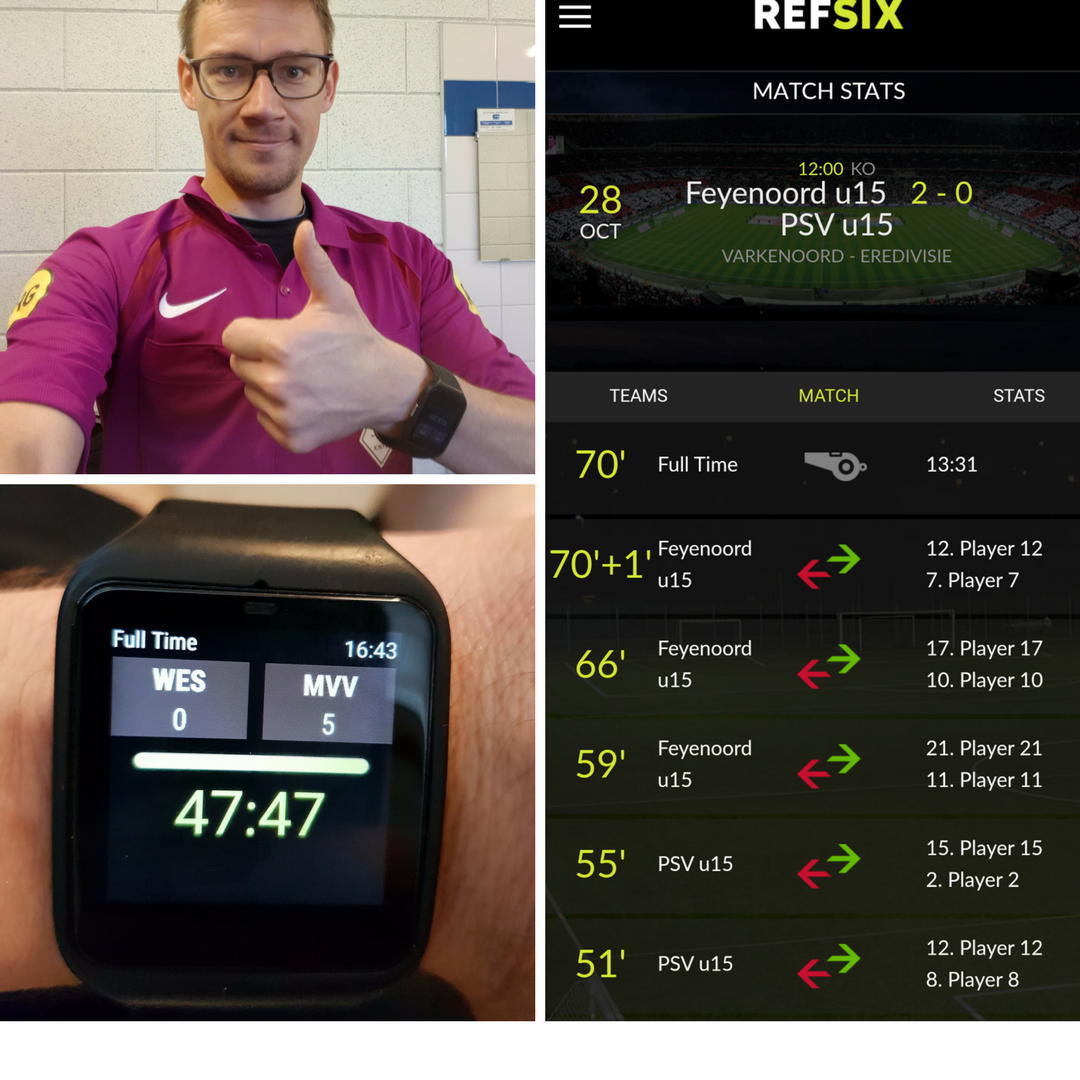 Both coaches realised it too. "So you only use an app to do your admin?" It was an interesting post-match talk about the use of technology in football.

Games after that I still have a pen and paper with me, but barely write things down. It's purely to make sure I can write weird things down or describe red card situations.

With the new feature heatmaps I can see where I run on the field of play. I used the Runkeeper app for this on my watch, but the Refsix app now gives you heatmaps where I run or if I had a lot of sprinting to do. As referee it's good to monitor how good your fitness is. 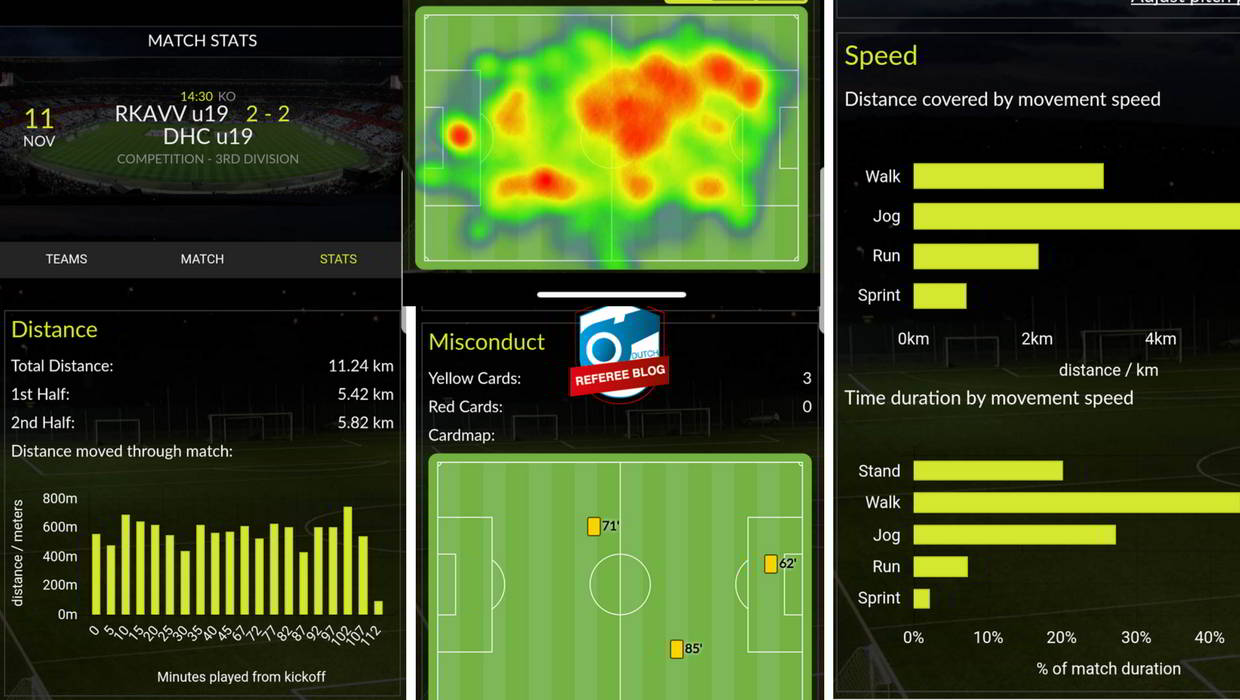 Stats of your season

The app also gives you a good overview of you the games you whistle. I am always curious how many cars I show. It doesn't mean I'll show more yellows if I am under average, but knowing your stats helps. For example, if my average is four yellows per game, and last season it was two, than something has changed. If I notice this, I can track down where it comes from. Did I become more stern or were the games much harder?

The app keeps track of the number of games, how many goals, cards and what the averages are per season. 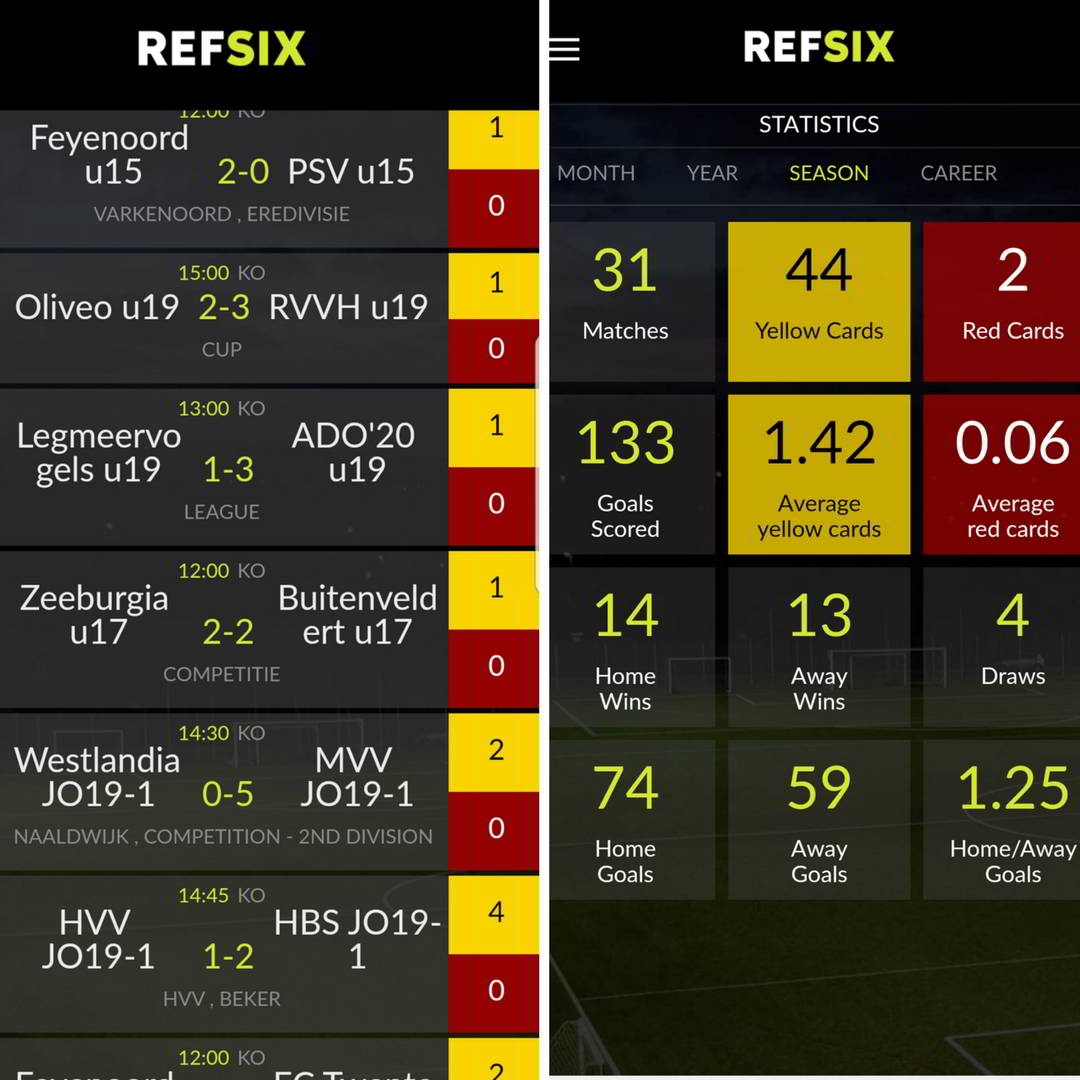 Get the app with 10% discount

Want to buy the app with 10% discount? Go to the Refsix webshop and use promo code “DUTCHREFEREE” in capital letters in step three before you pay. Enjoy the app!