The referee plays advantage perfectly when you let the non-offending team build up an attack. But where do you apply the advantage? In this blog post you’ll see video examples, plus criteria to keep in mind when giving advantage.

Because of a great example in the last UCL round, I thought about writing this blog story. Have a look at the video below.

Foul in counter-attack by Ajax

Referee Carlos del Cerro Grande plays the advantage in the clip above. Dybala from Juventus is on the left wing. In the middle Ajax player Ekkelenkamp clearly pulls Ronaldo back, because he wants to stop him moving forward.

As pointed out the player on the wing has a lot of space in front of him, which gives the referee a good reason for play to continue. Good to notice how closely the Spanish referee follows play after a counter-attack.

Below you’ll find all the criteria to keep in mind. 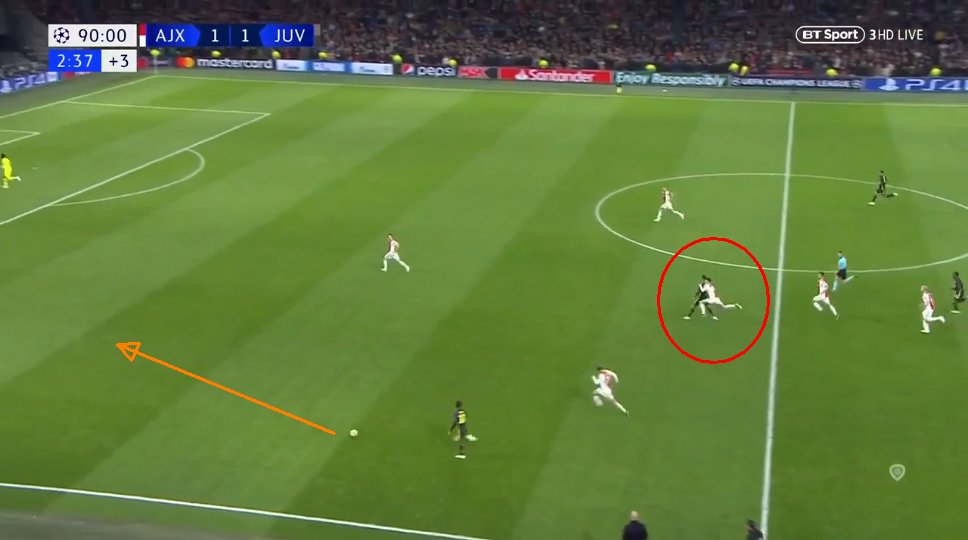 The Laws of the Game are clear on this subject.  “The referee allows play to continue when an offence occurs and the non-offending team will benefit from the advantage.”

But where does the caution come in? “If the referee plays the advantage for an offence for which a caution / send off would have been issued had play been stopped, this caution / send off must be issued when the ball is next out of play, except for the denial of an obvious goal-scoring opportunity when the player is cautioned for unsporting behaviour.”

In this case Carlos del Cerro Grande whistles when the ball goes out of play, because players have to wait. He signals the pulling and shows Ekkelenkamp a yellow card. 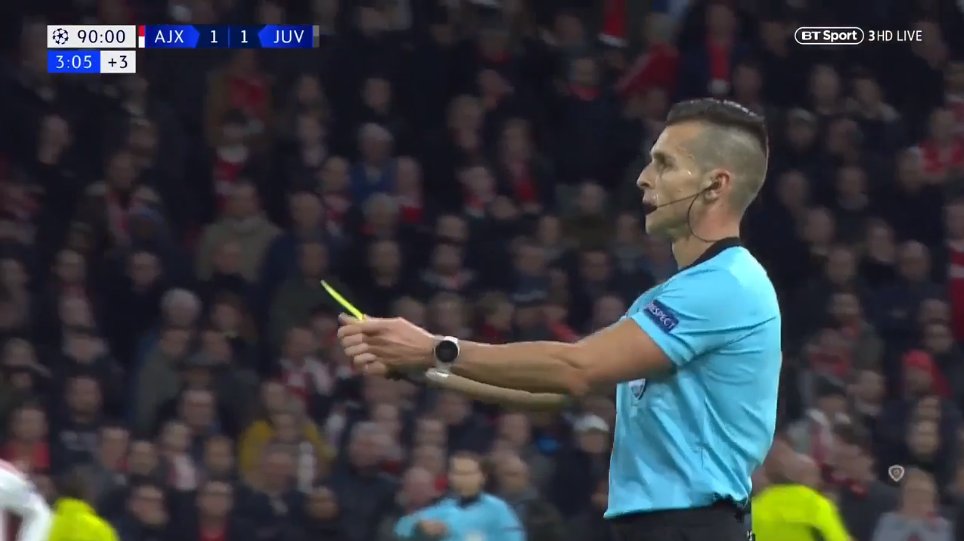 When not to apply advantage

“Advantage should not be applied in situations involving serious foul play,
violent conduct or a second cautionable offence unless there is a clear
opportunity to score a goal. The referee must send off the player when the ball is next out of play but if the player plays the ball or hallenges/interferes with an opponent, the referee will stop play, send off the player and restart with an indirect free kick, unless the player committed a more serious offence.

Things to consider when you play advantage

The referee may play advantage whenever an offence occurs but should
consider the following in deciding whether to apply the advantage or stop play:

The Laws of the Game have changed on advantages and stopping a promising attack. If the foul is just SPA, then you don’t show a card when applying advantage. In this case above you’d show a card for unsporting behaviour, but what if there’s a reckless foul? Check out this great decision by Deniz Aytekin (with clip).

Swedish referee Victor has published a few video’s on his YouTube channel, which you’ll find below. For example this one, where he gives advantage on the attacking half of the field of play.

Advantage on the middle third of the field of play. What you notice:

Advantage on the middle third of the field of play. This is where you need to be careful if there’s a chance for a promising attack. If you look at the clip you’ll notice that the AR even flags for the foul. The advantage works perfectly here, but always ask yourself where play is going.

Your tips and examples

Do you have any tips or examples from top referees or your own games? Share them with me via jan@dutchreferee.com