Months ago I published “Referees in the media”. I am going to pick that up with a section called “Referee news”. You’ll get the best news, video’s, articles about refereeing from other websites in a news message on my blog. First message will be about Schwab’s red card (+ 3 more reds) and I’ll share some video’s of referees at Scandinavian tournaments.

The 3rd Team has written a good analysis of last week’s red card in the qualifying games for European club competitions. I got the photo of the red card Willie Collum gave via Whatsapp. My first thought was that this must be a red card by the referee from Scotland. After watching the video I know for sure that the card for Rapid Wien’s Schwab was more than correct. He came in with a two-footed tackle and was lucky his opponent was not seriously injured. Check out all cards on the 3rd Team’s Blog. 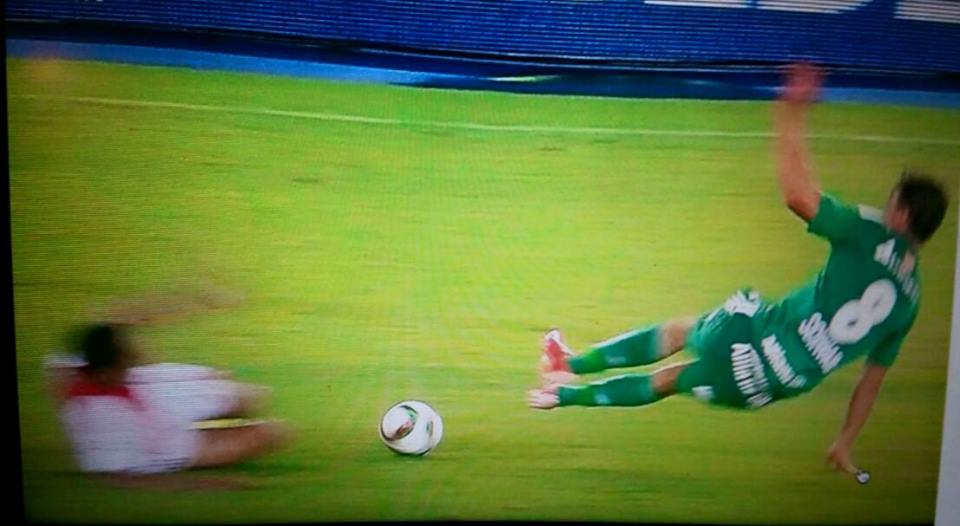 Have you ever considered refereeing abroad? I interviewed the referee director of the Ibercup recently and you can also check out the stories of Aled Fellowes from Wales in that same tournament. Now Cup Denmark has published a video interview with one of their referees. “A football match would not be the same without a referee”. Check out Markus’ story about refereeing at the Cup Denmark in 2015″

The Dana Cup has introduced the referee cam during one of the games. You can exactly see what the referee sees and what he is doing. I like that idea.