Uefa is a bit late with a short explanation of the new interpretation on the offside rule. But it’s always good to see different people explain it. Here’s how Collina teaches new offside rule.

I do collect referee badges from all over the world. This week the mailman had a nice surprise again: a referee badge from Brittany in France. Merci beaucoup! 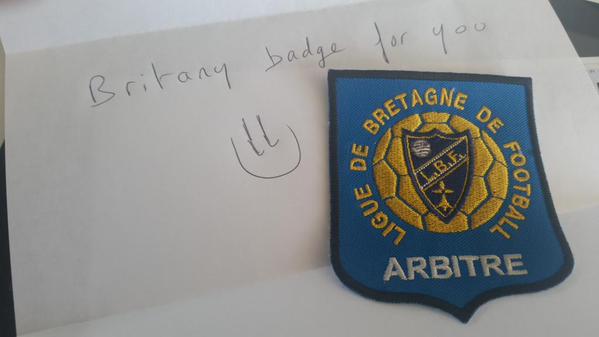