Referee news: Arsenal petition against Mike Dean, latest international referee appointments plus watching other sports and learn from it. 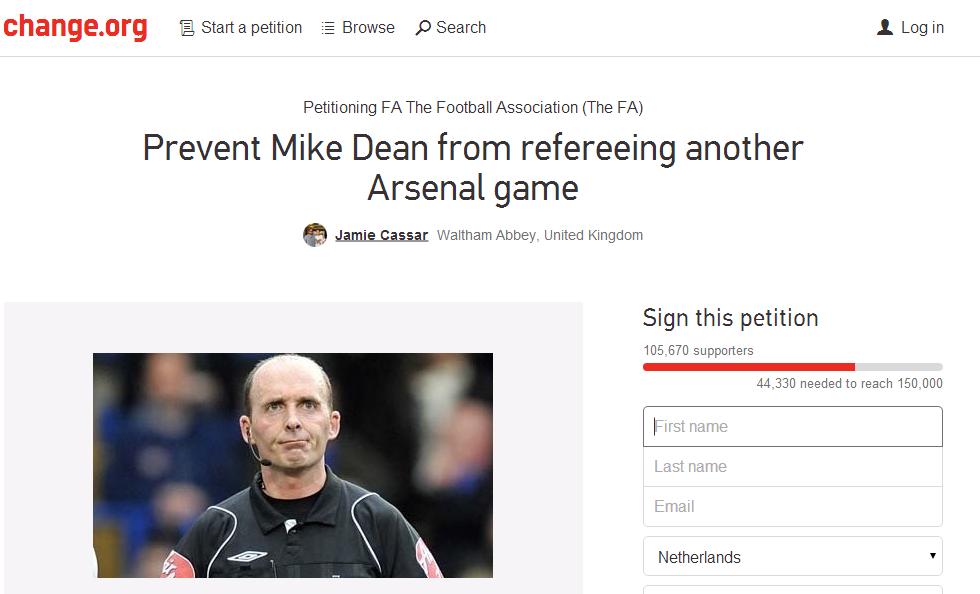 Over 100.000 people signed the petition now, so it can be discussed in parliament. The referee has sent off two Gunners in their game against Chelsea but forgot to give Diego Costa the red card. Full story on The Mirror.

Sometimes it is good to watch referees in other sports. #RugbyWorldCup it is. What other sport would you like to ref? pic.twitter.com/sZeftpNxzh