Referee Mustafa Kamil Abitoglu retires as referee in Turkish football. His career ended with vanishing spray on his head and he got a red card from player Sabri. 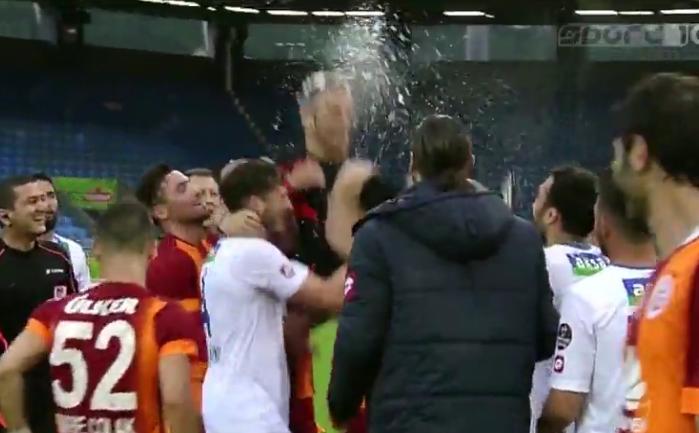 Referees in The Netherlands who retire get a firm handshake and maybe some flowers, but the retirement of Mustafa Kamil Abitoglu was quite different. The Turkish referee got vanishing spray on his and was lifted in the air after that by players from Caykur rizespor and Galatasaray. That were the teams he officiated during his last game on the Turkish top league.

Mustafa Kamil Abitoglu has to retire because of the retirement age of 45, which he will reach on June 15th 2015. In his last professional season he officiated also the Turkis Super Cup between Fenerbahce and Galatasaray.

Check out the festivities with the ref’s retirement:

How would you like to retire as a referee?