Referee Clay Ruperti talks about his career during a meeting I’ve visited earlier this season. Because he is recognized as a young talent from the start, he dreams about reaching professional football as referee. But can you stay true to yourself or will you change your style because of what others want you to do? His most important lesson: “It’s better to be hated for what you are than to be love for what you are not.”

Tips and lessons from this referee in Dutch professional football. 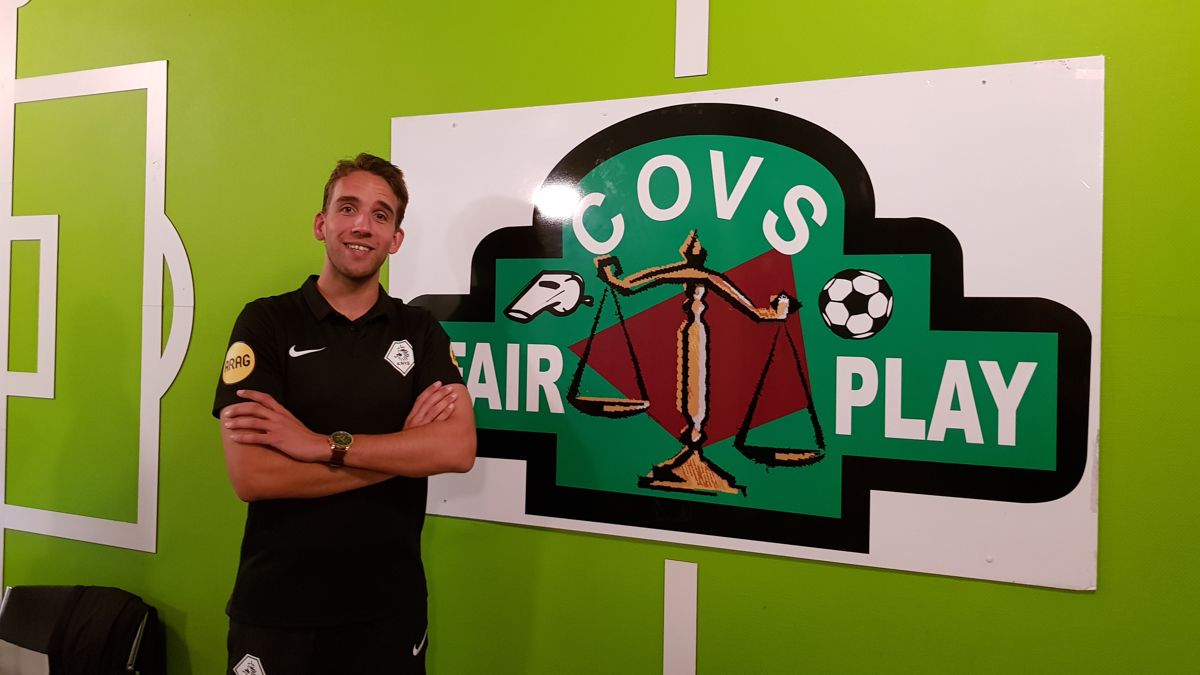 Since the 2017-2018 season he whistles games in the Keuken Kampioen Divisie, which is the Dutch second tier. But at a certain moment in his career he thought: “I’ll never make it to the professional football”.

Because he is in the talent groups in amateur football for years, he hopes to reach the pro leagues. But every season he misses out on the promotion to get into the pro league talent group. “Every year someone else went up, which is frustrating”, he says. “You try to meet certain patterns and requirements of which you think: that’s what they want to see. Then you move further and further away from who you really are.”

Be yourself as referee

And in the season that he thinks he will not make it, he receives his step up to the professional league’s talent group. The pressure is off. “That season I whistle games with a lot more pleasure. In the end of that season I may whistle the game for tha national amateur championships.”

After that season he receives a phone call about his promotion. A lesson for everyone: “Don’t play a role, because you’ll fail. Be yourself, then the chance on success is the biggest.”