The referee age limit will be abolished soon, announced the Fifa Executive Committee. Now international referees have to stop at the age of 45. Fifa regulations say that a referee “shall not have reached the age of 45 [born in 1967 or later]* on 1 January of the year for which they have been nominated”. 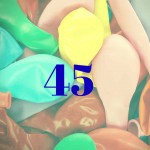 Blatter announced the new measures after he heared he will be banned as IOC member when he turns 80. At a press conference the current Fifa president said that referees “shall be carefully evaluated”.

According to the old Fifa and Uefa guidelines for example Stephané Lannoy had to stop refereeing by the end of 2014. Uefa has added Antonio Mateu Lahoz and Deniz Aytekin. Also AR Darren Cann had to stop at the end of this year. That’s why Howard Webb went to see his long-term assistant during his last Champions League in November this year.