Pulling shirts and shorts in football, Neymar giving the referee a shirt and more news.

Dutch newspaper De Volkskrant publishes a photo series in the middle pages of their newspaper everyday. Last week they made a collections where playres pulling shirts and shorts in football. A nice collection of pics! 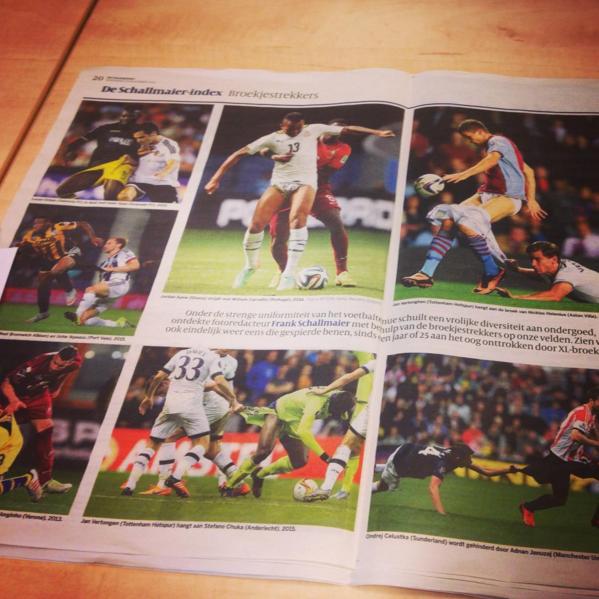 FIFA has appointed the officials below to officiate games at 2015 FIFA Club World Cup to be played in Japan.

The 3rd Team has the full teams including assistant referees.

Getting an player’s shirt

A video that intrigued me was the one where Neymar wants to give a referee his shirt. And he refuses.

Good question for referees to ask yourself: would you allow a player’s shirt? And would you do that in public or in the dressing room?