The suspects of the death of Dutch linesman Richard Nieuwenhuizen were again given prison sentences. The father of of the kids got six years inprisonment. During this second tril the father and five kids were found guilty of manslaughter. During the first Nieuwenhuizen trial seven were. The seventh person is now found guilty of violence in public. That is the verdict of the court earlier this Thursday. 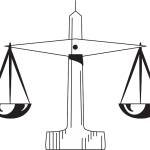 A few suspects said they want to step to the Court of Appeal, the last option to appeal against the verdict of the judges.

After the trial the judges said there was “an explosion of violence” during the incident one year ago. Linesman Richard Nieuwenhuizen got kicked and died one day later in the hospital.

The Nieuwenhuizen family responded after the trial: “We are satisfied, not happy”, says Nieuwenhuizen’s son Alain to the Dutch press agency ANP. “We can go further now. (…) We don’t have to see them (the perpetrators) face to face anymore.”