The Dutch Referee Blog wants to know which referees you think will be going to the 2014 World Cup in Brazil and who will get appointments in the final rounds. The winner of the prediction can win a FIFA World Cup referee kit, sponsored by Refereeworld.com.

Fill out this form and take part of the competition.

You can find out how you can score points below. In the terms and conditions you can also read when you have to make your predictions. Fifa will probably publish the names of the World Cup Referees on the 15th of January – so I suggest you to fill it out the form as soon as possible if you want to be in the competition and have an chance to win the FIFA World Cup referee outfit. 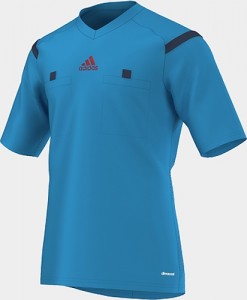 *The number of referees at a World Cup is not always the same. In 2010 there were 29 referees selected, in 2006 only 21. The number of refs for the 2014 World Cup is not set yet, so that could vary. You may choose how many you select. If you pick 40 and Fifa selects 30, you might have guessed all refs right, but you also got 10 refs wrong. That’s why you get minus 3 points if you made an incorrect guess.

Ready for it? Fill out this form and take part of the competition.