Greek Hamburger SV player Papadopoulos tried to fool the referee. Not his opponent got red after consulting the Video Assistant Referee (VAR), but he got a yellow for fooling the referee. 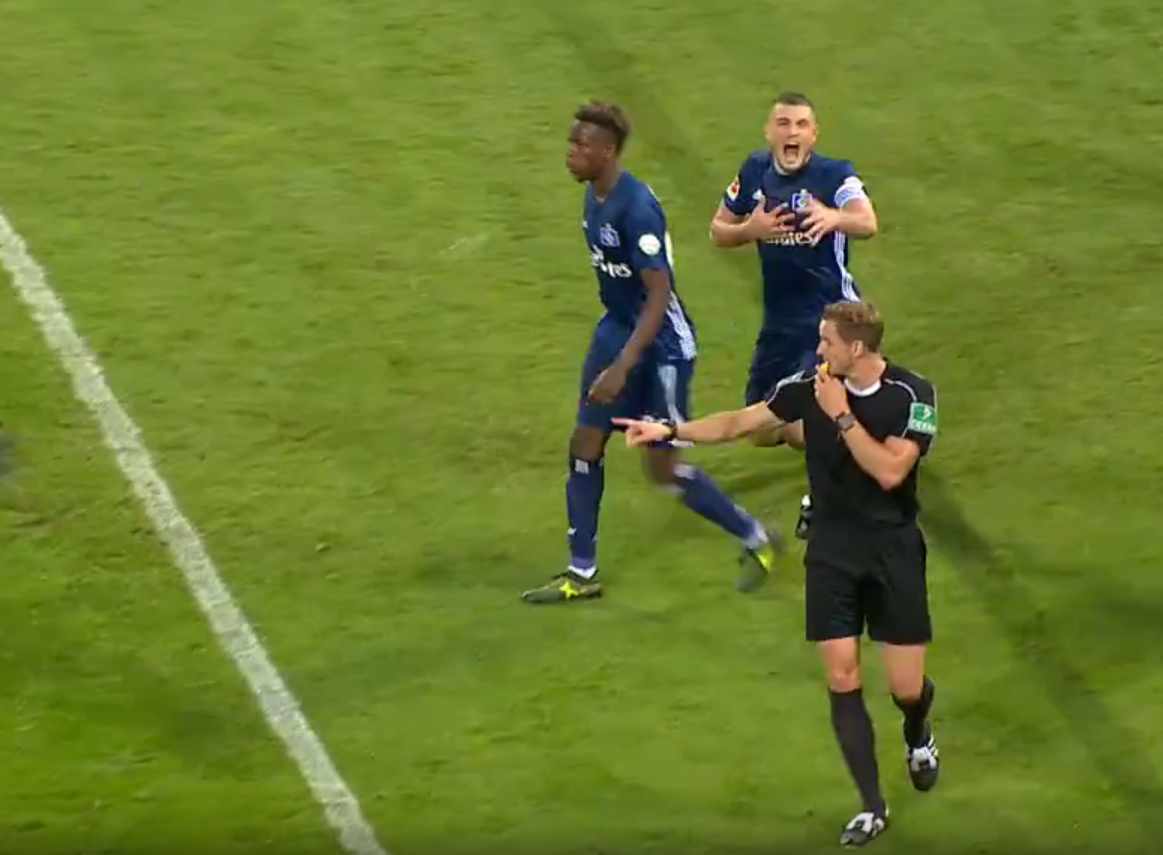 Papadopoulos falls down and grabs his chest to deceive the referee

It was a strange game on Friday between Hamburger SV and 1er FC Köln. Especially from a refereeing aspect:

The incident in injury time

And then an incident on the goal-line in the 7th minute of injury time. There were 13 because Brych got injured.

Firstly, as ref you need to be brave to step between to angry players, but he managed to prevent them getting into a fight. And then Papadopoulos started some theatrics.

Is the VAR allowed to review simulation like this? You’ll read more below the video.

When the VAR will take action

Diving is not on the review list from DFB and Bundesliga. So why did he get punished for simulation? I think the VAR was checking if there was a possible red card situation, based on the reaction from Papadopoulos. It looked quite intense to be honest.

Players will think twice now after punishing Papadopoulos. Big brother is watching you, so don’t do stupid things. 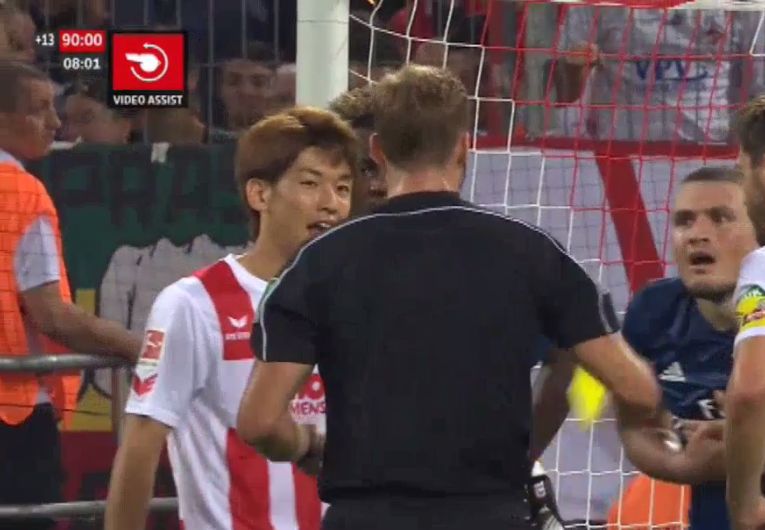 I am curious what you think of a yellow card for obvious simulation like this. Is a yellow card enough or should players receive bans? Please let me know in the comments.

One thought on “Papadopoulos gets yellow by VAR for simulation”