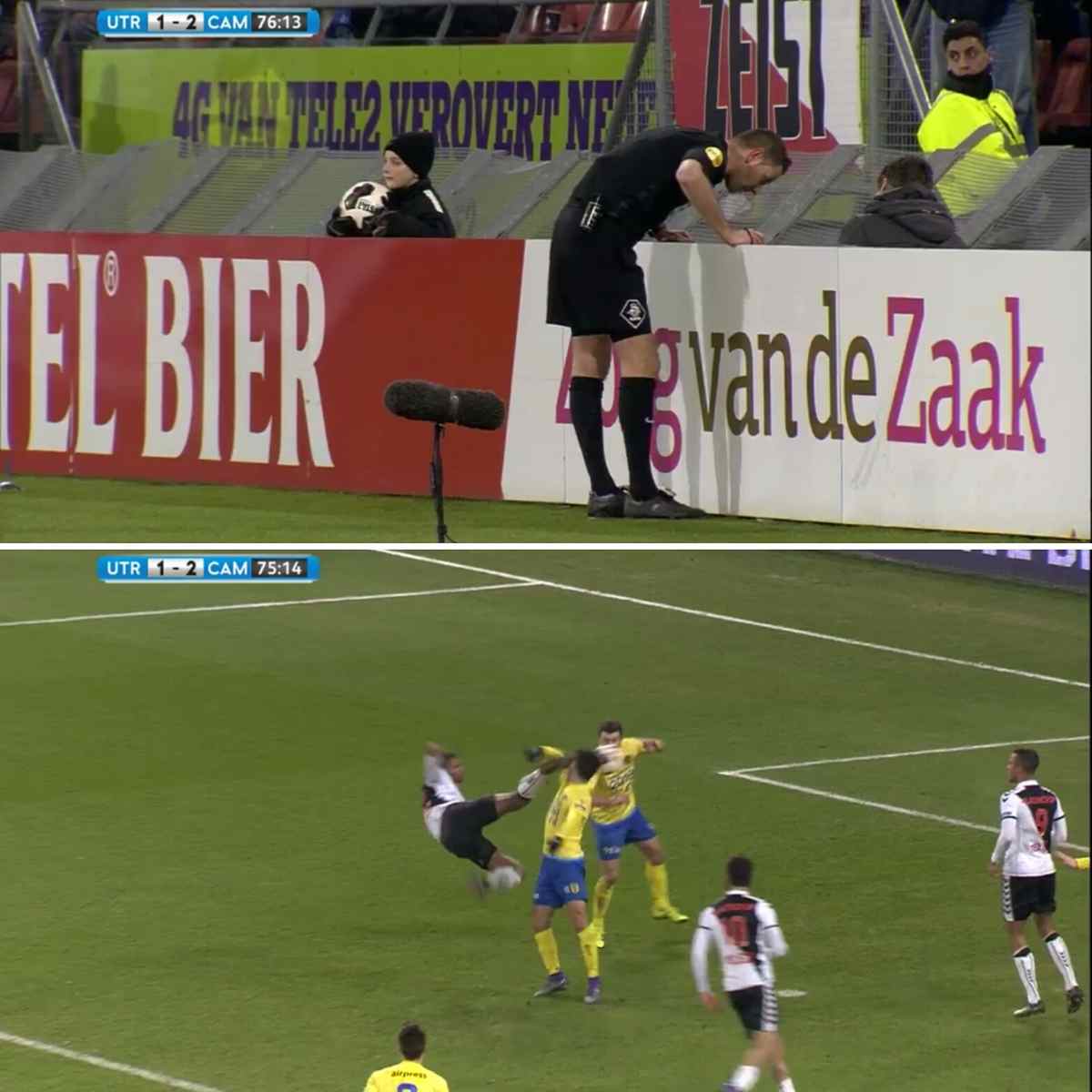 Referee Pol van Boekel gave a penalty kick, because the Cambuur (yellow-blue) defender touches the ball with his hand. After quite a lot of protests the referee finally made the call that he wanted to see an on field review of the situation. The referee gives a clear signal that he is going to see the screens, which did not happen on previous occasions. He then runs to the sidelines and checks the monitors. It doesn’t take him long to see that Utrecht attacker Haller plays in a dangerous manner. He walks back to the penalty area and makes clear he will award an direct free kick. He signals that Haller’s leg was too high with touching his opponent.

And then: no complaints at all. As if Utrecht players already knew the decision was going to change. Want to see the situations yourself? There’s a video below.

Viktor Kassai from Hungary was the first referee at the international stage to use an on field review. During the World Cup for Clubs he got notified by Video Assistant Referee Danny Makkelie that he missed an incident. He choose to review the situation himself. “This is the first-ever live trial with Video Assistant Referees at a FIFA competition”, Massimo Busacca, then FIFA’s Head of Refereeing said. “So this is something that is new for everyone – especially to see the referee run to the video replay area at the side of the field.”

His conclusion about that situation: ““In the incident tonight, the communication between the referee and the video assistant referee was clear”. He was happy technology worked well, but most importantly that the right call was made. “And ultimately the final decision was taken by the referee, which will always be the case since the VARs are only there to support.”

Read more about the value of the Video Assistant Referee >>