Last weekend showed us a great case study for offside. Second last defender is the key word for it.

Have you seen the game Chelsea vs Bournemouth? Check out Murray’s goal for Bournemouth. Was the referee correct to allow the goal?

At offside situations you usually look at the last person in a kit of a certain football club, because the goalie (with his different outfit) is on his line which makes one of the backline players the so-called second last defender.

But it gets difficult if a goalie leaves is goalline. As assistant referee you need to make sure you focus on the second last defender.

I have to admit the assistant referee in the video above is in a quite good position. And Murray is just slightly offside, as you can see in the picture below that is foot is closer to the goalline than Mikel, the second last defender. You can spot the goalie behind numbers 4 and 5 of Chelsea by the way.

Yes, the goal shouldn’t have stood. But I doubt if you can blame the man on the line for that. He needs a hawk-eye to spot it. My point is to let you realize that the goalie is NOT always the last the defender and that him moving forward changes who is the second last defender. Keep that in mind while on the line! 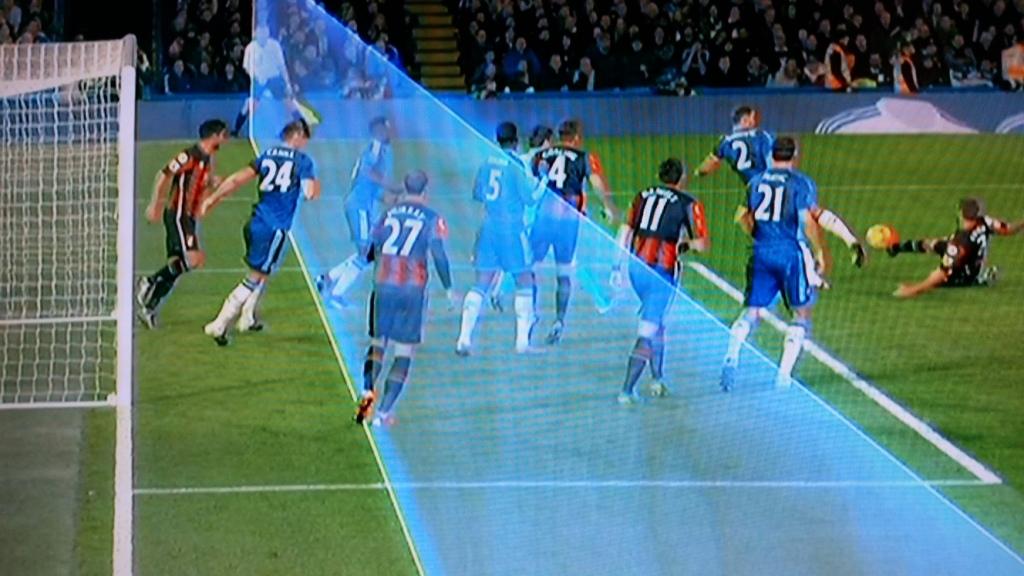 4 thoughts on “Offside: second last defender at Chelsea vs Bournemouth”