You might recognize this: there are not many things going on at your local referee association. No speakers, not many lectures or video sessions with match incidents.

At least I do.

In my opinion referees should get educated and they need to be challenged. And then I got in touch with Stephen Wallace, an active referee from the North West Referees Association. He’s refereeing on the second national level in Northern Ireland. He’s the son of Wilfred Wallace, former Fifa referee from Ireland a very well respected official with 2 FAI Cup final’s to his name. 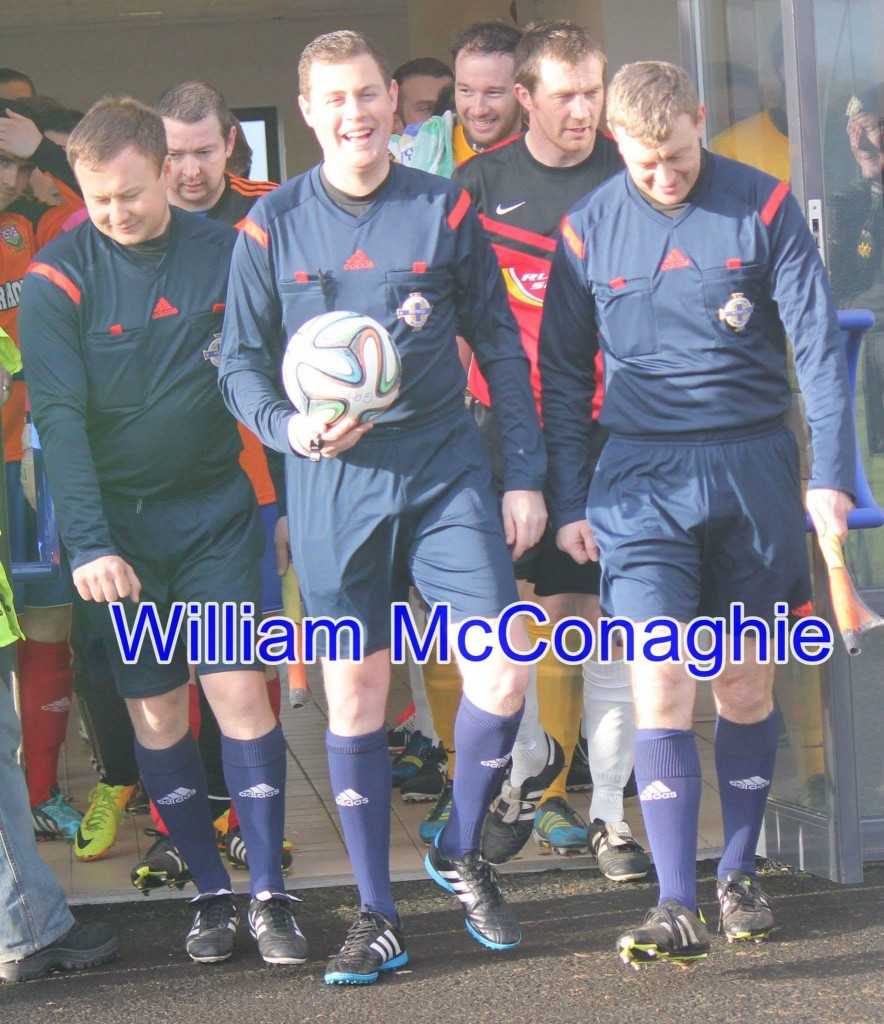 Wallace talked with me about referee development at regional level within the North West Referees Association. In his opionion things for referees were ‘sitting static’.

That was 14 months ago. He started a referee development group. Got a bunch of interested referees to do a fitness test, attend monthly meetings, completed a season goal/objective form and after each match completed a self-assessment form. Stephen then arranged a mentor for each of them. “Referees need a continuous process to develop themselve. And since we started I’ve seen a lot more professionalism by the referees involved.”

What is asked from the refs?

“I set some criteria in which they had to do a fitness test, attend monthly meetings, completed a season goal/objective form and after each match complete a self-assessment form.” Stephen then arranged a mentor/coach for each of them which is very important as refereeing can be very lonely after a tough game and by having this in place the referee has a friend to lift the phone to and discuss things. Stephen also stated that getting as many referees involved locally in the Foyle Cup is a great way of supporting their development as they will take part in many games as referee & assistant and work with referees of different levels.

“We wanted to stand out and look the part so at grassroots level matches our development referee’s dress code was a full track-suit and t-shirt with logo and for any finals the referees all had to wear shirt & tie. Arriving in good time for games was also very important and set a good standard in regards to carrying out all your pre-match duties, so 45 mins before a game was set for junior games.”

“They need to stay physically fit and pass a fitness test set by Fifa to get them to the next level of football. It is not mandatory yet for our junior referees to pass a test however I want our North West referees ready for it and setting an example.”

At the North West Referees Association the referees in the development group get an “opportunity” to improve.

Related story about setting goals: It’s a good thing that they ask referees to set their goals. George Gansner, a MLS and FIFA referee, said once that he started his career by setting goals.

If you do that as well, then you have something to work towards to – eventhough you sometimes have to take little steps forward.

Wallace  says that his work has payed out. “And yes, it’s definitely time-consuming, but I want to give something back to the game”, he says. “But we are doing really good work in the North West Referees Association.”

His RA is now organising a special day on June 13th to make referees better. The topics are thing really could benefit from in their career. These topics might be interesting for your local RA as well for monthly meetings or a big event like the one at from the NWRA.

Wallace is even looking for options to start a referee academy with the help of some sponsors. He hopes that referees always want to improve. Not just the young ones, also older referees can learn throughout their career. “It’s very important that every referee is pushed to their best.”