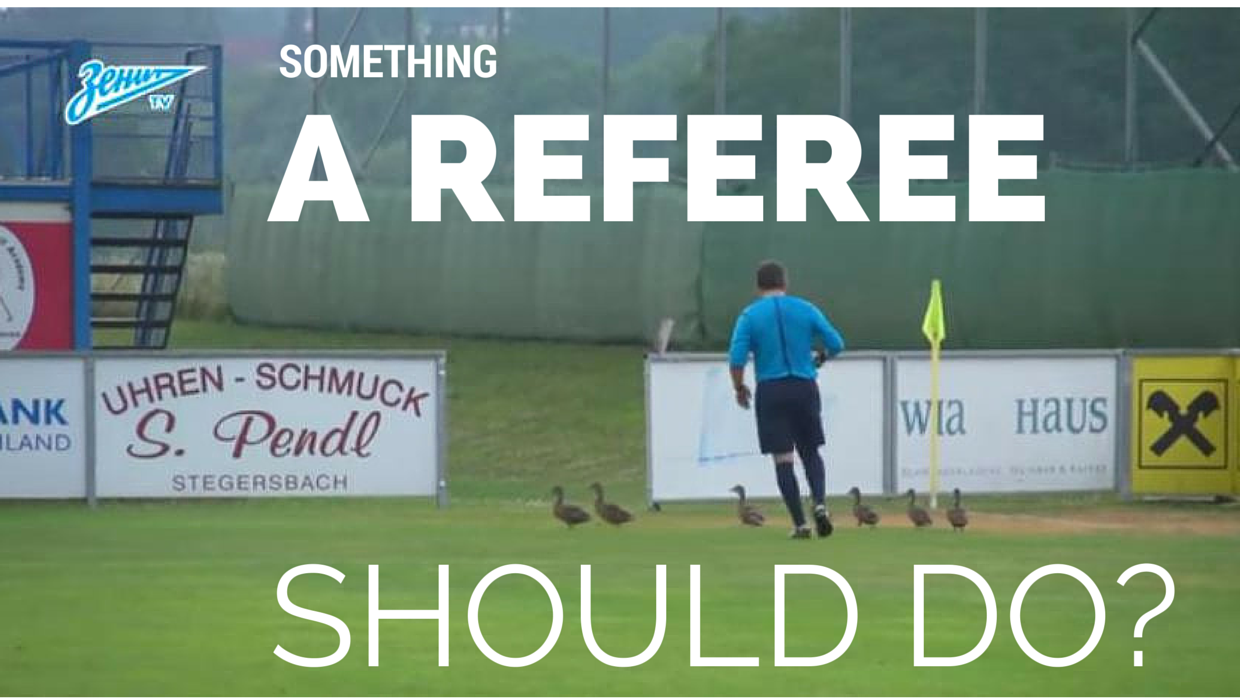 Fifa needs to update the Laws of the Game. Law 5 “The Referee”  is insufficient. Based on Zenit St. Petersburgs friendly we can add a new task: removing ducks off the pitch. But is it something that a referee should do?

As a referee you always want the game to be played, but do you really need to do such things? I’d ask someone from the club and let them catch the ducks or remove them from the pitch.

Check out the video below from the game between Zenit St. Petersburg and Ludogorets.

What is the strangest thing you ever did during one of your games?