Earlier this year George Gansner went to Phoenix for the pre-season test for MLS referees and assistants. It was the first time in twenty years he did not have to do the test. “Being there is great, but I already miss it. It will be hard in the first few months of the season.” An interview with retired MLS assistant referee George Gansner.

He’ll devote his time to his family (got his 4th kid in 2016) and work as a marketing/business Development Leader. And totally quit refereeing? “I might do some 8 or 10 a-side games and only locally.” 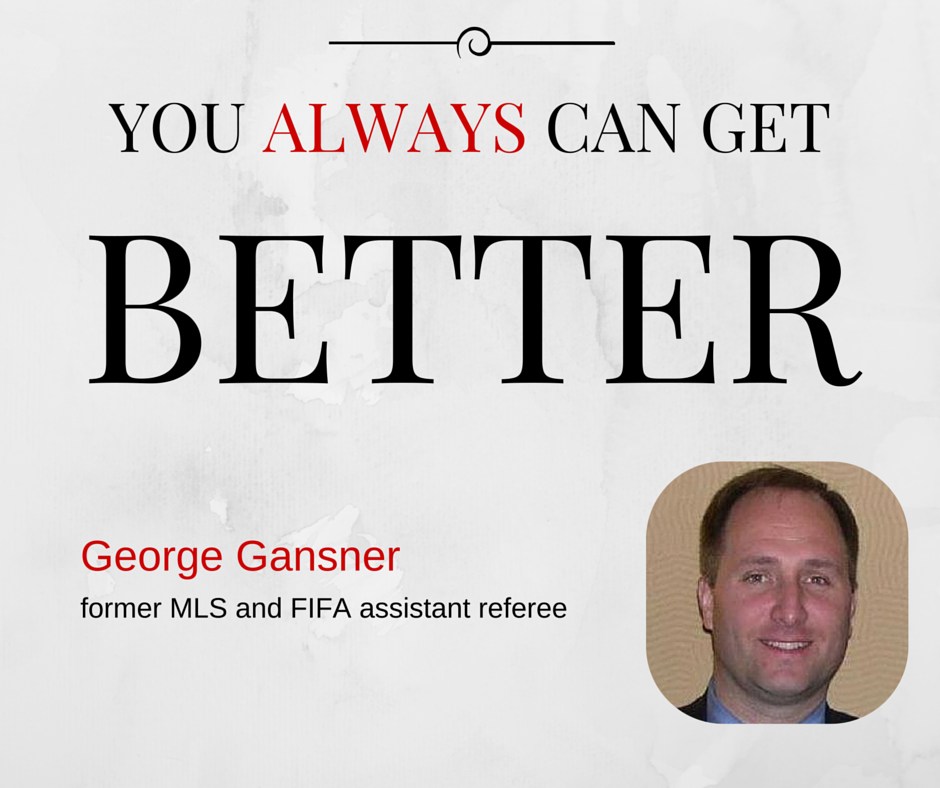 After 217 MLS games and 13 years as Fifa assistant referee, Gansner quit. “And then I got asked to be an AR coach at MLS. I focus on making them better. The offside stats in 2015 were good though, but we can always improve.”

That’s what Gansner repeats a few times during our Skype interview: “The main thing I’ll focus on: you always can get better.”

After the 2015 season the MLS lost a lot of experience on the line. It wasn’t just Gansner who stopped. Totally 5 AR’s retired with a total of 1500 MLS games of experience. “But new good ones are coming in already”, says Gansner. But what does it mean if you come to the national level of the MLS. Gansner explains:

It might look like getting into a new world when you reach the professional level. “They should not look up to that show anymore. They are part of the show.”

Gansner strongly advises that if you make steps on the ladder, whatever level you might be at: “Don’t do anything different. Don’t change what you’re good at.”

“The very best moment of my career was the last regular season game. I wanted to do the playoffs. But in the last regular season game I walked up the pitch with my kids at LA Galaxy vs Kansas City. He’s also officiated at the Azteca Stadium in the World Cup qualifiers, worked with European top players during tournaments in the US. “And I got the chance to officiate a friendly between Chelsea and Manchester City, and Argentina and Bosnia, in St. Louis, which is my hometown. There’s no top level team in St. Louis – 3rd division, but not MLS, so these games were very special.” 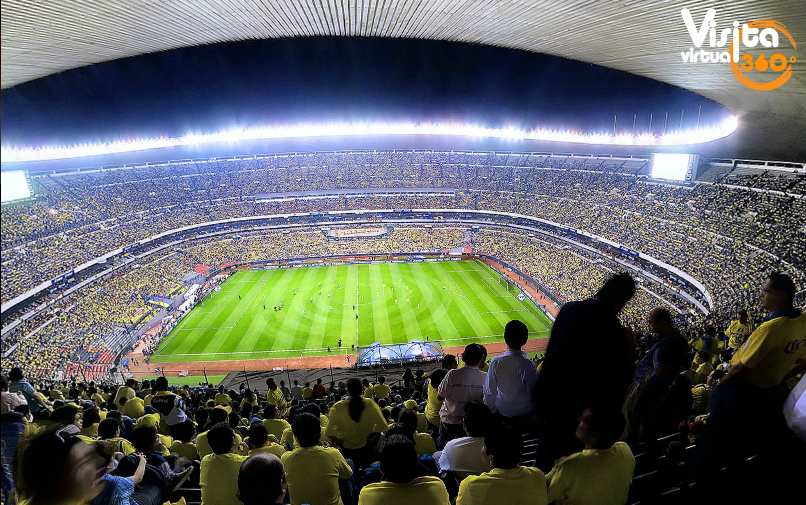 Photo of Azteca Stadium where George Gansner officiated. Photo is a screenshot from the stadium’s virtual tour.

I’ve previously posted a video of a referee meeting where Gansner gave 3 lessons from his career.

The 3rd point of the list was crucial in Gansner’s career. In 2008, only a couple of weeks before the Olympics, the AR failed his fitness test. He went home after the test and needed to get surgery. “The hip injury was not the biggest setback for me. That was missing the Olympics. That was a long term-dream.”

“I could have quit”, Gansner says. But there’s always a second choice: “Go on”.

And that’s what he did. “Mentally and physically you have to come back after the surgery. And how would you deal with adversity.”

As a center referee Gansner was close to reaching the national leagues as well. “I remember at youth level I never went to the nationals because of 1 poor performance. Awful, but I needed to get on with it and forget about it.” He points out it’s the same with mistakes you make as referee. Yes, you need to learn from them. “But then I get rid of it. I really forget them.”

Tips to improve as referee

As referee you need to do some reflection for yourself. Based on the tips George Gansner provides, you should ask yourself the following question: “How do you want the game to go? Do you want to blow the whistle a lot or let them figure it out?”

Think about that for yourself and share it in the comments below. If you know what you want, you can do that during your games. If you’re not sure, try some new things and see how it works.

And never forget: “Always try to learn a little more. Listen to others, but don’t go away from your own path, whether that might lead to becoming a national league, FIFA or regional referee. Follow your OWN path.”

More homework: One thing you need to ask yourself: have you scheduled your path? What are your goals? Tip: don’t focus on the end goal, but set smaller goals for each season as well!