Michele Scarpino is expert in sport business management and also officiates in San Marino and Italy at national level. The Calabria-born Scarpino lives in Bologna, where he started refereeing during his studies in 2007. It’s also the area where Italian top referees Pierluigi Collina and Nicola Rizzoli come from. In this interview you’ll learn how it is to train with top refs, which opportunities you should look for and he shares his tips on game management.

If you have the chance, train with top referees. That’s where your own fitness will benefit from as well. Scarpino trained with Rizzoli for 8 years. He absorbed everything Rizzoli says about refereeing, communication, managing situations. “For me Nicola was a teacher,he is also a friend and a good manager.”

TIP: watch the video by Carol Anne Chenard “surround yourself with great people”

Try to officiate at a higher level

He went from local games near Bologna, to games in the Emilia-Romagna region, to games all over the country up to Serie D. He also officiates the top teams in the academies of professional clubs, f.e. Inter Milan u21 or SPAL u21. And “a big step” for him was to officiate friendly games of the professional teams Bologna and Parma. With players like Marco di Vaio, Alberto Gilardino and Alessandro Diamanti. “It’s a good experience, because these teams were really good in Serie A.”

That was a great way to learn. “But I never thought I’d be involved in two Europa League game, because that’s a very high level”. That’s what he achieved as 4th official for a refereeing team in San Marino. “A wonderful experience.” And in Azerbaijan he also officited the home country’s u21 vs Norway, with Erling Haaland. “Also when you’re not a FIFA referee yet, this is a big step in your career.”

Besides that he also officiated two UEFA under 16 and u17 international tournament and in the national leagues of Kosovo, Malta, Azerbaijan, Gibraltar, Andorra, Switzerland. The latter was at the Centre of Refereeing Excellence, where he officiated two games. That helped him a lot “of experiences and different situations”. “CORE is a school of life. Everyday you train and learn from coaches (former FIFA Referees)  and  UEFA observers.” One of his physical coaches was Hilco de Boer, the Dutch fitness coach who I spoke with on my blog on the importance of fitness.

In his referee career Scarpino officiated in 6 nations, 9 different leagues, 4 top leagues. Plus European competitions. “You need to believe in something, even if it means sacrificing everything”, he says. “Dreams are crazy, until you do it. Refereeing football for me: it’s an obsession. You need to have respect for each other, the players, the game, the fans, the observer, your colleagues.” For Scarpino passion and determination are crucial to succeed in it.

Scarpino is very ambitious. He’s completed three master degrees. One in Sports Marketing and Management, one in Sport Digital Marketing, Sponsorship and Communication, the other in Pharmacy. In the meantime he was also Coordinator Accommodation and Transportation list for the FIFA-UEFA RAP course in 2016 and referee liaison officer at the u21 Euros in Italy for UEFA Commission. “Thanks a lot to UEFA and FIGC for the opportunity and support“. He not only did learn a lot from the top referees present at that tournament, these match officials helped Scarpino again when he got his international games for San Marino. He could always ask them for advice.

Be mentally fit and have discipline

He got asked to officiate in San Marino and he accepted that request. That’s how he got involved in refereeing in that small country that is located in Italy and he achieved about 100 games there and participated 3 times in the final championship in 4 years. At the moment Scarpino doesn’t have games, neither in Italy or San Marino. He is working in Italy to fight the pandemic and covid19. But he keeps training and still has the motivation to stay active. What helps him in this is mental strength. “It’s all in your head”. 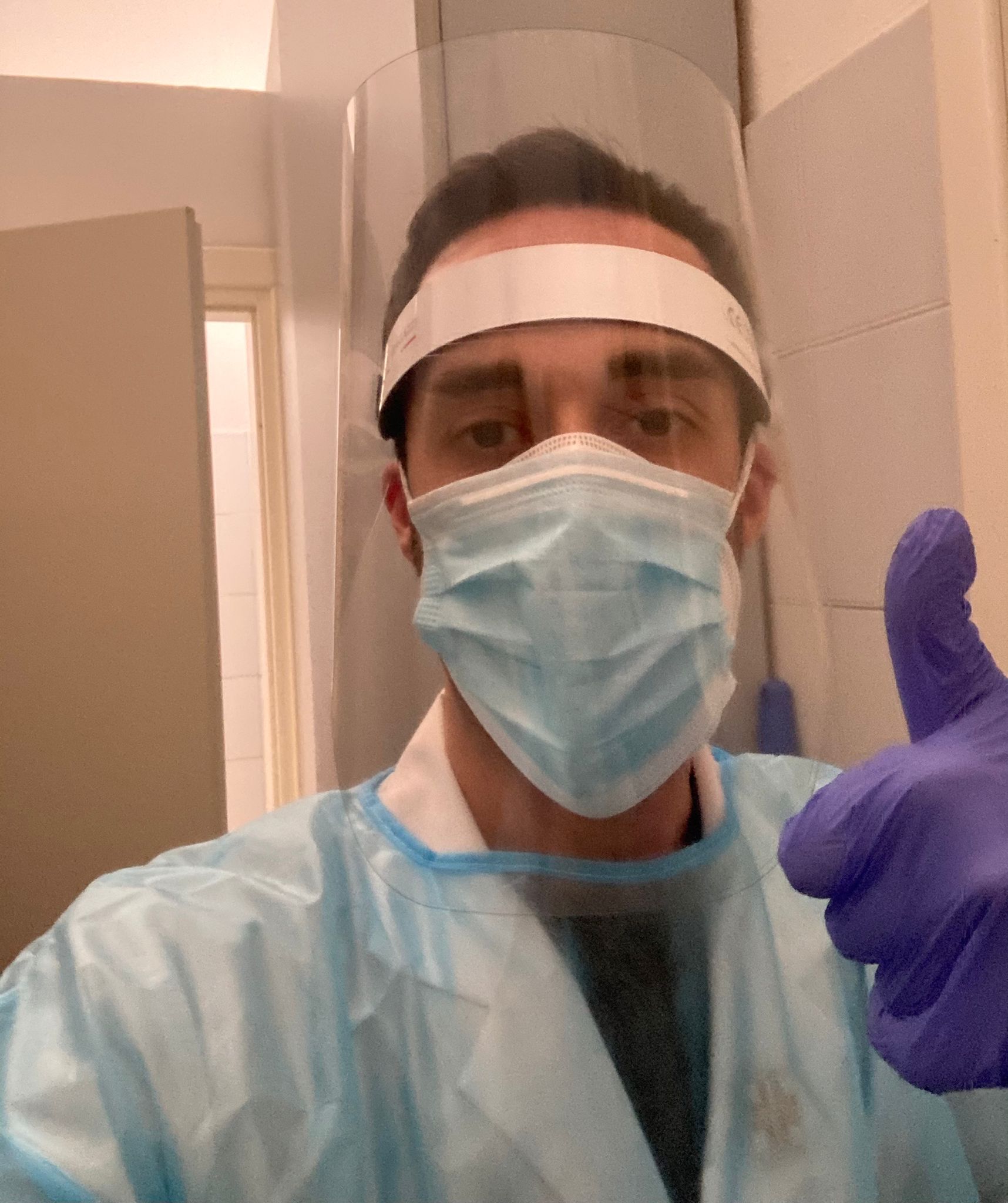 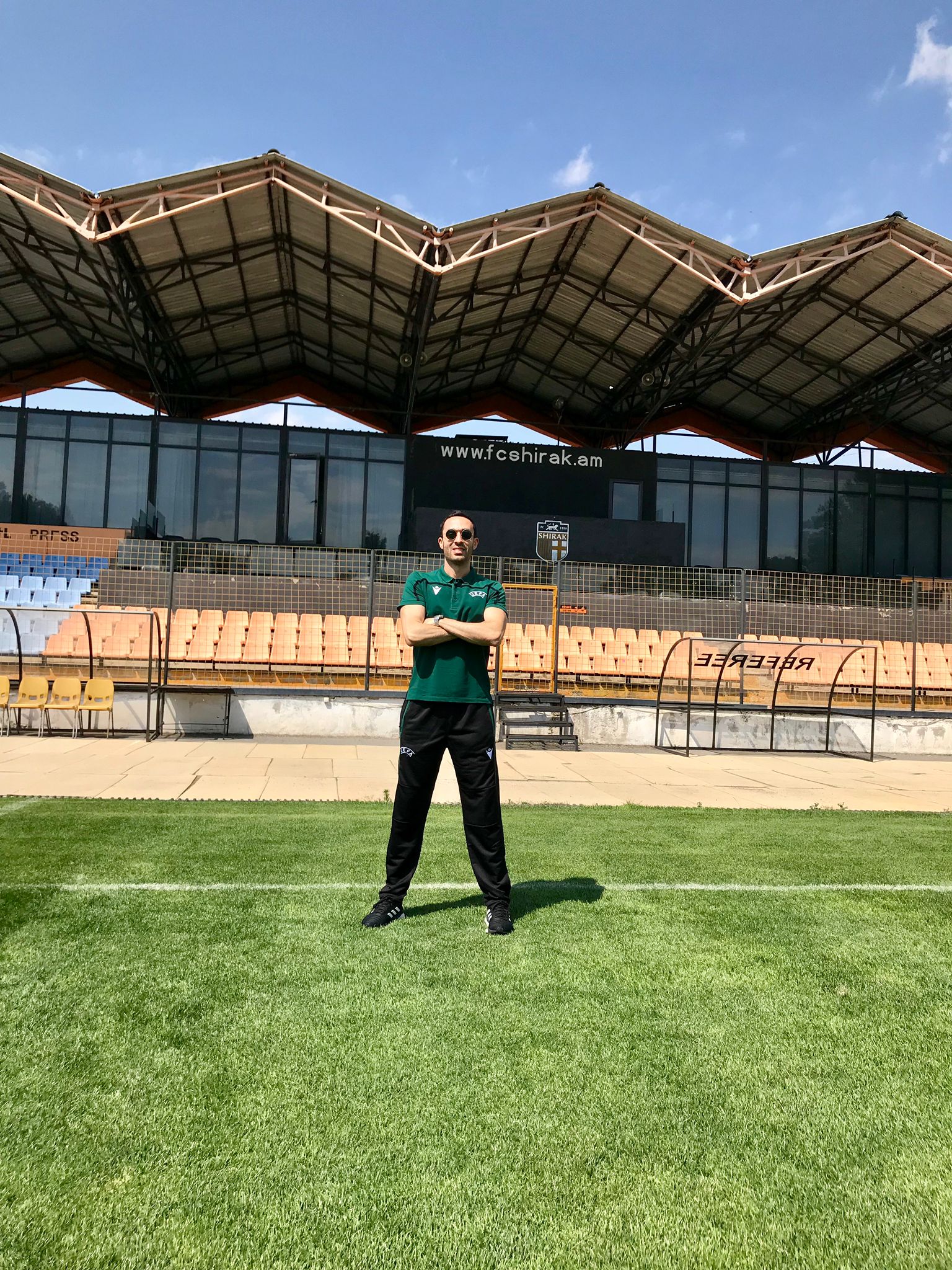 The CORE course gave him a lot of tips for the body and health. A strong mental health makes it easier to stay motivated. These lockdowns during covid make it hard, as many referees in Europe couldn’t officiate or even train outdoors. “It’s not simple”, he admits. But for him it’s crucial to stay active.  Scarpino also wants to address the importance of discipline. Sometimes you might be tired or feel lazy, but listen to that small voice inside you to go out and practise.

How will you change your approach to refereeing

One final advice by Scarpino: “Everyone has to think about how they fill in their life. That’s something that everyone has learned in covid year 2020.” So how will you apply this to your games and life? Love to hear that from you as a reader.